A Diabolical Plot by Bell Canada and Telus 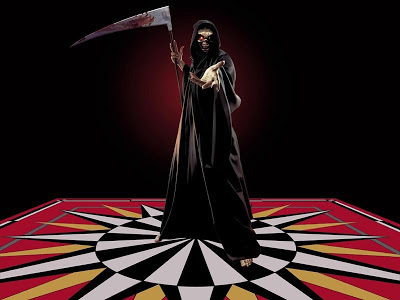 In the last 15 years or so, as a society we have had access to more information than ever before in modern history because of the Internet. There are approximately 1 billion Internet users in the world B and any one of these users can theoretically communicate in real time with any other on the planet. The Internet has been the greatest technological achievement of the 20th century by far, and has been recognized as such by the global community.

The free transfer of information, uncensored, unlimited and untainted, still seems to be a dream when you think about it. Whatever field that is mentioned- education, commerce, government, news, entertainment, politics and countless other areas- have been radically affected by the introduction of the Internet. And mostly, it’s good news, except when poor judgements are made and people are taken advantage of. Scrutiny and oversight are needed, especially where children are involved.

However, when there are potential profits open to a corporation, the needs of society don’t count. Take the recent case in Canada with the behemoths, Telus and Rogers rolling out a charge for text messaging without any warning to the public. It was an arrogant and risky move for the telecommunications giants because it backfired. People actually used Internet technology to deliver a loud and clear message to these companies and that was to scrap the extra charge. The people used the power of the Internet against the big boys and the little guys won.

However, the issue of text messaging is just a tiny blip on the radar screens of Telus and another company, Bell Canada, the two largest Internet Service Providers (ISP’S) in Canada. Our country is being used as a test case to drastically change the delivery of Internet service forever. The change will be so radical that it has the potential to send us back to the horse and buggy days of information sharing and access.

In the upcoming weeks watch for a report in Time Magazine that will attempt to smooth over the rough edges of a diabolical plot by Bell Canada and Telus, to begin charging per site fees on most Internet sites. The plan is to convert the Internet into a cable-like system, where customers sign up for specific web sites, and then pay to visit sites beyond a cutoff point.

From my browsing (on the currently free Internet) I have discovered that the ‘demise’ of the free Internet is slated for 2010 in Canada, and two years later around the world. Canada is seen a good choice to implement such shameful and sinister changes, since Canadians are viewed as being laissez fair, politically uninformed and an easy target. The corporate marauders will iron out the wrinkles in Canada and then spring the new, castrated version of the Internet on the rest of the world, probably with little fanfare, except for some dire warnings about the ‘evil’ of the Internet (free) and the CEO’s spouting about ‘safety and security’. These buzzwords usually work pretty well.

What will the Internet look like in Canada in 2010? I suspect that the ISP’s will provide a “package” program as companies like Cogeco currently do. Customers will pay for a series of websites as they do now for their television stations. Television stations will be available on-line as part of these packages, which will make the networks happy since they have lost much of the younger market which are surfing and chatting on their computers in the evening. However, as is the case with cable television now, if you choose something that is not part of the package, you know what happens. You pay extra.

And this is where the Internet (free) as we know it will suffer almost immediate, economic strangulation. Thousands and thousands of Internet sites will not be part of the package so users will have to pay extra to visit those sites! In just an hour or two it is possible to easily visit 20-30 sites or more while looking for information. Just imagine how high these costs will be.

At present, the world condemns China because that country restricts certain websites. “They are undemocratic; they are removing people’s freedom; they don’t respect individual rights; they are censoring information,” are some of the comments we hear. But what Bell Canada and Telus have planned for Canadians is much worse than that. They are planning the death of the Internet (free) as we know it, and I expect they’ll be hardly a whimper from Canadians. It’s all part of the corporate plan for a New World Order and virtually a masterstroke that will lead to the creation of billions and billions of dollars of corporate profit at the expense of the working and middle classes.

There are so many other implications as a result of these changes, far too many to elaborate on here. Be aware that we will all lose our privacy because all websites will be tracked as part of the billing procedure, and we will be literally cut off from 90% of the information that we can access today. The little guys on the Net will fall likes flies; Bloggers and small website operators will die a quick death because people will not pay to go to their sites and read their pages.

Ironically, the only medium that can save us is the one we are trying to save- the Internet (free). This article will be posted on my Blog, realitycheck.typepad.com, and I encourage people and groups to learn more about this issue. Canadians can keep the Internet free just as they kept text messaging free. Don’t wait for the federal politicians. They will do nothing to help us.

I would welcome a letter to the editor of the Standard Freeholder from a spokesperson from Bell Canada or Telus telling me that I am absolutely wrong in what I have written, and that no such changes to the Internet are being planned, and that access to Internet sites will remain FREE in the years to come. In the meantime, I encourage all of you to write to the media, ask questions, phone the radio station, phone a friend, or think of something else to prevent what appears to me to be inevitable.

Maintaining Internet (free) access is the only way we have a chance at combatting the global corporate takeover, the North American Union, and a long list of other deadly deeds that the elite in society have planned for us. Yesterday was too late in trying to protect our rights and freedoms. We must now redouble our efforts in order to give our children and grandchildren a fighting chance in the future.

This entry was posted in RagBlog and tagged Corporate Media, International Law, Internet. Bookmark the permalink.

2 Responses to A Diabolical Plot by Bell Canada and Telus