A Fundamental Breach of International Law 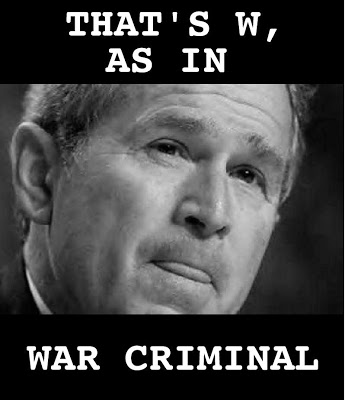 The former Prime Minister of Malaysia, Mahathir Mohamad, has echoed calls for Western leaders to be charged with war crimes over the illegal invasion of Iraq.

Speaking at Imperial College in London Mahathir, who was in office from 1981 to 2003, singled out US President George Bush, former British Prime Minister Tony Blair and Australia’s former prime minister John Howard as he wants to see them tried “in absence for war crimes committed in Iraq”.

The event was organised by the Ramadhan Foundation which is a leading British Muslim youth organisation working for peaceful co-existence and dialogue between communities.

Mohammed Shafiq, spokesman for the group said: “It was an opportunity for students to put a range of questions about war crimes and the international situation. He said that people have to stop killing each other and use arbitration, negotiation and discussion as an alternative to violence, war and killing.”

Speaking about the Iraq war, Mahathir focused on “the thousands dying, the economic war, the power of oil and how we could utilise some of these tools to have a leverage against the people who commit countries to war”, Shafiq said.

The event was incredibly well attended with over 450 people and 200 more had to be turned away.

Among the mountain of war crimes Western leaders are guilty of include:-

The illegal use of napalm and other chemical weapons

Mahathir Mohamad’s statement appears to be valid as the International Criminal Court defines the following as international crimes:

(a) Crimes against Peace:

Namely, planning, preparation, initiation or waging of a war of aggression, or a war in violation of international treaties, agreements or assurances, or participation in a common plan or conspiracy for the accomplishment of any of the foregoing:

Namely, violations of the laws or customs of war. Such violations include, but not be limited to, murder, ill-treatment or deportation to slave labor or for any other purpose of civilian population of or in occupied territory, murder or ill-treatment of prisoners of war or persons on the seas, killing of hostages, plunder of public or private property, wanton destruction of cities, towns or villages, or devastation not justified by military necessity:

Namely, murder, extermination, enslavement, deportation, and other inhumane acts committed against any civilian population, before or during the war, or persecutions on political, racial or religious grounds in execution of or in connection with any crime within the jurisdiction of the Tribunal, whether or not in violation of the domestic law of the country where perpetrated.

This entry was posted in RagBlog and tagged Iraq, Justice, War Crimes. Bookmark the permalink.