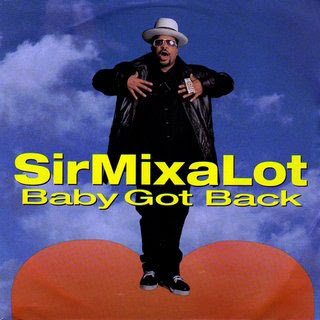 Dan Burrows: ‘Sir Mix-a-Lot’s “Baby Got Back” beat variance is as smooth as, well, a baby’s bottom. Maybe that’s why there was mad volatility on the market’s dance floor.’

‘When the stock market endures periods of high volatility — such as the one we’re in right now — chart-topping songs tend to have low “beat variance,”’ according to research by New York Poly’s Phil Maymin.

Investors have sought portents of the market’s future in everything from the length of ladies’ hemlines to which NFL conference wins the Super Bowl. Now — in the midst of the financial crisis — here’s a new theory on where to find omens: the Billboard music charts.

Phil Maymin, an assistant professor of finance and risk engineering at the Polytechnic Institute of New York University, has crunched 50 years worth of stock-market data — along with more than 5,000 hit songs. And he says he’s found an inverse correlation between stock-market volatility and whether the hot music of the moment is frenetic or steady.

What that means: When the stock market endures periods of high volatility — such as the one we’re in right now — chart-topping songs tend to have low “beat variance,” according to Maymin’s research. The opposite is also true, he says. Low-volatility markets correlate with music showing high beat variance. (Read the abstract of Maymin’s paper.)

It isn’t a question of whether the music is fast or slow, but instead how much the pace varies within a song. Some of the highest beat-variance marks in Maymin’s work came from crooners like Bobby Vinton and Barbra Streisand (think of how “The Way We Were” starts off slow and then speeds up). And while Billy Idol may have rocked the “Cradle of Love,” the beat he pounded out was steady — giving his hits a low beat-variance score.

Maymin says he doesn’t know whether the music is the chicken or the egg when it come to market volatility, only that a relationship exists. Maybe it’s just that people need to chill out when the market’s behaving like Spinal Tap on tour.

“What music do you listen to when you freak out?” Maymin asks. “Do you listen to crazy, volatile music? Or do you listen to Rick Astley’s ‘Never Gonna Give You Up’ to kind of calm yourself down?” (Memo to Ben Bernanke: Maybe you should try rickrolling the economy.)

It’s a bit counterintuitive at first. During periods when market volatility is relatively benign — such as in the early ’80s, ’90s and 2000s – music with higher average beat variance has been more popular. “That’s when people have more of an appetite for something like Alice Cooper,” Maymin says.

What’s more, Maymin says that it appears as if musical tastes can predict future market volatility. A strategy based on predicting market volatility from past beat variance appears profitable, on average. “The model predicts that realized volatility next year will be lower than it was this year,” he says. “So if I could sell implied volatility for one year in the high 40s, I would.”

So will reading Billboard magazine help you make a killing on the VIX, betting on market volatility through contracts on the Chicago Board Options Exchange? Finance blogger Paul Kedrosky called Maymin’s work “one of the stranger financial research papers I’ve seen in a long time.”

Maymin, whose resume includes advanced degrees from the University of Chicago and Harvard (along with a three-year stint with Long-Term Capital Management), says his trading model based on year-end Billboard charts and year-end average stock volatility has been very profitable. And — guess what? — its best year was 1987, our last great market crash.

Most investors, of course, shouldn’t play around with super-sophisticated trading strategies based on volatility implicit in the prices of near-term S&P 500 options and exhaustive regression analyses of beat variances of songs in the Billboard Top 100 since 1958 vs. the standard deviation of the stocks in the S&P over the same time frame. Still, it has given us an idea for Wall Street’s next hit band. Vixie Chicks, anyone?

See slideshow of Money to Buy, Sell or Hold By.