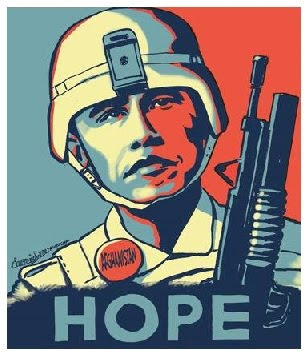 Tonight at 8 p.m. EST President Barack Obama is set to announce his commitment to the worst blunder in U.S. policy since Lyndon Johnson escalated the Vietnam War.

That was in March, 1965. Johnson’s escalation was generally unnoticed and went largely unopposed — for a while. The nation was still reeling from the 1963 murder of President John F. Kennedy, and still cruising on LBJ’s commitment to a Great Society that was to bring advances in Civil Rights, Medicare, a War on Poverty and much more.

Few imagined at the time that LBJ’s tragic mistake would surround those programs with poisonous wreckage. The Vietnam disaster stabbed deep into the soul of what was then the richest and most powerful nation the world had ever seen. In many ways we have never recovered.

But hopefully we’ve learned a thing or two.

There were, to be sure, draft card burnings by a prescient few. There were rumblings in the Congress. There were those who knew the Gulf of Tonkin “incident” on which LBJ’s war powers had been based was a complete deception.

But it was not until the mass marches on the Pentagon and elsewhere in 1967 that one could say a truly national grassroots anti-war movement had taken shape.

(Those who doubt the peace movement’s impact might recall, among other things, that Richard Nixon later said he would have used nuclear weapons in Vietnam had he not feared an unprecedented national upheaval.) 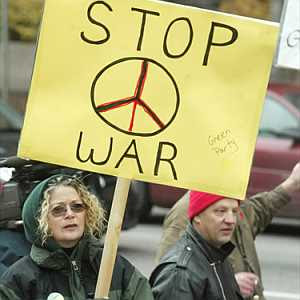 Tonight we take up immediately where that movement left off. Countless thousands will gather today and tomorrow to confirm — to ourselves, the world, and the corporate media — that we will do all we can to end this immoral and futile war.

The decision to send more troops to Afghanistan would seem to be great news for the corporate-military elite. It could take the focus of the progressive forces in this country off the target of a single-payer health plan and other social justice issues, and away from the need to rid our nation of nuclear power and fossil fuels.

These “reforms” would shift control from the medical, pharmaceutical and energy monopolies and into the hands of the people. This the military-corporate elite will resist with all its might. For them, the Afghan diversion is a vile profit center.

As the war in Vietnam diverted the huge national groundswell that had grown for civil rights and social justice, the war in Afghanistan is set to do the same to the grassroots movements for social justice and ecological survival.

We can’t let that happen.

As we oppose this war, we need to retain our commitments to national health care and to solving the global climate crisis in the only way it can — with a total shift to true green power, including a revived mass transit system.

This will not be easy to do. But to paraphrase LBJ, somewhere along the way we need to be able to walk and chew gum at the same time.

History is filled with social change movements that were subsumed by the demands of fighting against an unjust war. But we are forewarned and (non-violently) forearmed.

With justice comes peace… with peace comes freedom… with freedom, all is possible.

Stop this War. Win Single Payer. Get us to Solartopia. Our lives and those of our children depend on doing all three.

Here’s a website with a partial listing of planned actions. They will not be hard to find.

For events in Texas, go here.