Afghanistan: Not a ‘Good Fight’ Against Terrorism 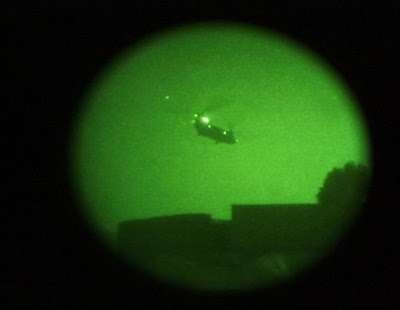 Time To Face The Facts On Afghanistan
By Eric S. Margolis / October 6, 2008

TORONTO — For those who savor historical irony, the Soviet Empire collapsed in the years 1989-1991 because of an implosion of its economy brought on by a ruinous arms race with the United States and the heavy costs of occupying Afghanistan.

Seventeen years later came the turn of the world’s other great imperial power, the United States. Lethally bloated by runaway debt, and burdened by 50% of the world’s military spending, the house of cards known as the US economy finally collapsed.

The doomsday news from New York and Washington has obscured most other world affairs. This is unfortunate because for the first time there is a flicker – and I mean only a flicker – of light at the end of the Afghanistan tunnel. It may only be an oncoming truck bomb.

The US-installed Afghan president, Hamid Karzai, revealed last week he had asked Saudi Arabia to broker peace talks with the alliance of tribal and political groups resisting Western occupation collectively known as Taliban. Saudi Arabia had been one of the few nations to recognize the Taliban government and retains considerable influence in Afghanistan and remains a loyal friend of Pakistan.

Taliban leader Mullah Omar quickly rejected Karzai’s offer, and claimed the US was heading toward the same kind of catastrophic defeat in Afghanistan that the Soviet Union had met. The ongoing financial panic in North America lent substance to his words.

The US economy is in grave peril and its big three automakers may soon face bankruptcy. In a crazy sidebar, as Wall Street and the Us banking system faced meltdown, the insouciant Pentagon just announced it would spend $300 million with American `contractors’ to spread pro-US propaganda in Iraq. This remarkable idiocy notwithstanding, Washington could soon run out of money necessary to keep paying for operations in Iraq, and bribing Pakistan with $250-300 million a month to wage war against its own rebellious Pashtun tribes people along the Afghanistan border.

The able and forthright US commander in Afghanistan, Gen. David McKiernan, urgently called for at least 10,000 more troops. US and NATO forces in Afghanistan are increasingly on the defensive, hard pressed to defend vulnerable supply lines in spite of massive fire power and total control of the air.

Attacks on US and NATO convoys are even beginning at the port of Karachi. The prospect of the US spreading a war it can’t win in Afghanistan into Pakistan is military and political madness.

Startlingly, Gen. McKiernan appeared to break with Bush administration policy by proposing political talks with Taliban and admitting the war had to be ended by diplomacy. The military men know this war cannot be won on the battlefield. McKiernan’s predecessor told Congress that 400,000 US troops would be needed to pacify Afghanistan. There are currently 80,000 western troops in Afghanistan, many of them unwilling to enter combat.

By sharp contrast, I recently asked Karl Rove, President Bush’s former senior advisor, how the US could ever hope to win the war in Afghanistan. His eyes dancing with imperial hubris, Rove brightly replied, `More Predators(missile armed drones) and helicopters! Then we’ll go into Pakistan.’

Which reminded me of poet Hilaire Beloc’s wonderful line about 19th century British imperialism that I use in my new book, `American Raj:’ `Whatever happens/we have got/the Maxim gun* /and they have not.’

Though Karzai’s olive branch was rejected, the fact he made it public is very important. By doing so, both he and Gen. McKiernan broke the simple-minded Western taboo against negotiations with Taliban and its allies.

Let us remember that Taliban is not a `terrorist movement,’ as claimed by western war propaganda, but was founded as an Islamic religious movement dedicated to fighting Communism and the drug trade.

Taliban received US funding until May, 2001. In fact, CIA keep close contacts with Taliban, many of whose members were US-backed mujahidin from the anti-Soviet war of the 1980’s, for possible future use against the Communist regimes of Central Asia and against China. The 9/11 attacks made CIA immediately cut its links to Taliban and burn the associated files.

In recent years, Western war propaganda has so demonized Taliban that few politicians have the courage to propose the obvious and inevitable: a negotiated settlement to this pointless seven-year war. A noteworthy exception came last April when NATO’s secretary general, Jaap de Hoop Scheffer, who admitted the war could only be ended by negotiations, not military means.

The Karzai government cannot extend its authority beyond Kabul because that would mean overthrowing the very same Uzbek and Tajik drug-dealing warlords and Communists chiefs that are its base of power. There is no real Afghan national army, just a bunch of unenthusiastic mercenaries who pretend to fight.

The current war in Afghanistan is not really about al-Qaida and `terrorism,’ but about opening a secure corridor through Pashtun tribal territory to export the oil and gas riches of the Caspian Basin of Central Asia to the West. The US and NATO forces in Afghanistan are essentially pipeline protection troops fighting off the hostile natives..

Both Barack Obama and John McCain are wrong about Afghanistan. It is not a `good’ fight against `terrorism,’ but a classic, 19th century colonial war to advance western geopolitical power into resource-rich Central Asia. The Pashtun Afghans who live there are ready to fight for another 100 years. The western powers certainly are not.

As that great American founding father Benjamin Franklin said, `there is no good war, and no bad peace.’ Time for the West to face reality in Afghanistan.

[Eric S. Margolis is an award-winning, internationally syndicated columnist. His articles appear in the New York Times, the International Herald Tribune, the Los Angeles Times, Times of London, the Gulf Times, the Khaleej Times and Dawn. Visit his blog – http://www.ericmargolis.com/. ]

This entry was posted in RagBlog and tagged Afghanistan, U.S. Military, War on Terror. Bookmark the permalink.

1 Response to Afghanistan: Not a ‘Good Fight’ Against Terrorism