Afghanistan : The Hole Keeps Getting Deeper 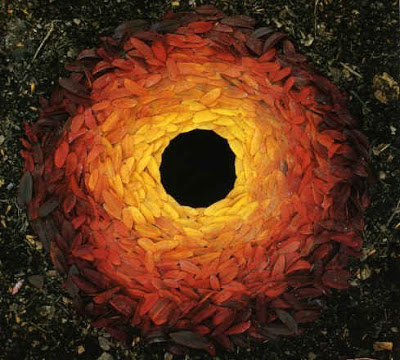 The first rule about holes is if you find yourself in one and you don’t want to be there, then, stop digging. Why is it so difficult for Obama to stop digging deeper in Afghanistan and to just get out? He’s pursuing a doomed strategy.

On Monday, July 5, according to the Minneapolis StarTribune, Senator John McCain spoke to the press during his visit to Afghanistan:

The Taliban know that Kandahar is the key to success or failure, so what happens in this operation will have a great effect on the outcome of this conflict. But I am convinced we can succeed and will succeed, and Kandahar is obviously the key area. And if [we] succeed there, we will succeed in the rest of this struggle.”

This is nonsense. It contradicts everything we know about guerrilla warfare from the first example of it with the American colonists fighting the British, to the Red Army fighting Chiang Kai Shek, to Castro fighting Batista, to the Vietnamese fighting the U. S.

The guerrilla strategy is not to hold territory and especially not to hold large cities. Their strategy is to build support in the countryside, then, when the occupying army takes a major city, they surround that army and annihilate it. That’s how the Russian Army defeated the Germans at Stalingrad. That’s how Washington forced the British to surrender at Yorktown. That’s why Chiang Kai Shek had to flee China, and Batista had to flee Cuba. That’s why the U. S. had to leave Vietnam.

It’s the war of the flea. One flea cannot destroy a dog. If he is too active the flea would be isolated and eliminated, but if he breeds, then a colony of fleas can exhaust a dog and kill him.

The Taliban are hoping the U. S. will try to occupy Kandahar. There will be booby traps, land mines, improvised explosive devices, and snipers in tall buildings; everything designed to inflict maximum casualties on us at minimal cost to them. And what will we have once we occupy Kandahar, a friendly and supportive population? Will they love us once we show them our government in a box, instant democracy?

This would be farcical, if it weren’t tragic. The cost in national treasure is bankrupting our economy, and the cost in human lives is bankrupting our soul. In the end, we will have to leave anyway. We’re scheduled to start our exit in one year’s time. They don’t want us over there. They consider us invaders. All of our advanced firepower is no match for the thousands of years of human relationships that those proud people will not sacrifice.

Even Michael Steele, the Chairman of the Republican Party, understands that. At a fundraiser in Connecticut, Steele called out Obama:

Needless to say, those remarks did not please the war hawks and neo-conservatives in the GOP. Liz Cheney, Dick’s daughter and the next generation to beat the drum for Halliburton and other war profiteers, called for Steele to resign: Calling Steele’s comments “deeply disappointing and wrong,” she said, “The chairman of the Republican Party must be unwavering in his support for American victory in the war on terror — a victory that cannot be accomplished if we do not prevail in Afghanistan.”

When Congress agreed to declare war on terror, they thought (and the American people thought) they were agreeing to hunt down and bring to justice the people who destroyed the Twin Towers on 9/11. Bush said he needed a bigger mandate because the Afghan government was shielding Al Qaeda and Osama bin Laden. Everyone thought, “Well, this is a national tragedy, and he must know more about it the we do, so let’s give him a free hand.”

Bush quickly took over Afghanistan with the help of the opium warlords, set up his oil buddy Hamid Karzai from Unocal as head of state, started to run the billion dollar opium trade, and started shoveling multi-billion dollar no-bid contracts to Halliburton, the Bush-owned family business. I’m sure the Bush family believes that with any luck at all and with Liz Cheney on the sidelines screaming “Chicken” and “Traitor,” this con could go on forever.

We invaded Afghanistan because Osama bin Laden and Al Qaeda were there. They’re not there anymore. But, when you’re up to your butt in alligators, it’s hard to remember your original plan was to drain the swamps. We need to remember our original plan. We need to pursue Osama bin Laden and Al Qaeda, but we need to think of them as an international police problem and not make them an excuse for a world war against every country that has fervent Muslim radicals.

One of the other casualties of the Afghan War might be the Obama presidency. The war hangs like a millstone around his neck sinking him deeper and deeper in the polls. In a recent Washington Post blog, Chris Cillizza said,

On hot-button issues Obama is deeply invested in — the economy, the war in Afghanistan — there is already evidence of considerable unrest among his liberal base. On Afghanistan, nearly seven in 10 liberals (68 percent) say the war is not worth fighting with a whopping 58 percent saying they feel that way strongly.

This is the activist base Obama needs to get Democrats elected in the fall. If he turns off that base and gives them an excuse to stay at home, then he’s handing the mid-term elections to the Republicans.

Let’s hope the smartest President we’ve had since Jefferson has common sense enough to read the writing on the wall.

1 Response to Afghanistan : The Hole Keeps Getting Deeper