Alan Waldman : ‘Absolutely Fabulous’ Was One of the Greatest TV Comedy Series 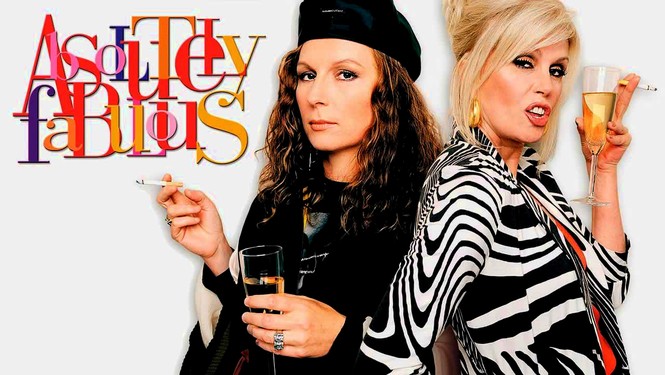 The brilliant Jennifer Saunders starred in and wrote all 39 of the episodes of this hilarious British sitcom.

Absolutely Fabulous is ranked as the 17th greatest British TV show of all time by the British Film Institute. Its pilot episode, “Fashion,” was ranked number 47 on TV Guide‘s “100 Greatest Episodes of All-Time.” And two episodes of AbFab (as it is commonly abbreviated) rank number 24 and number 29 on TV Guide‘s “Top Cult Shows Ever” list. It is very funny.

BAFTA awards have gone to Absolutely Fabulous as “Best Comedy” and to co-stars Jennifer Saunders and Joanna Lumley. It took the 1994 International Emmy award and has won or been nominated for 20 other major honors. More than 92% of the 8,765 viewers who evaluated it at imdb.com gave it thumbs up, and 38.6% rated it 10 out of 10.

In one episode, someone mentions Keith Moon, the wacky, drugged-out drummer from The Who, and Patsy says, “I used to date him.” Someone asks, “Really?” She replies, “Well, once I woke up underneath him.”

Also in the cast are Julia Sawalha as her normal daughter, June Whitfield as her mother, and Jane Horrocks as her completely ditzy assistant, Bubble. Many British actors guested. The central joke is that Edina’s daughter is more mature and conservative than she is.

From its three debut seasons (1992-95) to its two-hour “finale,” to its fourth series (1996) through various specials to three special episodes that ran before and during the 2012 London Olympics, AbFab was always funny and outrageous. So much so that after Roseanne Barr bought the rights to it and planned to air it on CBS, starring Carrie Fisher and Barbara Carrera, the network realized that its drug use, sex references, and total over-the-toppishness were way too much for U.S. audiences, and bowed out.

Nonetheless, AbFab aired in many countries (including Portugal, Macedonia, Finland, Brazil, and Estonia) and was shown in the U.S. on basic cable’s Comedy Central, BBC America, Oxygen, and (from 2011) on a gay-oriented channel called Logo.

Five seasons (29 of the 39 total episodes) are on Netflix, and many can be enjoyed on YouTube. Here‘s a sample episode. A film version is allegedly planned.