Remembering the late, great Sid Caesar, who didn’t laugh at my jokes… 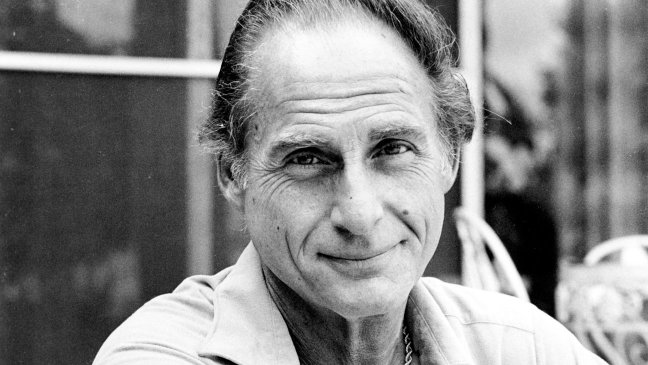 The wonderful Sid Caesar just died at age 92. What a tremendous talent!

From 1951 through 1958 he starred in the 90-minute classic sketch comedy Your Show of Shows and then Caesar’s Hour, where he and highly gifted sidekicks Imogene Coca, Carl Reiner, and Howard Morris delighted 60 million viewers a week. It was written by a Who’s Who of comic scribes, including Mel Brooks, Neil Simon, Larry Gelbart and young Woody Allen.

Sid won two Emmys, was voted the country’s best comedian and earned several lifetime achievement awards. Everything on his shows was performed live, including the commercials. Caesar ruled the writing staff, as was depicted in the Neil Simon TV film, Laughter on the 23rd Floor.

Caesar didn’t like one-line jokes, feeling anyone could do them, so 39 weeks a year he and his massive writing staff came up with hilarious sketches that he starred in. Some of his sketches ran 10 or 15 minutes long, and much of his funny dialogue was improvised. He was famous for his double-talk, which sounded like German or Japanese, Italian, Russian, etc., but was actually improvised nonsense.

During an alcoholic period of his life, he once dangled a terrified Mel Brooks out his 18th floor hotel room window and had to be persuaded to bring him back. (Brooks, however, once “robbed” actor Howard Morris of his wallet in a Central Park lake rowboat and didn’t return it for three weeks.) So they were all meshugena (nuts).

Once, when a horse tossed his wife, Caesar knocked it out with one punch…

Once, when a horse tossed his wife, Caesar knocked it out with one punch, a scene Brooks comically recaptured is his masterpiece film Blazing Saddles.

Sid played the lead in the screwball comedy It’s a Mad, Mad, Mad, Mad World,  which I saw the weekend after JFK’s assassination. Years later I heard a funny story about the shooting of that Stanley Kramer film from Carl Reiner.

He said, “At one point Buddy Hackett and I were standing on a rickety airport tower and were to be buzzed by a small plane. At any time between shots, an actor can yell ‘makeup,’ and someone will run over and touch up your makeup. After one take, the little airplane flew very close to us, and I cracked up the crew by yelling ‘underwear!'”

Sid was nominated for a 1963 Best Actor Tony Award for starring in the Broadway Musical Little Me, in which he played eight roles and had 32 costume changes.

After 10 pressure-filled years running TV shows, Caesar had problems with booze and pills and his career collapsed, until he gave them up “cold turkey” in 1977. He appeared in some TV and radio, including Brooks’s films Silent Movie and History of the World, Part 1. He also played the coach in musicals Grease and Grease 2.

I met him and Florence  (his wife of 66 years) and chatted with them for about 10 minutes. The Hollywood Reporter had sent me to cover director Stanley Kramer’s 84th birthday party, and lots of stars were there, including Gregory Peck and Sidney Poitier. I interviewed Carl Reiner, Jonathan and Shelley Winters, Karen Black, Stan Freberg, Billy Bob Thornton, Henry Jaglom, and other luminaries.

As I sat down at Caesar’s table, I exclaimed, ‘What a gala night! And at my age, a gal a night is about all I can handle.’ He smiled politely.

As I sat down at Caesar’s table, I exclaimed, “What a gala night! And at my age, a gal a night is about all I can handle.” He smiled politely.

He told me about when they met Picasso and his mistress in Paris. I told them about when I met Thorne Dreyer in Houston (just joshing).They were charming and delightful. At one point I effused, “My family used to watch your TV show religiously every week. My father and I wore yarmulke (prayer caps) and tallis (prayer shawls).” Again he smiled politely. I think his wife laughed.