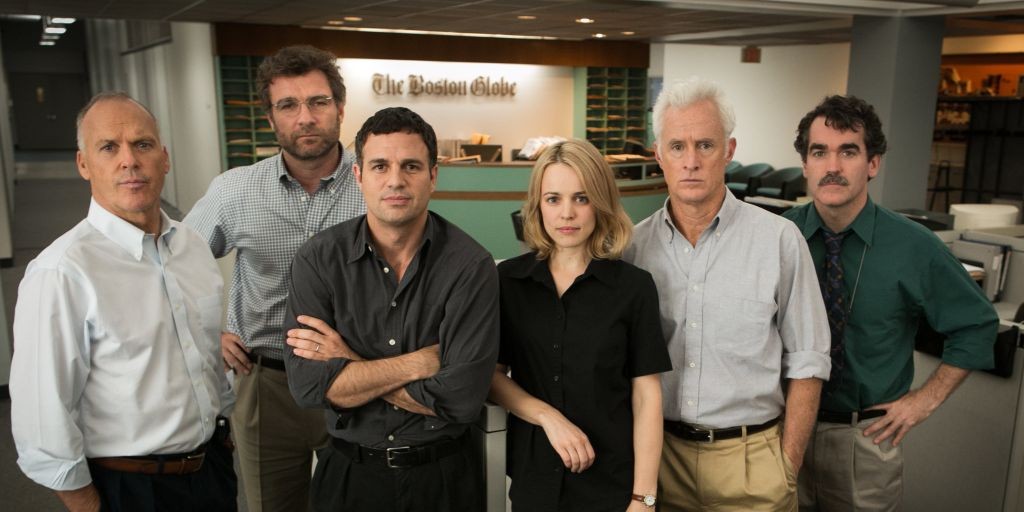 Cast of the Oscar-nominated Spotlight.

For the first time in many years, more than half of the top films I saw in 2015 were American. Five were documentaries, nine were dramatizations of historical events, three were British, two were Israeli, and one each were French and German. As in the past dozen years, I saw more better-quality productions on TV than on the big screen. (See list at the bottom of those I can remember today.)

Television Programs I Loved in 2015

The U.K.’s James Corden is an actor, writer and comedian whom my wife and I have loved for years. Last Spring he unexpectedly became host of CBS’s The Late, Late Show with James Corden, which we have thoroughly enjoyed, recorded and watched every morning since. It is always funny and imaginative, and he and his celeb guests have enormous fun together. Another talk show host from the British Isles that we greatly admire and would never miss is the mega-clever, Irish-born host of The Graham Norton Show, Saturday nights on BBC America. He pairs top American stars with nifty Brit comics we don’t know for mirthful evenings like the one which caused Matt Damon to exclaim, “This is the most fun I’ve ever had on a talk show!”

As usual I loved lots of well-made British series, such as: Scott & Bailey, Vicious, Last Tango in Halifax, Shaun the Sheep, Downton Abbey, Broadchurch, Ripper Street, Sherlock, Doc Martin, Wallander (the Branagh version), Monroe, Dancing on the Edge, Napoleon & Love, The Shadow of the Tower, and Last of the Summer Wine. Also, from Denmark Borgen, from Norway Lillyhammer, and from Sweden Wallander.

This entry was posted in RagBlog and tagged Alan Waldman, Best Films of 2015, Criticism, Film, Rag Bloggers. Bookmark the permalink.