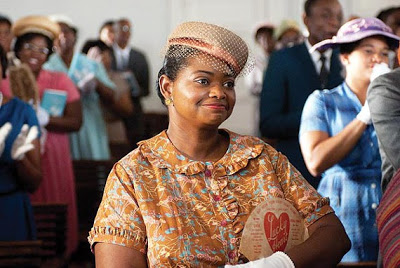 Octavia Spencer in The Help.
The Help is powerful, complex:
My 10 favorite films of 2011

As was the case last year, some of the films I was most anticipating (The King’s Speech then, The Descendants now) hadn’t played in my hometown of Corvallis, Oregon, by the time I was compiling my list, so they will be eligible for next year’s list.

In addition to those 2011 films listed below (in order of preference) my wife Sharon and I also really enjoyed these slightly older films that we saw via Netflix: the 2007 French film Farewell, the 1998 Australian film 15 Amore and the 2007 American film Honeydripper; we strongly recommend all of them to you.

Years ago my list of favorite films numbered as many as 30, but it has gotten shorter as more stupid films are made for teenagers and fewer good, smart films for adults make it to U.S. screens. And this year, as for each of the past dozen or so, we have seen many more excellent TV series (including foreign ones, via Netflix) than we have feature films, because TV writers are given more creative freedom and are constrained much less by studio executives who are trying to replicate what worked previously with audiences.

(Most of the listed films are currently available on DVD and Netflix.) 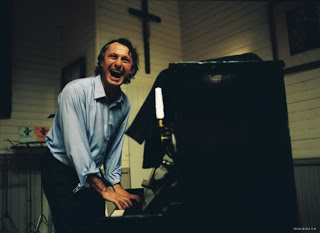 Michael Nyqvist stars in As It Is in Heaven.

This entry was posted in Rag Bloggers and tagged 2011, Alan Waldman, Criticism, Film. Bookmark the permalink.