Upper-class matriarch has prejudices that create conflict for her whole family in small-town ‘50s Oz. 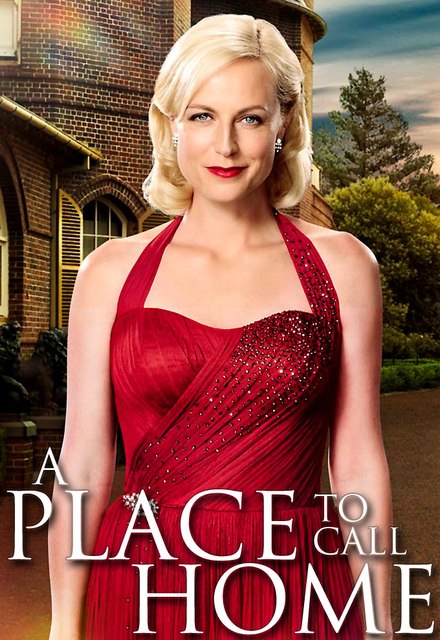 Marta Dusseldorp stars in A Place to Call Home.

A Place to Call Home (2013-2016) is a smart though soapy Australian television drama set in rural New South Wales after the Second World War. It follows nurse Sarah Adams (Marta Dusseldorp), who has returned to Australia after 20 years abroad and ends up clashing with wealthy matriarch Elizabeth Bligh (Noni Hazlehurst) and becomes dramatically enmeshed with her family and neighbors.

The series deals with all kinds of prejudice — anti-Semitism, anti-gay, anti-Italian, anti-Japanese, general class prejudice — and it is very steamy. The first four seasons (41 episodes) are very well written, produced, and performed. It was created by Bevan Lee and has been described as a “compelling melodrama about love and loss set against the social change of the 1950s.” Season 5 was announced in November 2016.

In three years the series has been nominated for nine major honors Down Under, including best drama series and program, best actress (Dusseldorp), outstanding supporting actor (Dave Berry) and actress (Jenni Baird) and most popular new talent (Abby Earl). It also won an award for its lush cinematography.

A Place to Call Home has aired in Israel, Finland, Denmark, New Zealand, U.S. (Acorn TV), Netherlands, UK, and Croatia. It received thumbs up from 95.6% of 1,534 viewers at imdb.com, and 32.9% rated it a perfect 10. It was strong with all demos, especially females, but was best with women 45 and older. Episode 1 drew 1.9 million viewers in a small country. 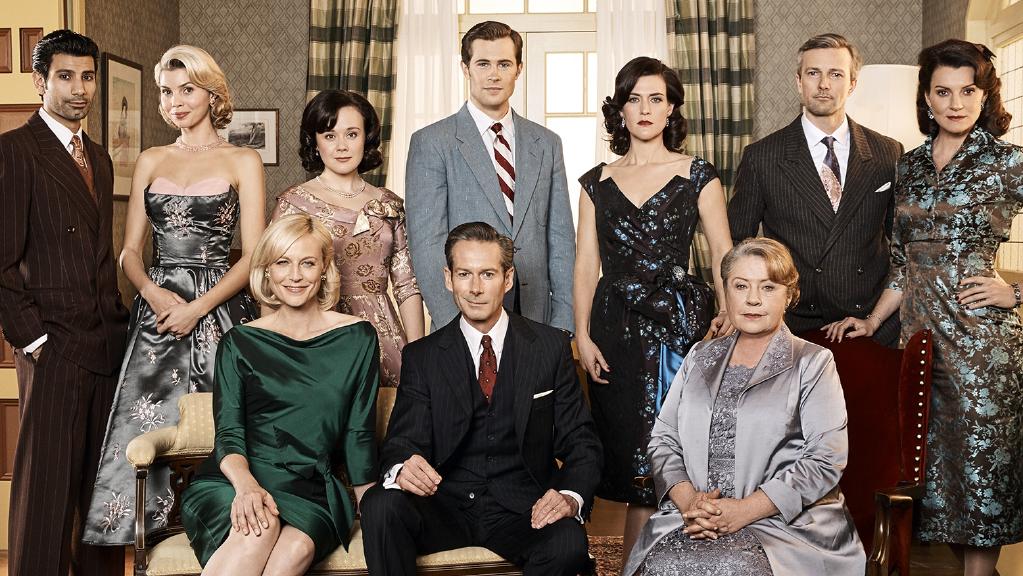 Cast of A Place to Call Home.

Returning to Sydney after World War 2, Sarah finds her devoutly Christian mother unwilling to forgive her for converting to Judaism in Europe and marrying a Jewish doctor. She accepts a nursing job at the small town of Inverness, where she gets embroiled with the wealthy Bligh family and falls in love with their son George — although she later learns her husband didn’t die in the war.

Series Creator Bevan Lee wrote 24 episodes, penned 29 episodes of All Saints, was story editor on 79 episodes of Prisoner of Cell Block H (forerunner of Wentworth) and created or wrote for a dozen other Aussie series. Marta Dusseldorp’s credits include Jack Irish and an Australian Film Institute best actress award for Janet King.

My sister recommended this show to me as the best TV series she had ever seen. I wouldn’t go that far (it’s still The Wire for me) but it’s very well done. There was a lot going on the 1950s, so it certainly keeps you involved.