An excellent cast, clever, and gripping story lines, and an oppressive milieu make this a top-notch, thinking person’s entertainment. 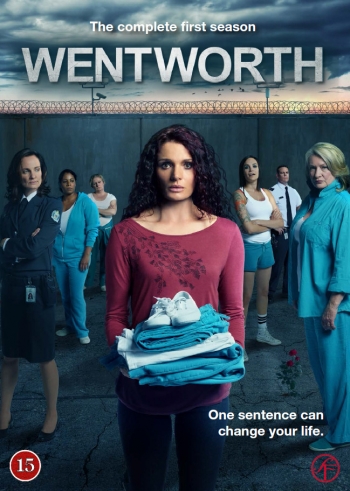 Wentworth is a compelling, edge-of-your-seat drama.

At a time when Orange is the New Black is delighting U.S. audiences and media, while drawing attention to the shocking plight of women behind bars — much as Bad Girls did in Britain — Australia’s Wentworth (in some countries titled Wentworth Prison and in Poland called Wiezienie dla kobiet) is a compelling, edge-of-your-seat drama down under.

Currently, Netflix is streaming two seasons (22 episodes; 2013-2014) of this series. A third 12-episode season is airing in Australia now, and a fourth has been ordered.

The program has been nominated for 19 other awards, including TV Choice Best International Show and 13 acting noms for eight cast members, including two for creepy Kris McQuade as ubervillainess Jacs Holt.

Wentworth serves as a contemporary re-imagining of Prisoner, which ran for 692 episodes on Australian TV from 1979 to 1986. Set in modern day, the current series centers on Bea Smith (Cormack) who is imprisoned for attempted murder of her abusive husband.

Unlike the situation in real U.S. prisons, where 60% of female inmates are in for nonviolent drug or drug-related theft crimes, these Aussie gals have mostly done the heavy stuff.

Wentworth has received a mostly positive reception from critics, and the first episode became the most-watched Australian drama series premiere in Foxtel history. The series has been picked up by 20 countries so far.

Ben Pobjie, writing in Australia’s The Age, called Wentworth “a triumph,” adding “so rarely in Australian TV do we see well-written characters collide with dead-on casting and tense, atmospheric direction as they have here. Wentworth is a powerful, almost cinematic drama with its own identity that incorporates echoes of the original Prisoner series.”

The plot follows several compelling story lines, but the main one is the path of newbie Bea Smith who soon learns that she has to deal with the top-dog prisoner, tough-as nails lesbian Franky Doyle, who heads a gang of gals and brooks no nonsense. Early on, in an unexpected prison riot, the “governor” (warden) is mysteriously murdered. She was the wife of guard Will Jackson (twice-nominated ASTRA Award Best Actor Robbie Magasiva) and the secret mistress of guard Matthew Fletcher (twice–nominated Best Actor Aaron Jeffrey). She is replaced by a new governor who tries some reforms, while having an adulterous lesbian affair with prisoner Franky. 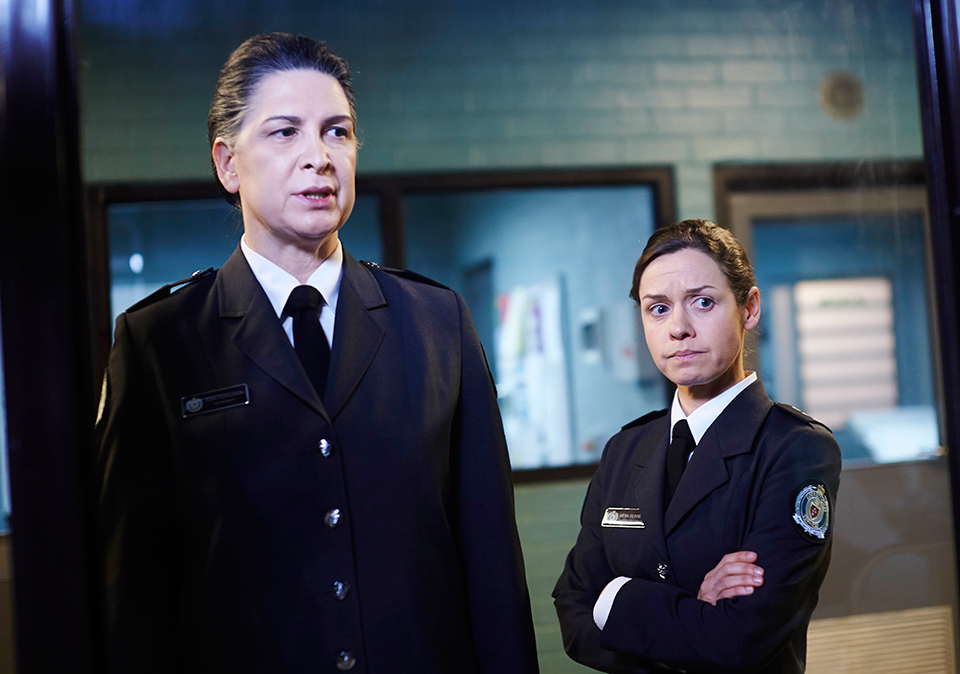 Before long, Franky’s power is seriously challenged by the arrival of Jacs Holt, matriarch of a major crime gang on the outside and instant head of a tough rival posse inside. Overt and covert warfare ensues, and Bea finds herself caught in the middle.

Jacs orders her son Brayden, who is secretly dating Bea’s beloved daughter Debbie and shooting heroin with her, to kill her with an overdose. Revenging this act sets in motion the main plot of both seasons, although a hell of a lot of good and evil stuff goes on simultaneously.

As in Orange is the New Black, one of the most compelling characters is a transgender woman (wonderfully played by Socratis Otto) who becomes a key figure in plots and counterplots, foiling a murder attempt and trying desperately to get a reliable source for her needed female hormones.

Following the end of the first season, it was revealed with much Ausssie excitement that notorious Prisoner character Joan “The Freak” Ferguson, a sadistic, lesbian prison officer, would be introduced in the second season as the new governor. She meddles in everyone’s lives and schemes against prisoners, guards, and even her boss on the prison board of governors. Tall, imposing Pamela Rabe, who is totally hateful in the role, was ASTRA-nominated this year for Outstanding Performance by a Female Actor.

I peeked at the plot synopses for the episodes of Season 3 already aired, and Ferguson’s back raising hell with Bea, who is now top-dog, after having bested Franky in a major knife fight. I can’t wait for Series 3 to come to Netflix later this year or next, although you can catch some episodes now on YouTube.

Plot elements in the white-knuckle first two seasons include drug smuggling, attempted murder, successful murder, attempted and successful suicide, all kinds of violence, sarcasm, sex in a garden shed, caring for a sick magpie, a clever prison escape, matricide, and many more of the things that today’s viewer craves. Highly recommended, except for the very squeamish.

Elements calling out for prison reform include abuse of solitary confinement, denying on-site access to children, sex between guards and prisoners, some sadistic wardens, limited programs and privileges, and much more.