A feature on Gerding is included in ‘Celebrating The Rag,’ a book to be released during festivities honoring Austin’s iconic underground newspaper. 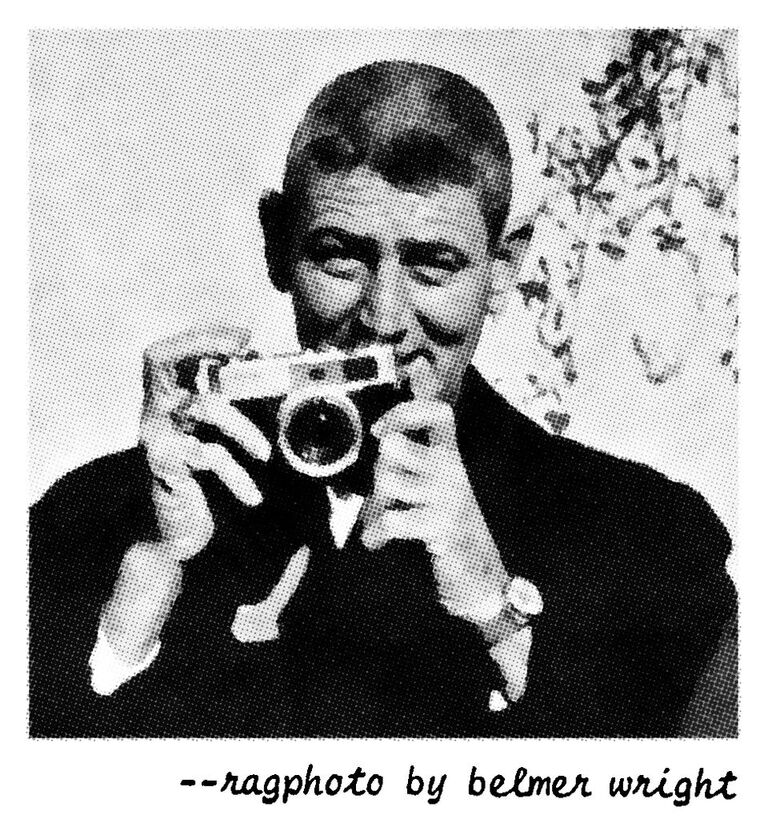 AUSTIN — Lt. Burt Gerding was the best known face of Austin’s Red Squad in the ’60s and early 70s.  He was omnipresent, often with his camera as shown in the photo above by Belmer Wright.  The following post, a brief description to accompany Wright’s photo, will be included in a book, Celebrating The Rag: Austin’s Iconic Underground Newspaper, scheduled for release in October 2016.  The book will be available at the upcoming Rag Reunion and Public Celebration of Austin’s historic underground newspaper, The Rag, that published from 1966-1977.

Celebrating The Rag will include more than 100 articles from the original Rag, accompanied by art and photography, including work by artists Jim Franklin, Gilbert Shelton, Kerry Awn, Trudy Minkoff, and Marie Valleroy and photographers Alan Pogue and Danny Schweers, as well as several contemporary essays reflecting on the history and impact of the paper.  This is the second post of material to be published in the Rag book.

The Rag Reunion and Public Celebration, scheduled for October 13-16, 2016, will include exhibits, presentations and discussions, parties, a Gentle Thursday reunion, a concert at Threadgill’s restaurant and music venue, and much more. Learn more about it on our Rag Reunion page.

Lt. Burt Gerding of the Austin Police Department was well-known to Rag activists as the Red Squad cop. Lt. Gerding and Capt. George Phifer were on surveillance at civil rights and antiwar demonstrations, SDS meetings, outside homes, and occasionally inside Rag offices. We were their beat. When Ragstaffer Gary Thiher asked Gerding why he had shown up in the alley outside his new apartment, Gerding replied, in his trademark sardonic manner, “Everybody’s got to be somewhere.” 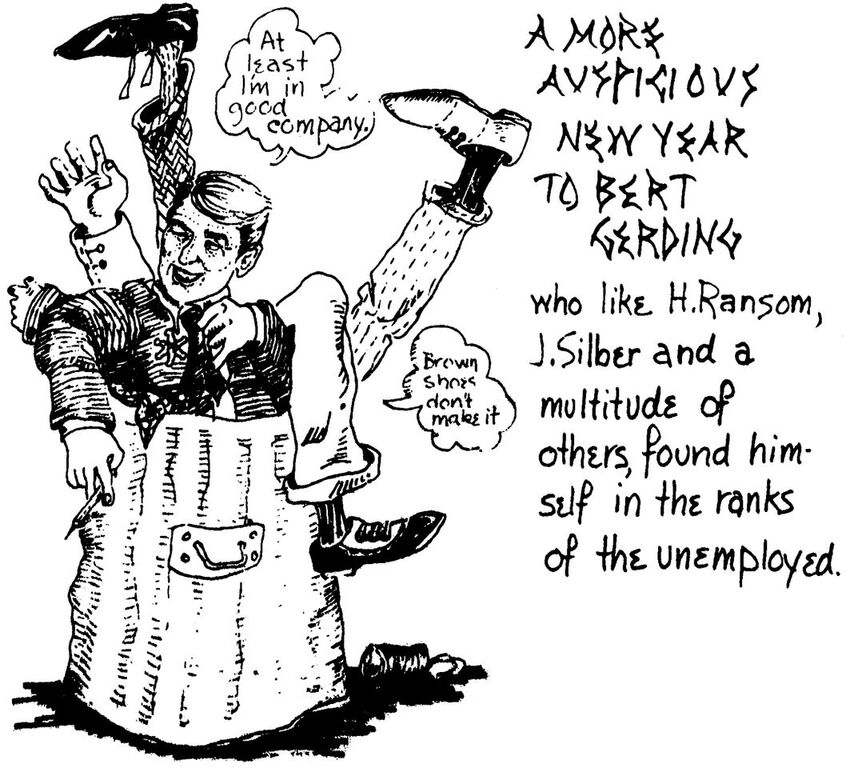 This cartoon about Bert Gerding was published in the original Rag on December 14, 1970, and will appear in a new book about the paper.

Both Gerding and Phifer had ties to the FBI; Phifer attended the FBI Academy in 1961. Gerding’s ties are elaborated in the biographical sketch of the Burt Gerding papers of the Dolph Briscoe Center for American History, UT-Austin:

Through FBI agent and friend George Carlson, Gerding worked with agents from the FBI’s secret Counterintelligence Program, known as COINTELPRO. The program was established in 1956 to ‘expose, disrupt, misdirect, discredit, or otherwise neutralize’ American political groups that were considered threatening or subversive.

When Gerding left the Austin Police Department at the end of 1970 to join security efforts at Westinghouse Electric in Round Rock, The Rag celebrated with a cartoon. Burt Gerding died in 2013.