Alternative Media : Reporting From The Ground Up 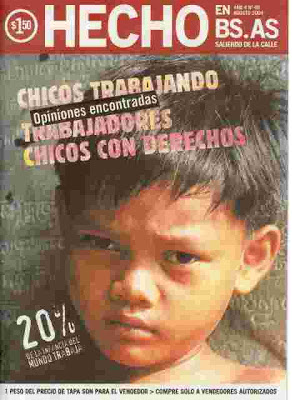 This is how international grassroots journalism, by and for the people, can really look and feel. As for what it can accomplish? The proof is in the pudding, something I got a good taste of last week in Glasgow, Scotland, participating in the 13th annual conference of the International Network of Street Papers (INSP).

In our corporate-dominated media marketplace, an upstart, not-for-profit journalistic enterprise like the INSP is a rare breed indeed. The organization has been around since 1994, initially as the result of a collaborative effort on the part of five, Western European homeless (or “street”) papers. A fiery, opinionated bloke named John Bird founded one of those street papers, The Big Issue, in London. Many of Bird’s life experiences were marked by extreme poverty, as well as horrific experiences of abuse in orphanages, jails and prisons. Now a 62-year-old, Bird still serves as editor-in-chief, having lost neither his survivor’s edge nor his sense of outrage at the ease what he considers disempowering “handouts” to the poor.

The Big Issue has since gone on to become a household name in the United Kingdom—in fact, the paper’s incarnation in Scotland is now that nation’s best-selling weekly news and entertainment magazine. But the INSP hasn’t changed its tune where their central passion is concerned: constant dedication to self-sustaining, skill-building, advocacy journalism for the poor, disenfranchised, and homeless. 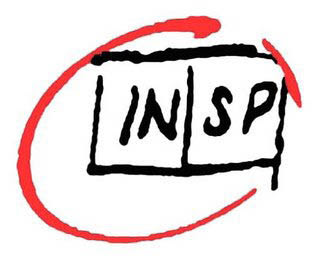 Although the INSP’s affiliate publications reach an estimated 32 million readers every year, the organization certainly can’t pretend to have the clout or circulation of, say, AOL-Time Warner or Rupert Murdoch’s fittingly named News Corporation. But those aren’t the arenas in which the INSP is trying to compete. Through their diverse network of more than 90 “street papers” (ranging from down-to-the-basics, black-and-white newspapers to photograph-chocked, full-color magazines), INSP’s member affiliates (with assistance from the integral Street News Service) are busy covering news, cultural and political terrain in 38 countries.

Class structure, poverty, housing, homelessness, the drug war, incarceration, infectious diseases, gang life, racial/ethnic/religious discrimination, police brutality, sex trafficking and prostitution are among frequently covered subjects. With all that in mind, the INSP has to know quite a bit about staying flexible, open-minded, and what it means to be mindful of cultural differences in reporting/reading styles. Yet, there’s no compromise to be made when it comes to the INSP’s mission to inform, enlighten, sustain, and uplift the very people who write for, sell and read their publications.

I went to Glasgow as a volunteer instructor on investigative journalism techniques (especially the more delicate or “controversial” approaches involved in gaining trust with highly marginalized populations), in addition to serving in the capacity as a judge for the INSP’s first-ever journalism awards’ ceremony. (Other editors came from the top rungs of Reuters, Inter Press Service, and Al Jazeera English.) Out of more than 125 entries, a handful of INSP winners were chosen in six categories, ranging from best investigative feature to best cover design.

The location chosen for ceremony, the grand halls of the Kelvingrove Art Gallery, could have easily formed the backdrop for a high-profile film festival. Some of those media-friendly trappings were there already: glasses of bubbly, elegant attire, tearful acceptance speeches, even the blare of musical interludes between awards. The attire, however, was as much traditional Scottish kilt as Ethiopian ceremonial tunic (and everything in between), while those tearful acceptance speeches weren’t about thanking God and the caterer for “making it happen.” Instead, they took the form of painful accounts relating to the imminent or early demise of beloved street paper vendors, whether due to infectious disease, mental illness, late-stage cancer or police murder. These awards were about celebrating success, yes, but they were just as much about addressing the everyday lives of the people writing stories and selling papers from Argentina to Zambia.

“Many of our delegates, partners and guests told me that the 13th Annual Conference of the INSP in Glasgow was the ‘best yet,’ as INSP Executive Director Lisa Maclean enthused after the gala. “There could be many reasons for this: the growing number of delegates (this was the largest INSP conference to date, with 96 delegates from 32 countries); the increased diversity of participants; or the growing representation from the Global South. But I also think that it was clear that the INSP team had listened to our members, providing particularly thoughtful forums for lively and interactive debate, with experts drawn from both the internal membership and external bodies. People really had the opportunity to exchange ideas and gain new ideas and inspiration to improve their local street paper projects.”

I came in to this year’s conference as an eager participant, with no previous experience with the INSP, and left an inspired reader and witness to what I consider to be one of the most moving developments in journalism in the last century. Having gained insight into what’s already been accomplished in the last 15 years, with nowhere near enough fanfare, I can only look forward to spreading the good word about the work ahead.

This is what independent, international grassroots journalism looks like. It isn’t just possible—it’s already happening, and it’s exciting, enduring and, dare I say, revolutionary for all parties concerned.

[Silja J.A. Talvi is an Advisory Board member of Seattle’s twice-monthly investigative street newspaper, Real Change, established in 1994. Real Change is a member of the INSP, and a core content provider for the Street News Service. She is a senior editor at In These Times, an investigative journalist and essayist with credits in dozens of newspapers and magazines nationwide.]

The Austin Advocate is a member of the International Network of Street Papers (INSP).