American Crimes Against Humanity Slowly See the Light of Day 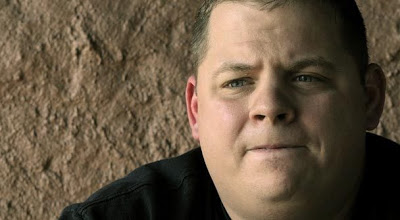 Former Guantánamo prison guard Brandon Neely has come forward to air his feelings of guilt about how he and some soldiers treated the prisoners shortly after 9/11.
Photo: Pat Sullivan/AP.
Ex-Gitmo guard describes abuse
By Mike Melia / February 15, 2009

SAN JUAN, Puerto Rico — Army Pvt. Brandon Neely was scared when he took the first shackled detainees off a bus at Guantánamo Bay, Cuba. Told to expect vicious terrorists, he grabbed a trembling, elderly detainee and ground his face into the cement, the first of a range of humiliations he said he participated in and witnessed as the prison was opening for business.

Neely has come forward in this final year of the detention center’s existence, saying he wants to air his feelings of guilt and shame about how some soldiers behaved as the military scrambled to handle the first suspected al-Qaida and Taliban members arriving at the U.S. Navy base.

His account, one of the first by a former guard describing abuses at Guantánamo, describes a chaotic time that soldiers lacked clear rules for dealing with detainees who were denied many basic comforts. He said the circumstances changed quickly once monitors from the International Committee of the Red Cross arrived.

The military said it has gone to great lengths in the seven years since then to ensure the prisoners’ safe treatment. “Our policy is to treat detainees humanely,” said Navy Cmdr. Jeffrey Gordon, a Pentagon spokesman.

After the Sept. 11 attacks and the swift U.S. military response in Afghanistan, the Bush administration had little time to prepare for the hundreds of prisoners being swept up on the battlefield.

The U.S. Southern Command was given only a few weeks’ notice before detainees began arriving at Guantánamo Bay Naval Base in Cuba, a locale thought to be beyond the reach of U.S. and Cuban law. The first arrivals were housed in cages.

President Obama is committed to closing the prison and finding new ways of handling the remaining 245 detainees and any future terrorism suspects. Human-rights group officials said his pledge to adhere to long established laws and treaties governing prisoner treatment is essential if the United States hopes to prevent abuses in the future.

“If Guantánamo has taught us anything, it’s the importance of abiding by the rule of law,” said Jennifer Daskal, senior counterterrorism counsel for Human Rights Watch.

Or as Neely put it in an interview last week, “The stuff I did and the stuff I saw was just wrong.”

Neely, who served for a year in Iraq after his six months at Guantánamo, received an honorable discharge last year, with the rank of specialist, and works as a law-enforcement officer in the Houston area. He is also president of the local chapter of Iraq Veterans Against the War.

Neely, 28, described a litany of cruel treatment by his fellow soldiers, including beatings and humiliations he said were intended only to deliver physical or psychological pain.

A spokeswoman for the detention center, Navy Cmdr. Pauline Storum, said she could not comment on “what one individual may recall” from seven years ago. “Thousands of service members have honorably carried out their duties here in what is an arduous and scrutinized environment,” she said.

Neely’s account sheds new light on the early days of Guantánamo, where guards were hastily deployed in January 2002 and were soon confronted by men stumbling out of planes, shackled and wearing blackout goggles. They were held in chain-link cages and moved to more permanent structures three months later.

The soldiers, many still in their teens, had no detailed standard operating procedures and were taught hardly anything about the Geneva Conventions, which provide guidelines for humane treatment of prisoners of war, Neely said, though some learned about them on their own initiative.

“Most of us who had everyday contact with the detainees were really young.”

Army Col. Bill Costello acknowledged that Guantánamo-specific procedures developed over time, but insisted that the guards had strict direction from the start.

“This was a professional guard force,” said Costello, who served as a Guantánamo spokesman during its first months and now speaks for the U.S. Southern Command in Miami, which oversees the base.

Only months had passed since the Sept. 11 attacks, and Neely said many of the guards wanted revenge. Especially before the first Red Cross visit, he said guards were seizing on any apparent infractions to “get some” by hurting the detainees.

The soldiers’ behavior seemed justified at the time, he said, because they were told “these are the worst terrorists in the world.”

He said one medic punched a handcuffed prisoner in the face for refusing to swallow a liquid nutritional supplement, and another bragged about cruelly stretching a prisoner’s torn muscles during what were supposed to be physical-therapy treatments.

He said detainees were forced to submit to take showers and defecate into buckets in full view of female soldiers, against Islamic customs. When a detainee yelled an expletive at a female guard, he said a crew of soldiers beat the man up and held him down so the woman could repeatedly strike him in the face.

Neely said he is ashamed for how he treated that elderly detainee the first day. As he recalled it, the man made a movement to resist on his way to his cage, and Neely responded by shoving the shackled man headfirst to the ground, bruising and scraping his face. Other soldiers hog-tied him and left him in the sun for hours.

Only later did Neely learn — from another detainee — that the man had jerked away thinking he was about to be executed.

Neely grew up in a military family in Huntsville, Texas, and said he initially saw the Army as a career. He said his experiences led him to see the treatment of detainees and the Iraq invasion as “morally wrong.”

He refused to return to active duty when called up from the Inactive Ready Reserves in 2007 and ignored letters threatening penalties.

Interviews with former guards are rare. The military allows journalists visiting Guantánamo to interview active-duty guards at the base, but they are hand-picked by the military and speak in the presence of public-affairs officers.