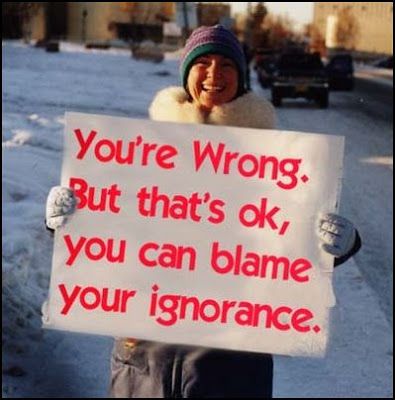 It’s a full time occupation trying to unravel the reasons Americans remain in the dark. What seems (to any intelligent outside observer) like sheer stupidity and arrogance is in reality an almost inescapable indoctrination process that begins before you are born, and ends some time after you’re dead. It is a system so complex and all encompassing that few can recognize any reality outside of it at all, and that of course is its intended purpose.

The astonishing amount of rage demonstrated during the course of this fallacious healthcare debate has exposed a great many unfortunate realities about the United States. This country’s inherent ability to avoid the truth about its own origins and behaviors has become increasingly apparent during the first six months of this presidency, and (as a result of the continued collective denial) there’s no chance of it ending any time soon.

It’s generally not hard to find examples of the totality of mind control in this country, but last week produced a couple of rare examples. Arlen Specter’s Town Hall meeting was evidently an important “test case” for the organizers of disingenuous dissent, and we got to see a variety of the false arguments. Just look at the two most obvious incidents.

First there was Craig Miller. Aside from the hypocrisy of the fact that in eight years of Bush, I don’t recall one “protester” causing that kind of disruption, wagging their finger in the face of a senator, calling down the wrath of God on him, while the police stand around and wait for him to run out of breath – but the really astonishing event was the interview the next morning. Truly, it must be seen to be believed. In eight minutes of interview, the man could not produce a single, solitary, intelligible reason for his rage. It was so embarrassing, that he eventually had to refer to his crib notes just to eek out some nonsensical fear of Czars, before Dylan had to mercifully end the non-conversation.

However the textbook example of why people in this country have no concept of reality was delivered by Specter’s other heckler, Katy Abram. Certainly you all remember her… She was the one who announced that the “sleeping giant had awakened.”

“I don’t believe this is just about healthcare, it’s not about TARP, it’s not about left and right, this is about the systematic dismantling of this country. I’m only thirty-five years old, I’ve never been interested in politics. You have awakened the sleeping giant. We are tired of this. This is why everybody in this room is so ticked off. I don’t want this country turning into Russia – turning into a socialized country. My question for you is what are you going to do to restore this country back to what our founders created according to the constitution.”

First of all, what a meaningless statement and question that has no possible rational answer – and only serves to give the people like Craig Miller something generic to cheer for. The all-encompassing, non-specific, return to the “glory days” of the founding fathers. This is the kind of reaction these “phrases” are supposed to elicit, and that is what they are designed for. Not that Katy herself came up with any of it of course… She is merely parroting whatever and whoever she is listening to.

Evidence of that reality became painfully obvious when she was interviewed the next day by Laurence O’Donnell. From the onset, she flashed her doe in the headlights look (that would be charming if this was a game show), and proceeded to demonstrate her lack of knowledge about virtually everything that has occurred (in this country and on this planet) in the last ten years.

O’Donnell: “What made you want to go”

Abram: “Umm, just sheer frustration, umm, I see all these things being pushed through very quickly, umm, TARP, this healthcare bill, umm, cash for clunkers, and the frustrating thing to me is these programs are being funded by me, my friends, my family, umm, we have a small business and the amount of taxes we pay out of that is ridiculous. And yet they want us to pay more – I, or, it sounds like they want us to pay more, so that, that is the root of my frustration. This was the straw that broke the camel’s back.”

O’Donnell: “In the plans discussed so far, the increase in taxation would occur only on families with incomes of over $250,000. Would that include you and your family?”

Are you serious? After that ridiculous rant about her, her husband, her friends, and her family having to fund these programs (like it’s the first time she’s seen a government), we find she has no idea how much her husband makes, how much they pay in taxes, or even what tax bracket they are in?!? The only thing ridiculous about the amount of taxes “she” pays is that she doesn’t know the amount of taxes “she” pays, and has the nerve to portend outrage about it. Not to mention it is quite a testament to the woman’s equality movement in this country – and particularly in her household.

O’Donnell: “Do you and your family have health insurance?”

Abram: “Yeah we do have health insurance, umm, we have a heath savings account that we pay for ourselves. We, we have a $5,000+ deductible, umm, that basically in the course of a normal year we will pay for all of our medical out, our medical needs out-of-pocket – doctors visits – and this year’s been a little more difficult cuz my son’s had surgery and it looks like we’re looking for his, at a second one, umm, we’re almost at our deductible so that’s a good thing ( chuckle ), but that was a choice that we made, and that’s what we wanted to do. Umm, and I want to be able to keep that choice, I don’t want to be forced or slowly coaxed into a single payer program… I want to have my choice.”

Truly, it’s hard to believe how stupefied the people in this country are. Certainly that’s nothing new (in fact it’s the crux of keeping these feeble minds enslaved), but look at the depth of her confusion. Here we have a woman that after explaining that (for all intents and purposes) her family has no insurance, she claims to be afraid that someone will take that “choice” away from her. Her (and her husband who obviously made this ridiculous arrangement) pay the entire cost of their healthcare every year, plus whatever they pay to the insurance company that is laughing at them, and they are afraid someone is going to forcibly take that choice away from them? Force them to what? Not pay for Non-healthcare?

I’m fairly sure they have nothing to worry about. I can’t imagine that in the good-ol’ USA, someone is going to deprive you of your right to be an idiot and get screwed out of money you never see any return from – unless you “get lucky” and your child has to undergo two major surgeries in a year. These nitwits think they are defending their “free choice as Americans,” when in reality they are defending the corporation’s right to keep them poor, sick, and stupid – and forcing the rest of the populous to have no choice either.

But even more distressing and telling about the lack of awareness in this country is this next exchange, after explaining that her and her parents “don’t talk politics” ( Who would have ever guessed ).

O’Donnell: “You said in your statement that you are thirty-five years old, and that nothing has gotten you interested in politics before, and what’s interesting to me about that is that means you – as an adult – lived through 9-11, lived through the invasion of Afghanistan, the war in Afghanistan, the first chapter of what became two wars in the middle east – including the Iraq war. You lived through all of that, and were not – as you put it – “awakened” into an interest in politics. How could those things pass through your life like this and not spark any interest in politics prior to Washington saying “we think we want to help out some people who can’t afford health insurance the way you can.” Why would this be the thing that wakes you up after you were willing to just ignore politics as we went past 9-11, into Afghanistan, into Iraq?”

Abram: “Sure, I, I always seemed to have faith in the government and honestly, I didn’t really care (laugh). Umm, I had other things going on – ya know, getting married, having children – it just, it wasn’t a priority in my life, and, ya know I really didn’t start even watching the news at all I think until maybe 1991 I guess it was, when, umm, we first went to the Gulf War – I remember watching CNN with my dad and watching the infra-red missiles going across that you could see, umm, and, I think it, to me, I mean maybe I’m just not that smart, but you know, it seems like we’ve kind of been at war for, since then, I mean – or maybe even before, I don’t know – it just always seem like we’re having some kind of conflict so, that, you know, whether, about wars – umm, I don’t know, that just seems common place now… Umm, I think everybody’s just so used to it.

What an atrociously callous and ignorant statement that surely could only come from an American. Ten years of genocidal crusader conquest for corporate profit, leaving untold millions dead, dying, and diseased, and this woman has the temerity to say “everyone is just used to it.” If white phosphorous and depleted uranium weapons were raining down on her family and her healthcare needs included raising a child without any eyes, or scull, or arms, or legs as a result of the poisoned environment, I suspect she might be a little less flippant and a little less “used to it.” What this country did in the last ten years, the whole world is going to have to deal with for the next hundred, and people like this are unaware anything has happened at all. This pathetic culture and its inability and unwillingness to recognize the continuous crimes committed against the lands and peoples of the world, is why people like this woman can tra-la-la through life without a clue of the horrendous damage her ignorance allows.

In part two, I’ll examine how Americans in general (but these people in particular) develop these false realities, and where they get their “information” from.

Litany of Threats and Racist incidents – over healthcare

The Obama Problem: Black, and Unaware of it

Specter’s Heckler: Interview with the mindless