Americans Cannot Vote Their Way Out of This Mess 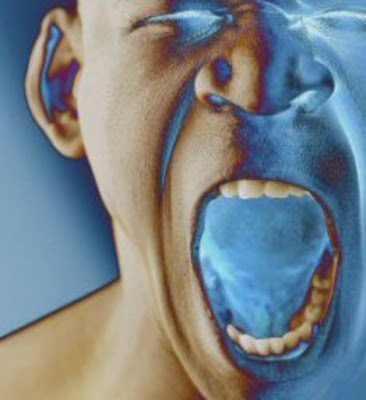 Delusion is the opiate of the masses. Credit: open source.
Eat Your Cats and Dogs
By Joel Hirschhorn / September 29, 2008

Nations come and go, rise and fall as elites and the wealthy make victims of most citizens and plutocracies prevail. Current dogma is that we live in the greatest nation on Earth. Perhaps in terms of ideals there is some truth to that. But with another trillion dollars that we now must borrow at higher costs because of the meltdown of the financial sector, solidifying our position as the greatest debtor nation, Americans have little to be proud of. Our government and politicians as well as the corporate state have failed us. What do our young people and future generations have to look forward to? Be prepared to eat your cats and dogs.

Still more lies and deceptions will surely hit us as the fear-selling two-party plutocracy works hard to convince us prior to the coming election that things have turned better. In reality, there is no reason whatsoever for thinking that the nation is back on the right track. Of all the many narcotic delusions filling people’s heads the most dangerous and self-defeating is that we can vote our way out of this mess. Everyone needs to understand that Democrats in Congress have played a major role in delivering the nation into the abyss we now find ourselves in.

If Barack Obama had an ounce of honesty and courage he would have boldly told his first debate audience that he was going to modify his spending plans and focus on reducing the nation’s debt. And why did he not express deep sadness that the current bailout was repeating a long history of making a mockery of capitalism, with government refusing to let most large companies fail? When corporate fat cats know that they can continue to rape the country and walk away with tons of money, all we really have is corporate socialism. So why did we not hear Obama talk about his commitment to put corporate criminals in prison? Not dozens, but hundreds of Wall Street thieves and lying bank officials should be dragged publicly in handcuffs into the justice system. Why can’t Obama talk this way?

Don’t get me wrong. John McCain is even worse. Newsweek has reported that McCain, in his last mission before becoming a prisoner of war, ignored the warning that an enemy missile had locked onto his plane and instead of taking evasive action decided to keep flying straight ahead to complete his mission. Is it not clear that McCain will fly the nation straight into oblivion if he thinks his conception of our national mission should be adhered to, no matter what the costs are?

Back to my point: Americans cannot vote their way out of this mess. Their only real opportunity this year is to vote AGAINST the two-party plutocracy by voting for any of the four third-party presidential candidates. We need the world to see tens of millions of votes protesting the failures of both major parties. This electoral rebellion would keep faith with Thomas Jefferson’s correct view that America would need a revolution every generation or so. To keep voting for Democrats and Republicans just makes gullible and delusional citizens co-conspirators in the vast criminal conspiracy that is our political system.

Keep that sickening image of Americans, many sleeping in the cars, unable to afford pet food and their own food in mind when you go to vote. We are not merely on the wrong track. We are on track for people being forced to eat their cats and dogs.

This entry was posted in RagBlog and tagged Economic Collapse, Electoral politics. Bookmark the permalink.