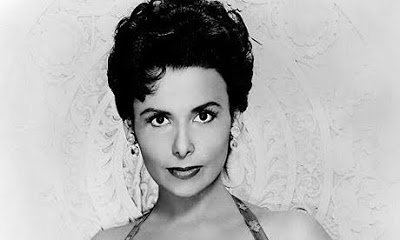 ‘Mississippi wanted its movies without me. It was an accepted fact that any scene I did was going to be cut when the movie played the South.’ — Lena Horne

Lena Horne died this week at the age of 92. More than just a brilliant singer and actress, she was a pioneering civil rights activist, breaking racial barriers for generations of African-Americans who have followed her. She fought segregation and McCarthyism, was blacklisted, yet persisted to gain worldwide fame and success. Her grandmother signed her up as the youngest member of the NAACP as a 14-month-old.

Hers is the story of the 20th century, of the slow march to racial equality, and of remarkable perseverance.

Horne’s career began in Harlem’s renowned Cotton Club, where African-Americans performed for an exclusively white audience. She joined several orchestras, including one of the first integrated bands, and then landed the first meaningful, long-term contract for an African-American actor with a major Hollywood film studio, MGM. Her contract included provisions that she would not be cast in the stereotypical role of a maid. She was never given full acting roles, though, only stand-alone singing scenes.

“I looked good and I stood up against a wall and sang and sang. But I had no relationship with anybody else,” she told The New York Times in 1957. “Mississippi wanted its movies without me. It was an accepted fact that any scene I did was going to be cut when the movie played the South.”

During the World War II years, she toured with the USO, entertaining troops. At Camp Joseph T. Robinson in Arkansas, she learned she would be performing for a segregated whites-only audience. Afterward, she gave an impromptu performance for the African-American troops and was again angered when German POWs imprisoned at the base were allowed to crowd into the mess hall. She insisted they be thrown out.

Horne, in a 1966 Pacifica Radio interview, recalled a watershed moment in Cincinnati. She was touring with a band, and on the night of the boxing match between Joe Louis and Max Schmeling of Nazi Germany, Horne, who didn’t care for boxing, found herself backstage with the band members, around the radio, rooting for Louis:

I said, ‘He’s mine.’ And I didn’t want him to be beaten. ‘He’s ours.’ I think that’s the first I remember ever identifying with another Negro in that way before. I was identifying with the symbol that we had, of a powerful man, an impregnable fortress. And I didn’t realize that we drew strength from these symbols.

Paul Robeson, the great African-American singer and activist, had a profound influence on Lena Horne. In the Pacifica interview, she recalled,

Paul taught me about being proud because I was Negro… he sat down for hours, and he told me about Negro people… And he didn’t talk to me as a symbol of a pretty Negro chick singing in a club. He talked to me about my heritage. And that’s why I always loved him.

The association with Robeson, a proud, outspoken activist, contributed to Horne’s blacklisting during the McCarthy era.

Lena Horne was a very brave woman and is not given credit for the activism that she did in the 1940s, at a time when a lot of the black performers that she knew were simply accepting the conditions of the day as the way things were and were afraid of rocking the boat and losing their jobs. And Lena never hesitated to speak her mind.

Gavin described Horne’s appearance at the 1963 March on Washington, where she took the microphone and unleashed one word, “Freedom!” She appeared with the great civil rights leader Medgar Evers at an NAACP rally, just days before he was assassinated. She worked with Eleanor Roosevelt on anti-lynching legislation, and supported SNCC, the Student Nonviolent Coordinating Committee, and the National Council of Negro Women (led by Dorothy Height, another civil rights leader, who died last month at the age of 98).

Horne’s biographer Gavin says she was filled with anguish for not doing enough. But Halle Berry thinks otherwise. When Berry became the first African-American woman to win the Academy Award for best actress in 2001, she sobbed as she held up her Oscar in her acceptance speech:

This moment is so much bigger than me. This moment is for Dorothy Dandridge, Lena Horne, Diahann Carroll. … And it’s for every nameless, faceless woman of color that now has a chance because this door tonight has been opened.”

[Amy Goodman is the host of Democracy Now!, a daily international TV/radio news hour airing on 800 stations in North America. She was awarded the 2008 Right Livelihood Award, dubbed the “Alternative Nobel” prize, and received the award in the Swedish Parliament in December.]

2 Responses to Amy Goodman : In Praise of Lena Horne