An Article V Convention Is Long Past Due 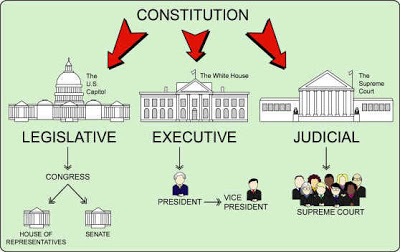 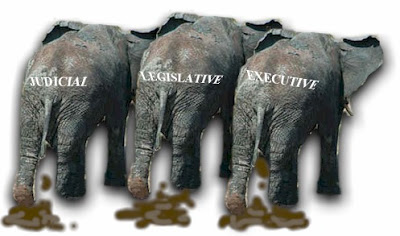 When the Federal Government Fails the People: Our Constitution Has a Solution
By Joel Hirschhorn / October 14, 2008

The hardest thing for Americans to do right now in this presidential election season is to fight distraction and, instead, focus on the failure of all three branches of the federal government. And also to resist the propaganda masquerading as patriotic obligation that voting will fundamentally fix the federal government. The real lesson of American history is that things have turned so ugly that electing a new president and many new members of Congress will at best provide band-aids when what is needed is nothing less than what Thomas Jefferson wisely said our nation would need periodically: a political revolution.

The basis for this view is that the institutions of the three branches have been so corrupted and perverted that they no longer meet the hopes and aspirations embedded in our Constitution.

It is easy to condemn George W. Bush as the worst president in history. The larger truth is that the presidency has accumulated far too much power over the past half century. This has resulted from the weakening of the Congress that no longer, in any way, has the power of an equal branch of government, not that any recent Congress has shown any commitment or capability to execute its constitutional authorities. Concurrently, we have become accepting of a politicized Supreme Court that has not shown the courage to stop the unconstitutional grabbing of power by the presidency and in 2000 showed its own root failure in choosing to select the new president.

Worst of all, modern history has vividly shown Americans that the federal government has usurped the sovereignty of the “we the people” and of the states, and has even sold out national sovereignty to a set of international organizations and the greed of corporate-crazed globalization.

The current economic and financial sector meltdown is just another symptom of deep seated, cancerous disease of government that has sold out the public because of the moneyed influence of the corporate and wealthy classes of special interests. The serious disease is a long festering unraveling of the constitutional design of our government. Each of the three branches of the federal government is totally unequal to each other and completely incapable of ensuring the constitutional functioning of each other. Checks and balances have become a fiction.

These sad historic realities have been produced because of an all too powerful and corrupt two-party political machine that has prevented true political competition and real choices for voters. This two-party system has thrived because of corruption from money provided for Democrats and Republicans to maintain the status quo that is the ruination of our constitutional Republic.

Yet the hidden genius of the Founders and Framers was to anticipate how the Republic would most likely unravel under the pressures of money and corruption. Unknown to nearly all Americans is a part of the Constitution that all established political forces have worked hard to denigrate over our entire history. They fear using what is provided as a kind of escape clause in the Constitution, something to use when the three branches of the federal government fail their constitutional responsibilities. What is this ultimate solution that those who love and respect our Constitution should be clamoring for?

It is the provision in Article V to create a temporary fourth branch of the government – in the form of a convention of state delegates – that operates outside the control of Congress, the President and the Supreme Court, and that has only one single function: to consider proposals for constitutional amendments, just like Congress has done over our history, but that must also be ratified by three-quarters of the states. One of the most perplexing questions in American history that has received too little attention is simple: Why have we never had an Article V convention?

One possible answer might be that what the Constitution requires to launch a convention has never been satisfied. But this is not the case. The one and only requirement is that two-thirds of state legislatures apply to Congress for a convention. With over 600 such state applications from all 50 states that single requirement has long been satisfied. So why no convention?

Because Congress has refused to honor the exact constitutional mandate that it “shall” call a convention when that requirement has been met. Simply put, Congress has long broken the supreme law of the land by not calling a convention, and virtually every political force on the left and right likes it that way. Why? Because they have learned to corrupt the government and fear an independent convention of state delegates that could propose serious constitutional amendments that would truly reform our government and political system to remove the power of special interests and compel all three branches to follow the letter and spirit of the Constitution.

With great irony, the public has been brainwashed to fear an Article V convention despite many hundreds of state constitutional conventions that have never wrecked state governments, and that in countless cases have provided much needed forms of direct democracy that have empowered citizens and limited powers of state governments.

There is only one national, nonpartisan organization with the single mission of educating the public about the Article V convention option and building demand for Congress to convene a convention. It is the Friends of the Article V Convention group that has done something that neither the government nor any other group has ever done; it has been collecting all the hundreds of state applications for a convention and making them available to the public at www.foavc.org.

With a new president and many new members of Congress, now is the ideal time for Americans that see the need for obeying the Constitution and seek root reforms to rally behind this mission of obtaining the nation’s first Article V convention. The new Congress in 2009 should give the public what the Constitution says we have a right to have and what Congress has a legal obligation to provide. Always remember that the convention cannot by itself change the Constitution, but operating in the public limelight it could revitalize what has become our delusional and fake democracy. The main thing to fear is not a convention, but continuation of the two-party plutocracy status quo. Sadly, no presidential candidate, not even third-party ones, has spoken out in support of Congress obeying the Constitution and giving us the first Article V convention.

Joel S. Hirschhorn is a co-founder of Friends of the Article V Convention and can be reached through www.foavc.org.

1 Response to An Article V Convention Is Long Past Due