And the Dow Dropped More Than 500 Points, Too 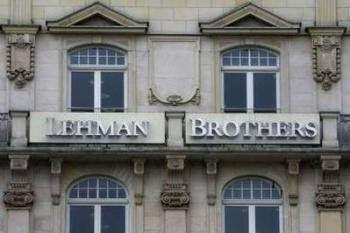 The collapse of Lehman Brothers, and attendant weakness of other major financial institutions, has now produced perhaps the worst U.S. financial crisis since the banking panic that faced former President Franklin Roosevelt at the beginning of his administration in March 1933.

The uncertainty created by the reluctance of the Treasury and Federal Reserve to subsidize the acquisition of Lehman (along the lines of JPMorgan Chase’s March takeover of Bear Stearns), and the process of unwinding Lehman’s huge portfolio of securities and derivatives trades, is likely to produce a major surge in counter-party risk aversion. The resulting unwinding of leverage and flight to quality threatens to destabilize the global financial system, which may thus be facing a period of rapid change and re-regulation.

Regulatory response. Market anxiety has been heightened by the government’s unwillingness to prevent the failure of such a large investment bank. Measured by assets, Lehman is larger than Bear Stearns before its March 16 collapse. This has increased uncertainty, as Wall Street has been left to guess how large an institution must be before regulators deem it to be “too big to fail.”

Treasury Secretary Henry Paulson, a former chief executive officer of Goldman Sachs, understands the risks posed by such uncertainty. However, with other, much larger U.S. thrifts and insurers in an increasingly precarious financial position, he has been increasingly reluctant to put taxpayers’ dollars at risk backstopping less than indispensable institutions.

Spreading contagion. The bankruptcy of Lehman Brothers , combined with the potential insolvency of the insurer American International Group threatens to saddle financial institutions around the world with new losses. Those could come if Lehman’s creditors dump its poorer-quality investments onto markets, forcing investors who own similar securities to write-down their value, or AIG’s contracts in credit default swaps, a type of insurance for securities, become worthless. Another concern is that financial regulators outside of the United States may lack resources to bail out institutions in their jurisdictions.

Back to basics? Undoubtedly, the financial sector is likely to see important mergers and acquisition activity as the crisis persists. A larger question is whether more traditional banking interests with access to retail deposits will acquire independent broker dealers, such as Goldman Sachs and Morgan Stanley–the two remaining independent players. In the last decade, investment banks have increasingly become hedge-fund-like entities, utilizing high degrees of leverage and making significant income from proprietary operations. With more traditional banking interests retaking the lead, major players are likely to be seen taking less risk. High-risk/high-leverage activity will continue, but in the boutique market (i.e., hedge funds). 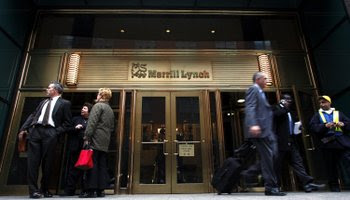 Shadow banking? The bigger worry is the state of the shadow-banking sector– hedge funds and structured investment vehicles. These entities tend to have short-term liabilities, while their assets are long-term, and in many cases illiquid. As primary brokers continue to have their own difficulties, it will be harder and harder for them to service this sector. In the short-term many of these will likely fail. Whether their counter-party risk is enough to cause further knock-on effects remains uncertain.

Coordinated response? The toolkit for monetary and fiscal policy remains relatively constrained at the moment. A continuation of the crisis might manifest more policy coordination among major central banks, though a coordinated fiscal response remains unlikely. Given inflation pressures have eased as commodity prices continue their decline, central banks may feel inclined to lower interest rates sooner. It appears likely that the Fed may lower rates following its decision to relax its the collateral quality requirements associated with its existing term-auction facility. The ECB and Bank of England could also reduce interest rates, having today already injected close to $50 billion into the financial system.

Wither recovery? Even if the immediate systemic risks posed by Lehman’s failure are contained, a U.S. (and global) economic recovery is not a near-term prospect. Stabilization of the U.S. housing market is a necessary condition for the end of the global credit crisis–given that most of the problematic assets that trouble the balance sheets of major financial institutions are linked to U.S. housing. However, there is little indication that U.S. housing prices will stabilize until mid-2009, at the earliest. This means that banks and financial firms face further write-downs, greatly increasing the chances of additional failures.

To read an extended version of this article, log on to Oxford Analytica’s Web site.

This entry was posted in RagBlog and tagged Bank Bailouts, Banking, Finance. Bookmark the permalink.