Andy Worthington On Addressing the Bush Administration Legacy of Torture 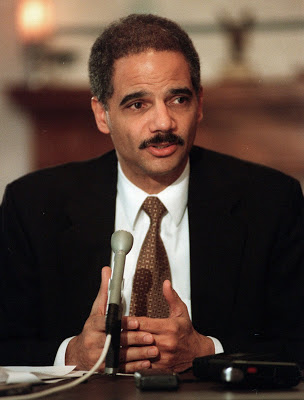 During the election campaign, one of the sticks with which John McCain’s team attempted to beat Barack Obama was a claim that he was soft on terrorism, or, as Senator McCain’s national security director Randy Scheunemann declared to reporters in June, “Senator Obama is a perfect manifestation of a September 10th mind-set … He does not understand the nature of the enemies we face.”

Far from providing a rebuke to Barack Obama, this simple phrase encapsulated all that was wrong with the counter-terrorism policies of the last seven years: a misguided belief that an appropriate response to the 9/11 attacks was to launch an ill-defined but far-reaching global war on terrorism, to grant the President the power to seize anyone he regarded as a terrorist — or a terrorist sympathizer — and imprison them indefinitely without charge or trial, to wage an unprecedented assault on the U.S. Constitution, and to discard the UN Convention Against Torture, the War Crimes Act, the Army Field Manual and the Geneva Conventions.

Even now, apologists for the crimes of the last seven years refuse to concede that the 9/11 attacks had anything to do with U.S. foreign policy, with the failures of the intelligence services to monitor the threat posed by al-Qaeda, and with the failure of successive administrations — both Bill Clinton’s and George W. Bush’s — to take the threat on board.

And yet, a September 10th mind-set is exactly what is required to begin undoing the damage inflicted on America’s moral standing by President Bush and those closest to him, who were responsible for driving the country on a fear-filled journey to the “Dark Side.” Specifically, those most culpable are Vice President Dick Cheney, former defense secretary Donald Rumsfeld, and Cheney’s former legal counsel and now chief of staff, David Addington, all exponents of the “unitary executive theory” of government, for whom the declaration of a state of permanent war provided the perfect opportunity to grant the President dictatorial powers.

It remains to be seen whether, in dismantling the tyrannical aspirations of the Bush administration, President Obama will be able to call the crimes to account without implicating the perpetrators. My hope is that it will be impossible to let Cheney, Addington and Rumsfeld off the hook as more is revealed about the extent of their crimes, but in the meantime Barack Obama’s most important course of action is to adhere to the promises he made over the last year and a half: to close Guantánamo, to repeal the Military Commissions Act, to uphold the absolute ban on torture, and to trust the federal court system to bring criminals to justice. He will, in addition, need to make sure that the CIA’s post-9/11 job revision — involving the industrial-scale “extraordinary rendition” of prisoners to torture, and running secret prisons — is also brought to an end.

Much of this return to the law — as it existed on September 10, 2001 — will involve breaking the chain of command that led from the Office of the Vice President to the Pentagon, but if Obama does repeal the Military Commissions Act, then those most closely involved with Cheney and Addington’s pet project will also be out of a job; in particular, Susan Crawford, the retired judge who was the Commissions’ supposedly impartial “Convening Authority,” despite being a close friend of Cheney and Addington, and Daniel Dell’Orto, the acting general counsel who took over from the torture ideologue William J. Haynes II in February, when Haynes resigned following severe criticism by Col. Morris Davis, the Commissions’ former chief prosecutor.

Even more crucial, therefore, is Obama’s choice to overhaul the Justice Department, which, under orders from Cheney and Addington, was ruthlessly purged of any critics of the administration’s law-shredding policies, as it is here that effective plans to close Guantánamo will have to be implemented. These, presumably, will involve a rapid and dispassionate review of the existing cases, the release of the majority of the prisoners, and the transfer of those considered truly dangerous (perhaps three dozen at most) to the U.S. mainland to face trials in federal courts.

Though largely overlooked in the column inches devoted to the return of Hillary Clinton, Obama’s choice of Attorney General, Eric Holder, a partner at the law firm Covington & Burling (where some of his colleagues represent 17 Yemeni prisoners at Guantánamo), seems admirably equipped to oversee the necessary transformation of the Justice Department. Snipers have already picked up on the fact that, in January 2002, Holder delivered a speech about Guantánamo that could have been scripted by David Addington — full of references to the limitations on interrogation imposed by the Geneva Conventions, and his impression that terror suspects were not entitled to the protections of the Geneva Conventions — but as Glenn Greenwald recently pointed out, few lawyers were demanding rights for the Guantánamo prisoners back in January 2002.

More significant, therefore, are the comments that Holder made about the conduct of the “War on Terror” in June this year, to a meeting of the American Constitution Society, in which his rhetoric matched that of Barack Obama. After stating that the Bush administration had taken many steps that were “both excessive and unlawful” in the wake of the 9/11 attacks, he explained,

I never thought I would see the day when a Justice Department would claim that only the most extreme infliction of pain and physical abuse constitutes torture and that acts that are merely cruel, inhuman and degrading are consistent with United States law and policy, [and] that the Supreme Court would have to order the president of the United States to treat detainees in accordance with the Geneva Convention … This disrespect for the rule of law is not only wrong, it is destructive in our struggle against terrorism.

He then signaled his willingness to close Guantánamo, transfer the remaining prisoners to the US mainland, and adopt an “expedited and procedurally fair” review process for evaluating the status of the prisoners, which, of course, is just what long-term critics of Guantánamo have been suggesting. As with all speculation, of course, we will have to wait for January 21 to see what will actually emerge, but for now, at least, the omens are good.

[Andy Worthington is the author of The Guantánamo Files: The Stories of the 774 Detainees in America’s Illegal Prison (published by Pluto Press).]

This entry was posted in RagBlog and tagged Geneva Conventions, Terrorism, Torture, War on Terror. Bookmark the permalink.