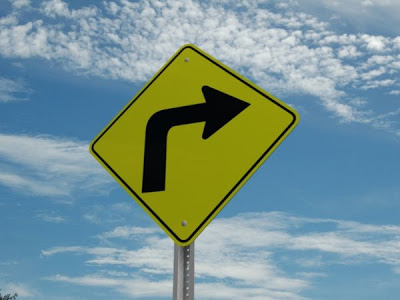 The supposed innovation of Karl Rove was to have George Bush concentrate on activating his base rather than playing to the center during his presidential campaigns.

That strategy won the last two elections even with a moron heading the ticket.

Memo to Obama:
Moving to the Middle is for Losers
By Arianna Huffington / July 1, 2008

Last Friday afternoon, the guests taking part in Sunday’s roundtable discussion on This Week had a pre-show call with George Stephanopoulos. One of the topics he raised was Obama’s perceived move to the center, and what it means. Thus began my weekend obsession. If you were within shouting distance of me, odds are we talked about it. I talked about it over lunch with HuffPost’s DC team, over dinner with friends, with the doorman at the hotel, and the driver on the way to the airport.

As part of this process, I looked at the Obama campaign not through the prism of my own progressive views and beliefs but through the prism of a cold-eyed campaign strategist who has no principles except winning. From that point of view, and taking nothing else into consideration, I can unequivocally say: the Obama campaign is making a very serious mistake. Tacking to the center is a losing strategy. And don’t let the latest head-to-head poll numbers lull you the way they lulled Hillary Clinton in December.

Running to the middle in an attempt to attract undecided swing voters didn’t work for Al Gore in 2000. It didn’t work for John Kerry in 2004. And it didn’t work when Mark Penn (obsessed with his “microtrends” and missing the megatrend) convinced Hillary Clinton to do it in 2008.

Fixating on — and pandering to — this fickle crowd is all about messaging tailored to avoid offending rather than to inspire and galvanize. And isn’t galvanizing the electorate to demand fundamental change the raison d’etre of the Obama campaign in the first place? This is how David Axelrod put it at the end of February, contrasting the tired Washington model of “I’ll do these things for you” with Obama’s “Let’s do these things together”:

“This has been the premise of Barack’s politics all his life, going back to his days as a community organizer,” Axelrod told me. “He has really lived and breathed it, which is why it comes across so authentically. Of course, the time also has to be right for the man and the moment to come together. And, after all the country has been through over the last seven years, the times are definitely right for the message that the only way to get real change is to activate the American people to demand it.”

Watering down that brand is the political equivalent of New Coke. Call it Obama Zero.

In 2004, the Kerry campaign’s obsession with undecided voters — voters so easily swayed that 46 percent of them found credible the Swift Boaters’ charges that Kerry might have faked his war wounds to earn a Purple Heart — allowed the race to devolve from a referendum on the future of the country into a petty squabble over whether Kerry had bled enough to warrant his medals.

Throughout the primary, Obama referred to himself as an “unlikely candidate.” Which he certainly was — and still is. And one of the things that turned him from “unlikely” upstart to presidential frontrunner is his ability to expand the electorate by convincing unlikely voters — some of the 83 million eligible voters who didn’t turn out in 2004 — to engage in the system.

So why start playing to the political fence sitters — staking out newly nuanced positions on FISA, gun control laws, expansion of the death penalty, and NAFTA?

In an interview with Nina Easton in Fortune Magazine, Obama was asked about having called NAFTA “a big mistake” and “devastating.” Obama’s reply: “Sometimes during campaigns the rhetoric gets overheated and amplified.”

Overheated? So when he was campaigning in the Midwest, many parts of which have been, yes, devastated by economic changes since the passage of NAFTA, and he pledged to make use of a six-month opt-out clause in the trade agreement, that was “overheated?” Or was that one “amplified?”

Because if that’s the case, it would be helpful going forward if Obama would let us know which of his powerful rhetoric is “overheated” and/or “amplified,” so voters will know not to get their hopes too high.

When Obama kneecaps his own rhetoric and dilutes his positioning as a different kind of politician, he is also giving his opponent a huge opening to reassert the McCain as Maverick brand. We know that McCain has completely abandoned any legitimate claim on his maverick image, but the echoes of that reputation are still very much with us — especially among many in the media who would love nothing more than to be able to once again portray McCain as the real leader they fell in love with in 2000. And the new Straight Talk Express plane has been modeled on its namesake bus, decked out to better recreate the seduction.

The transition between the primaries and the general election — and from insurgent to frontrunner — is tricky. Even a confident campaign can be knocked off course. So this is when Obama most needs to remember what got him to this point — and stick with it.

In a Los Angeles Times article detailing Obama’s attempts at “shifting toward the center,” Matt Bennett of the centrist think tank Third Way says that Obama is a “good politician. He’s doing all he can to make sure people know he would govern as a post-partisan moderate.”

But isn’t being a “good politician” as it’s meant here exactly what Obama defined himself as being against? Instead of Third Way think tankers, Obama should listen to this guy:

“What’s stopped us is the failure of leadership, the smallness of our politics — the ease with which we’re distracted by the petty and trivial, our chronic avoidance of tough decisions, our preference for scoring cheap political points instead of rolling up our sleeves and building a working consensus to tackle big problems…. The time for that politics is over. It’s time to turn the page.”
That was Barack Obama in February of 2007, announcing his run for the White House. “I know I haven’t spent a lot of time learning the ways of Washington,” he said that day, “but I’ve been there long enough to know that the ways of Washington must change.”

Was that just “overheated and amplified” rhetoric?

The Obama brand has always been about inspiration, a new kind of politics, the audacity of hope, and “change we can believe in.” I like that brand. More importantly, voters — especially unlikely voters — like that brand.

Pulling it off the shelf and replacing it with a political product geared to pleasing America’s vacillating swing voters — the ones who will be most susceptible to the fear-mongering avalanche that has already begun — would be a fatal blunder.

Realpolitik is one thing. Realstupidpolitik is quite another.