Ayers Seems Relieved That the Election Is Over 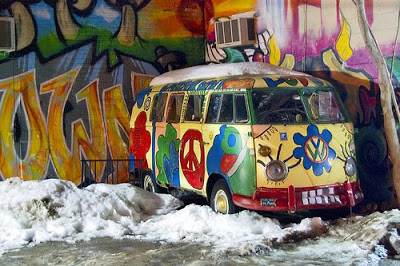 What a Long, Strange Trip It’s Been: Looking back on a surreal campaign season
By Bill Ayers / November 7, 2008

Whew! What was all that mess? I’m still in a daze, sorting it all out, decompressing.

On the campaign trail, McCain immediately got on message. I became a prop, a cartoon character created to be pummeled.

For the past few years, I have gone about my business, hanging out with my kids and, now, my grandchildren, taking care of our elders (they moved in as the kids moved out), going to work, teaching and writing. And every day, I participate in the never-ending effort to build a powerful and irresistible movement for peace and social justice.

In years past, I would now and then—often unpredictably—appear in the newspapers or on TV, sometimes with a reference to Fugitive Days, my 2001 memoir of the exhilarating and difficult years of resistance against the American war in Vietnam. It was a time when the world was in flames, revolution was in the air, and the serial assassinations of black leaders disrupted our utopian dreams.

These media episodes of fleeting notoriety always led to some extravagant and fantastic assertions about what I did, what I might have said and what I probably believe now.

It was always a bit surreal. Then came this political season.

During the primary, the blogosphere was full of chatter about my relationship with President-elect Barack Obama. We had served together on the board of the Woods Foundation and knew one another as neighbors in Chicago’s Hyde Park. In 1996, at a coffee gathering that my wife, Bernardine Dohrn, and I held for him, I made a donation to his campaign for the Illinois State Senate.

Obama’s political rivals and enemies thought they saw an opportunity to deepen a dishonest perception that he is somehow un-American, alien, linked to radical ideas, a closet terrorist who sympathizes with extremism—and they pounced.

Sen. Hillary Clinton’s (D-N.Y.) campaign provided the script, which included guilt by association, demonization of people Obama knew (or might have known), creepy questions about his background and dark hints about hidden secrets yet to be uncovered.

On March 13, Sen. John McCain (R-Ariz.), apparently in an attempt to reassure the “base,” sat down for an interview with Sean Hannity of Fox News. McCain was not yet aware of the narrative Hannity had been spinning for months, and so Hannity filled him in: Ayers is an unrepentant “terrorist,” he explained, “On 9/11, of all days, he had an article where he bragged about bombing our Pentagon, bombing the Capitol and bombing New York City police headquarters. … He said, ‘I regret not doing more.’ “ 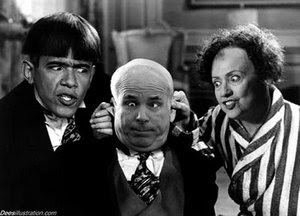 On the campaign trail, McCain immediately got on message. I became a prop, a cartoon character created to be pummeled.

When Alaska Gov. Sarah Palin got hold of it, the attack went viral. At a now-famous Oct. 4 rally, she said Obama was “pallin’ around with terrorists.” (I pictured us sharing a milkshake with two straws.)

My voicemail filled up with hate messages. They were mostly from men, all venting and sweating and breathing heavily. A few threats: “Watch out!” and “You deserve to be shot.” And some e-mails, like this one I got from satan@hell.com: “I’m coming to get you and when I do, I’ll water-board you.”

The police lieutenant who came to copy down those threats deadpanned that he hoped the guy who was going to shoot me got there before the guy who was going to water-board me, since it would be most foul to be tortured and then shot. (We have been pals ever since he was first assigned to investigate threats made against me in 1987, after I was hired as an assistant professor at the University of Illinois at Chicago.)

The good news was that every time McCain or Palin mentioned my name, they lost a point or two in the polls. The cartoon invented to hurt Obama was now poking holes in the rapidly sinking McCain-Palin ship.

To this day, when our country holds a presidential election, we judge the candidates through the lens of the 1960s. … We all know Obama is cozy with William Ayers a ’60s radical who planted a bomb in the capital building and then later went on to even more heinous crimes by becoming a college professor. … Let us keep fighting the culture wars of our grandparents. The ’60s are a political gift that keeps on giving.

It was inevitable. McCain would bet the house on a dishonest and largely discredited vision of the ’60s, which was the defining decade for him. He built his political career on being a prisoner of war in Vietnam.

The ’60s—as myth and symbol—is much abused: the downfall of civilization in one account, a time of defeat and humiliation in a second, and a perfect moment of righteous opposition, peace and love in a third.

The idea that the 2008 election may be the last time in American political life that the ’60s plays any role whatsoever is a mixed blessing. On the one hand, let’s get over the nostalgia and move on. On the other, the lessons we might have learned from the black freedom movement and from the resistance against the Vietnam War have never been learned. To achieve this would require that we face history fully and honestly, something this nation has never done.

The war in Vietnam was an illegal invasion and occupation, much of it conducted as a war of terror against the civilian population. The U.S. military killed millions of Vietnamese in air raids—like the one conducted by McCain—and entire areas of the country were designated free-fire zones, where American pilots indiscriminately dropped surplus ordinance—an immoral enterprise by any measure.

What is really important

McCain and Palin — or as our late friend Studs Terkel put it, “Joe McCarthy in drag” — would like to bury the ’60s. The ’60s, after all, was a time of rejecting obedience and conformity in favor of initiative and courage. The ’60s pushed us to a deeper appreciation of the humanity of every human being. And that is the threat it poses to the right wing, hence the attacks and all the guilt by association.

McCain and Palin demanded to “know the full extent” of the Obama-Ayers “relationship” so that they can know if Obama, as Palin put it, “is telling the truth to the American people or not.”

This is just plain stupid.

The McCain-Palin attacks not only involved guilt by association, they also assumed that one must apply a political litmus test to begin a conversation.

On Oct. 4, Palin described her supporters as those who “see America as the greatest force for good in this world” and as a “beacon of light and hope for others who seek freedom and democracy.” But Obama, she said, “Is not a man who sees America as you see it and how I see America.” In other words, there are “real” Americans — and then there are the rest of us.

In a robust and sophisticated democracy, political leaders—and all of us—ought to seek ways to talk with many people who hold dissenting, or even radical, ideas. Lacking that simple and yet essential capacity to question authority, we might still be burning witches and enslaving our fellow human beings today.

Maybe we could welcome our current situation—torn by another illegal war, as it was in the ’60s—as an opportunity to search for the new. 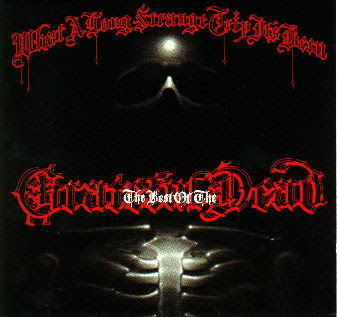 We might find hope in the growth of opposition to war and occupation worldwide. Or we might be inspired by the growing movements for reparations and prison abolition, or the rising immigrant rights movement and the stirrings of working people everywhere, or by gay and lesbian and transgender people courageously pressing for full recognition.

Yet hope—my hope, our hope—resides in a simple self-evident truth: the future is unknown, and it is also entirely unknowable.

History is always in the making. It’s up to us. It is up to me and to you. Nothing is predetermined. That makes our moment on this earth both hopeful and all the more urgent—we must find ways to become real actors, to become authentic subjects in our own history.

We may not be able to will a movement into being, but neither can we sit idly for a movement to spring full-grown, as from the head of Zeus.

We have to agitate for democracy and egalitarianism, press harder for human rights, learn to build a new society through our self-transformations and our limited everyday struggles.

At the turn of the last century, Eugene Debs, the great Socialist Party leader from Terre Haute, Ind., told a group of workers in Chicago, “If I could lead you into the Promised Land, I would not do it, because someone else would come along and lead you out.”

In this time of new beginnings and rising expectations, it is even more urgent that we figure out how to become the people we have been waiting to be.

[Bill Ayers is a Distinguished Professor of Education and Senior University Scholar at the University of Illinois at Chicago. He is the author of Fugitive Days (Beacon) and co-author, with Bernardine Dohrn, of Race Course: Against White Supremacy (Third World Press). ]

This entry was posted in RagBlog and tagged Presidential Campaign, William Ayers. Bookmark the permalink.