Banking : Independence and the Texas Patels 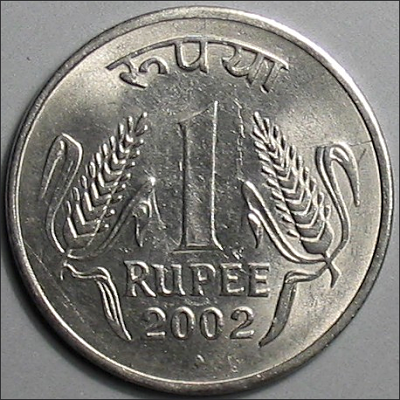 A rupee saved is a rupee earned.

In contrast to the frozen giants of global finance who drag us every day down closer to the next bottom… the Texas Patels are moving their Dallas banking enterprise into competition with billion-dollar Chicago houses, actually making finance possible for one of the toughest sectors of the 2009 depression.

Over the Fourth of July weekend 2009, Chandrakant “Chan” Patel became a Dallas banker. But if you’ve never been to a Dallas men’s club meeting it may be difficult for you to grasp what that means.

Born in India in 1945, Patel — according to his official bio — earned a Bachelor of Science Degree in Engineering from Bombay University, then emigrated to the USA where he became a citizen in 1965. He earned masters degrees at Stanford and Johns Hopkins before embarking on a business career in 1976 as a hotel owner and operator.

By 1987 Patel’s ambitions had become cramped by Dallas-area bankers who seemed to understand neither the hotel business nor the Indian community, so he put together a bank with about $2 million of family money.

From the time Patel opened the State Bank of Texas (SBT) in late 1987, he has steadily grown the enterprise into three suburban locations in Irving, Garland, and Richardson.

Then, on July 2, with the acquisition of the short-lived Millennium Bank of Texas — which was closed by the FDIC and sold to Patel’s bank — the Indian-born entrepreneur finally put his banking footprint down inside the Dallas city limits.

Ironically enough, reports the Dallas Business Journal’s Chad Eric Watt, Patel will soon be losing his Irving bank headquarters. It will be razed by the Texas Department of Transportation in order to widen Airport Freeway.

With the closing of Georgia’s Haven Trust Bank in late 2008, Patel’s SBT became the third largest “Indian Bank” in the USA, behind two billion-dollar operations in Chicago: Mutual Bank and the legendary National Republic (see an excellent overview of the players by Lavina Melwani at Little India dot com.)

According to FDIC figures, SBT reported first quarter average assets of $589 million. The Millennium acquisition will add $118 million in assets, says the FDIC, bringing the value of Patel’s bank to over $700 million.

Patel’s Fourth of July gambit into Dallas banking says something doubly remarkable about his business skills and the role of immigrant entrepreneurs in the recovering economy of the USA.

On the matter of Patel’s business skills, the prudent observer will want to wait about two more years to see how he fares a widely predicted cyclone in commercial real estate and the hotel sector.

Just a day before the FDIC announced the transfer of Millennium’s assets to Patel, the entire hotel sector was downgraded from “Neutral” to “Negative” by Barclay Capital analyst Felicia Hendrix.

“While the industry declines should be less negative next year, we do not expect to see positive growth until at least 2011,” said Hendrix in a report filed by the AP.

A good example of Patel’s challenge can be found in a February dispatch out of Florida in which Patel’s bank was reported to be filing a foreclosure lawsuit against a $13 million dollar property east of the Tampa Convention Center.

The lawsuit was filed against Indian entrepreneurs who — like so many others those days — thought they were picking up property at bargain rates in 2006, before the real estate bubble burst.

The report from the Tampa Bay Business Journal implies that Patel has worked out a modified agreement with the Tampa entrepreneurs.

Another report from Chad Eric Watt of the Dallas Business Journal indicates that Patel is still scouring the hotel business for promising leads. In a June 26 story, Watt reports that the Texas Patels are being sued for unscrupulous bidding practices by the Georgia Patels — the same Georgia Patels who lost the Haven Trust Bank last year.

It seems that the Texas Patels — who by the way are not without their J.R. — have never been too proud to earn money the old fashioned way. As Michael Davis of the Dallas Progressive Blog is fond of remembering, the Texas Patels have admitted to the Dallas Morning News that they sometimes charge hotel fees by the hour.

As I recall, it was a license plate study of Dallas motels back in the 1950’s that first revealed the hot data that most Dallas motel customers were in fact from the Dallas area. In attempting to verify my memory I checked a prestigious academic database for key words “sex, motel, Dallas” and only came up with one hi t– a plot summary for the Mike Judge classic, Beavis and Butthead Do America.

Which brings us back to the Fourth of July in all of its red, white, and blueness. Somehow a code is working itself out in the symbolic collision of Patel, Millennium, State Bank of Texas, and the Fourth of July. You see, it’s not Cowboys leading the charge for the New American Dream anymore, it’s the Indians.

In contrast to the frozen giants of global finance who drag us every day down closer to the next bottom rather than up to the next top, the Texas Patels are moving their Dallas banking enterprise into competition with billion-dollar Chicago houses, actually making finance possible for one of the toughest sectors of the 2009 depression.

By the light of the Patel example we have a right to ask: how many more immigrant entrepreneurs are out there who only need a respectful certificate of citizenship to begin hauling this country up again by its own financial bootstraps? The spirit of independence, remember?

[Greg Moses is editor of the Texas Worker and the Texas Civil Rights Review, where this article also appears. Greg is a regular contributor to The Rag Blog. He can be reached at gmosesx@gmail.com .]