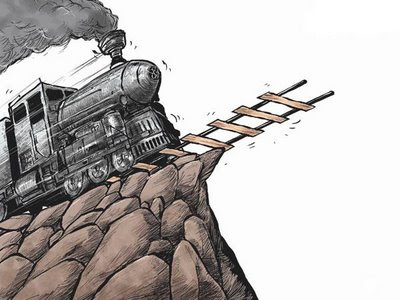 Globalization, the financial crisis, environmental planning, and getting out of Afghanistan

Call this a lesson in how to ensure your mail to the White House won’t be answered. The following proposal was originally drafted in response to a call for submissions on the Obama Transition Team website. That was back in December, after Obama’s election but before his inauguration. “President-elect Obama wants to hear from you,” said the website. “Send us your ideas for change.”

So we did — we being the motley band of scholars, activists and free-thinkers scattered worldwide who constitute the nucleus of the organization named below. Ten months later, we’re still waiting for a green light from the White House, or at least a form letter. We’re not twiddling our thumbs, though. We plan to have a website of our own online by the time Obama delivers his State of the Union address next year. Stay tuned.

Like hundreds of millions of other people around the world, I’m excited by the prospect of having Barack Obama in the White House. I’m a Texas journalist currently working in Italy and Hungary. I’m also a researcher and activist in several spheres of policy and politics, including energy-environment, urban and regional planning, transportation, and, to put it bluntly, the runaway train of globalization.

I have recently joined the board of a new organization of like-minded activists in the U.S. and Europe called the World Coalition for Local and Regional Self-Reliance. In future dispatches, if you are receptive, I will spell out the specific implications of that. For now I want mainly to advance a pair of policy suggestions that arise from the premises of our coalition.

One is based on our conviction that the current approach in Washington to resolving the so-called financial crisis and “getting America back on its feet” is grounded in faulty, obsolete reasoning that will cause it to fail and even be counterproductive in the long run.

We contend that the financial crisis is functionally intertwined with other national and planetary crises, led by global climate change, or GLOCCH, and Peak Oil, the imminent depletion of the fossil fuel resources on which the entire 21st century “global economy” is based. The financial crisis is likewise inextricably bound up with the hyper-suburbanization of American cities, the egregious loss of farmland and other productive capacity, and, yes, globalization and its evil twin, international terrorism.

The latter, we argue, is nothing more or less than a violent response by the oppressed of the world — oppressed culturally as well as economically — to those perceived as their oppressors, meaning, above all, the purveyors of economic and cultural globalization on Wall Street and elsewhere, in league with their national governments.

The banking crisis is thus not merely a symptom of lax regulation of financial markets and greedy investors in recent years. It is systemic in nature, and a systemic crisis requires a systemic response. The trillion-dollar stimulus package recently approved by Congress is not a systemic response, since it purports merely to restart the sputtering engine of the failed larger system itself. Rather, or perhaps we must now say in addition to the stimulus package, the whole matrix of primary socioeconomic assumptions and institutions in the United States — as a starting point and global model — must be examined, assessed and, over time, fundamentally changed.

Toward that end, as our first policy suggestion, we urge President Obama to establish and fold into his brain trust a new Office of Long-Range Strategic Policy Innovation. This would be the place in the White House where staff would be recruited to “think outside the box,” where vision, boldness and creativity would be prized over technical jargon and obeisance to America’s dying corporate mammoths and their powerful defenders in Washington. It is here that independent in-house thinkers, with appropriate input from real-world experts, would incubate the brave new concepts and paradigms the nation and world will need to survive and supercede not only the “financial crisis” but the web of corresponding metacrises mentioned above.

We dare to hope, indeed will strive to ensure, that among the big initiatives generated by a presidential Office of Policy Innovation would be the following:

Our second policy suggestion would necessarily be implemented first, partly in order to redirect funds from the military budget to the crucial and expensive federal initiatives implied heretofore. We urge President Obama to make good on his promise to withdraw American military forces from Iraq. We further urge him NOT to nullify the positive effects of that decision by enlarging and prolonging the American-led NATO military presence in Afghanistan. Such a move, we believe, not only would not save Afghanistan from its own Islamic militants, nor strengthen the security of the U.S. and its allies.

It would have the opposite effect — in fact might well produce a catastrophe on the scale of the wars in Iraq and Vietnam — while diverting critical funds and other resources from the task of redesigning and rebuilding our own beleaguered society. To buttress our case, we refer you to a pair of recent articles in The New York Times, one a column by Bob Herbert, “The Afghan Quagmire,” the second an essay in the Times magazine, “The Worst Pakistan Nightmare for Obama,” by David E. Sanger.

Other references, to name but a few, include two books by James Howard Kunstler, The Long Emergency and World Made By Hand; Kunstler’s blog; E.F. Schumacher’s timeless classic, Small Is Beautiful; two books by Kirkpatrick Sale, Dwellers in the Land and Human Scale; Bill McKibben’s End of Nature; everything published by David Morris and the Institute for Local Self-Reliance; everything published by Pliny Fisk and Gail Vittori at the Center for Maximum Potential Building Systems; La Decrescita Felice by Maurizio Pallante and his website.