Belafonte : Colin Powell in the Master’s House, and the Promise of Obama 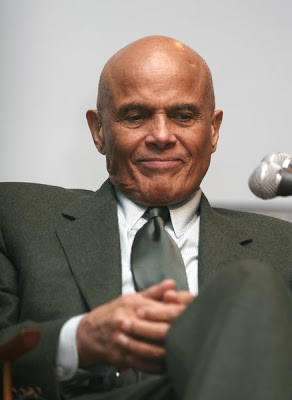 Actor/activist Harry Belafonte.
Obama has a much better starting point than Colin Powell. Powell helped cover up the My Lai massacre and ended up his career supporting the lies that got us into Iraq.
By Alan Pogue / The Rag Blog / November 6, 2008

Jump to the last sentence about Pakistan. Harry called it. We should be out of Iraq, out of Afghanistan, and leave Pakistan alone. What excuse will the Democratic leadership have now for not doing that? One hopes they will have none and do the right thing, get our military the hell out of the Middle East. How many more Afghan wedding parties will we blow up? Smell the napalm. I am sure the Afghans have stronger words for the U.S. leadership than “Uncle Tom”. One can only hope Obama was not telling the truth when he said he wanted U.S. troops out of Iraq so he could send them to Afghanistan. One hopes the Democrats can now bring all of our soldiers and mercenaries back from Iraq and Afghanistan and keep them here.

I am very, very happy that Obama won. I agree with Chomsky, as I usually do, that even though Obama is another shade of the Ruling Class he will make a large positive difference in the lives of many and it would be small minded and foolish to discount that in the name of ideological purity. Nader ate some sour grapes, for sure, but if he were darker (and not a candidate himself) he could have said what he said without too much trouble. Let us see Obama prove him wrong. Let us see Obama, and the other Dems, repeal the Patriot Act, lift the embargo on Cuba, get our foot off Haiti’s neck, make nice with Hugo Chavez and Evo Morales, junk Star Wars and all that sort of thing as Putin has asked. The list goes on.

Obama has a much, much better starting point than Colin Powell. Powell helped cover up the My Lai massacre and ended up his career supporting the lies that got us into the invasion of Iraq.

“Barack Obama is only a promise,” Belafonte told the crowd—and by extension the entire country–“we are the fulfillment of that promise.”

As Martin Luther King, Jr. said, not the exact quote, “When your house is on fire you must become the fireman”.

In other words, we got Obama elected and now it is also up to us to see he does and can do the rights things. No matter what he wants to do he can’t do it without our active support and perhaps our active push. We already must stop him from giving the green light to more nuclear power plants and more killing in Afghanistan. 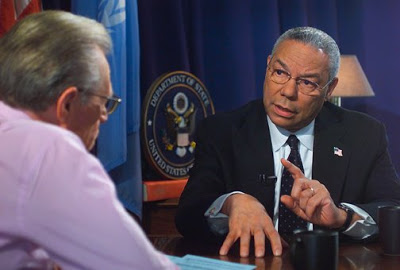 KING: All right, Harry, what did you mean?

BELAFONTE: First of all, let me hasten to say, Larry, that this was never meant to be a personal attack on Colin Powell’s character.

What it was meant, however, to be was an attack on policy, and the reference and the metaphor used about slavery — it is my personal feeling that plantations exist all over America. If you walk into South Central Los Angeles, into Watts, or you walk into Over-the-Rhine in Cincinnati, you’ll find people who live lives that are as degrading as anything that slavery had ever produced. They live in economic oppression, they live in a disenfranchised way. In the hearts and minds of those people, and millions of others, you’re always looking for hope, and whenever somebody within our tribe, within our group, emerges that has the position of authority and power to make a difference in the way business is done, our expectations run high. Many times, those expectations are not fulfilled. But when such an individual is in the service of those who not only perpetuate the oppression, but sometimes design the way in which it is applied, it then becomes very, very, very, very critical that we raise our voices and be heard. And…

KING: I’m sorry, I don’t mean — isn’t it possible, Harry, one, that Colin Powell, who has stood up for his country, fought for his country, may have disagreed in counsel, but supports his president in a tough time of need — why compare that to being — as a slave?

BELAFONTE: Because, I think, to a great degree, that which governs us is really the extent to which we are permitted by the forces of power in this country to do what it is we can do to make a difference.

The civil rights movement was a huge struggle against an enormous opposition. You know, many people who lived under that tenet and what we had to do to try to position people in high places to make a difference so we could change the way in which our democracy functioned was part of the game.

And Colin Powell is in that position. And I do believe that the policies that have been expressed by the administration he serves are less than honorable. It is not just about what I say.

Last year, in South Africa, the United Nations under Kofi Annan gave us an excellent opportunity in convening the International Conference on Racism directed by a woman of remarkable credentials, the former president of Ireland, Mary Robinson. There was a place where the United States should have been in attendance, and given us the benefit of thought on a very grievous set of conditions that affect the human family — the issue of race.

And in that instance, the United States government sought to turn its back on the thousands of people who were gathered there to make a difference. And Colin Powell was the point person on that distancing of our country. You know…

BELAFONTE: I would like him to live up to a higher moral standard. You know, Jeffords doesn’t have to be the only one who sits in disagreement with the policies of this country and this government and acts upon it out of conscience.

Where is Colin Powell’s conscience? In a time when the world is getting ready to go up in flames in a war that’s hugely ill-advised, you know. Today we are going to go after Iraq. You know, where do we go next? After Iran? And then, when our present friends fall out of favor with us, do we go after Pakistan?