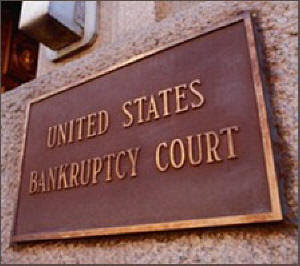 Forcing each American to fork over $2,200 at a time when median family income has declined by as much is no way to improve the economy.

This country faces many serious problems in the financial market, in the stock market, in our economy. We must act, but we must act in a way that improves the situation. We can do better than the legislation now before Congress.

This bill does not deal at all with how we got into this crisis in the first place and the need to undo the deregulatory fervor which created trillions of dollars in complicated and unregulated financial instruments such as credit default swaps and hedge funds. This bill does not address the issue that has taken us to where we are today, the concept of too big to fail. In fact, within the last several weeks we have sat idly by and watched gigantic financial institutions like the Bank of America swallow up other gigantic financial institutions like Countrywide and Merrill Lynch. Well, who is going to bail out the Bank of America if it begins to fail? There is not one word about the issue of too big to fail in this legislation at a time when that problem is in fact becoming even more serious.

This bill does not address the major economic crisis we face: growing unemployment, low wages, the need to create decent-paying jobs, rebuilding our infrastructure and moving us to energy efficiency and sustainable energy.

There is one issue that is even more profound and more basic than everything else that I have mentioned, and that is if a bailout is needed, if taxpayer money must be placed at risk, whose money should it be? In other words, who should be paying for this bailout which has been caused by the greed and recklessness of Wall Street operatives who have made billions in recent years?

The American people are bitter. They are angry, and they are confused. Over the last seven and a half year, since George W. Bush has been President, 6 million Americans have slipped out of the middle class and are in poverty, and today working families are lining up at emergency food shelves in order to get the food they need to feed their families. Since President Bush has been in office, median family income for working-age families has declined by over $2,000. More than seven million Americans have lost their health insurance. Over four million have lost their pensions. Consumer debt has more than doubled. And foreclosures are the highest on record. Meanwhile, the cost of energy, food, health care, college and other basic necessities has soared.

While the middle class has declined under President Bush’s reckless economic policies, the people on top have never had it so good. For the first seven years of Bush’s tenure, the wealthiest 400 individuals in our country saw a $670 billion increase in their wealth, and at the end of 2007 owned over $1.5 trillion in wealth. That is just 400 families, a $670 billion increase in wealth since Bush has been in office.

In our country today, we have the most unequal distribution of income and wealth of any major country on earth, with the top 1 percent earning more income than the bottom 50 percent and the top 1 percent owning more wealth than the bottom 90 percent. We are living at a time when we have seen a massive transfer of wealth from the middle class to the very wealthiest people in this country, when, among others, CEOs of Wall Street firms received unbelievable amounts in bonuses, including $39 billion in bonuses in the year 2007 alone for just the five major investment houses. We have seen the incredible greed of the financial services industry manifested in the hundreds of millions of dollars they have spent on campaign contributions and lobbyists in order to deregulate their industry so that hedge funds and other unregulated financial institutions could flourish. We have seen them play with trillions and trillions dollars in esoteric financial instruments, in unregulated industries which no more than a handful of people even understand. We have seen the financial services industry charge 30 percent interest rates on credit card loans and tack on outrageous late fees and other costs to unsuspecting customers. We have seen them engaged in despicable predatory lending practices, taking advantage of the vulnerable and the uneducated. We have seen them send out billions of deceptive solicitations to almost every mailbox in America.

Most importantly, we have seen the financial services industry lure people into mortgages they could not afford to pay, which is one of the basic reasons why we are here tonight.

In the midst of all of this, we have a bailout package which says to the middle class that you are being asked to place at risk $700 billion, which is $2,200 for every man, woman, and child in this country. You’re being asked to do that in order to undo the damage caused by this excessive Wall Street greed. In other words, the “Masters of the Universe,” those brilliant Wall Street insiders who have made more money than the average American can even dream of, have brought our financial system to the brink of collapse. Now, as the American and world financial systems teeter on the edge of a meltdown, these multimillionaires are demanding that the middle class, which has already suffered under Bush’s disastrous economic policies, pick up the pieces that they broke. That is wrong, and that is something that I will not support.

I proposed to raise the tax rate on any individual earning $500,000 a year or more or any family earning $1 million a year or more by 10 percent. That increase in the tax rate, from 35 percent to 45 percent, would raise more than $300 billion in the next five years, almost half the cost of the bailout. If what all the supporters of this legislation say is correct, that the government will get back some of its money when the market calms down and the government sells some of the assets it has purchased, then $300 billion should be sufficient to make sure that 99.7 percent of taxpayers do not have to pay one nickel for this bailout.

The time has come to assure our constituents in Vermont and all over this country that we are listening and understand their anger and their frustration. The time has come to say that we have the courage to stand up to all of the powerful financial institution lobbyists who are running amok all over the Capitol building, from the Chamber of Commerce to the American Bankers Association, to the Business Roundtable, all of these groups who make huge campaign contributions, spend all kinds of money on lobbyists, they’re here loud and clear. They don’t want to pay for this bailout, they want middle America to pay for it.

This entry was posted in RagBlog and tagged Bank Bailouts, Banking, Congress, Economy. Bookmark the permalink.