Bert Garskof on the Obama ‘Movement’ : Shoot Where the Ducks are 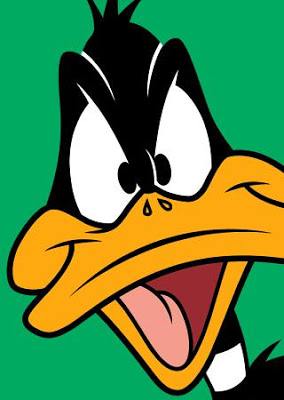 Turning the Obama campaign into a real movement: Get your ducks in a row.
Ducks in Flight:

The Obama campaign has often been described as the Obama Movement. Why? Because of the huge number of young people, students and others who flocked to work for Obama and what he promised — change.
By Bert Garskof / The Rag Blog / November 10, 2008

In 1964 I was Middlesex County, New Jersey, Chairman (not yet a “Chair-person”) for “Citizens for Johnson-Humphrey.” I was asked by the regular party chairman to come to his home on election night to watch the results come in. After the victories were reported and the cheering over, the old-time long-time state chairman leaned back in his chair and told me something I have never forgotten. He said with reference to political work, “Shoot where the ducks are!”

Working class, new working class, hippies, students, women, African-Americans, young people. These and others have been suggested as possible flocks over the last century or so. What has been the sign that has lead various parties, groups, sects, factions, fractions, or coalitions to a constituency on which to focus their energies, their theorizing, and hopes? Whom to target? Whom to go after or even, whose lives should we imitate? The latter might be labeled the “be a duck decoy, and they will come to you,” approach. At the beginning, what led Marx to bank on the working class? What led the late 1960s, organizers of the quickly proven wrong, “Free Vermont Movement;” to decide to leave the friendly streets of New York for the grass-y fields of Vermont? Or theorists to wonder about the new working class of white-collar workers? The list that could go on.

In most instances, I think that what led hopeful organizers to their constituencies may be expressed in another aphorism, this one with no attribution as far as I know, “Without motion there can be no movement.” That is, we have asked, “where is there noticeable dis-order in what part of the mass and complexly organized population?” Amongst all the people whose lives are otherwise ordered and integrated within the exploitative capitalist system who are at least partially bursting out from their assigned and yet self-imposed confines?

At this time in the United States, as the depth and complexity of economic crisis is only beginning to become apparent, and as war has drained our resources and exposed our weakness, the Obama candidacy arose and separated itself from unexciting recent elections. Kerry and Gore were candidates whose virtues may have been many, but whose campaigns were fueled for the most part by the usual combination of paid professionals and party regulars.

The Obama campaign has often been described as the Obama Movement. Why? Because of the huge unprecedented number of young people, students and others who flocked to work for Obama and what he promised — change. They are not a Movement. Not now. Not yet. They are in motion. Mobilized by hope and by the chance to participate in a historic moment – one described by Thomas Friedman as “The End of the Civil War.”

To become a movement, the adherents must stay involved and active even though the task it essentially was mobilized to accomplish has been accomplished. It must come to articulate a theory and practice that expresses change more fundamental than electoral change is able to bring about. It must transmute itself so that it becomes one constituency in a broad-democratic worldwide movement to replace Capitalism before Capitalism destroys itself and the rest of us.

A tall order or an impossible dream – which it is, does not matter. For now, the question is more limited, the scope perhaps more manageable. What can we do now to move ahead? Not exactly a small or unimportant question.

I cannot any longer avoid looking at who “we,” is? I intend until corrected by practice for “we” to be broadly defined as leftists. We cannot afford any longer to fight the battles of the 19th and 20th centuries. We need to use what we have learned to move in the present, informed by but without the weight of our own history. Those who understand the current world in terms of the scourge of capital and who hold a vision of a communal/democratic replacement must act as a “we” and act as organizers. There are too many people in motion for us to batter each other with words or for that matter to batter the Democrats or Nader with words. There is good work to be done.

The call for change resonates with our ducks. They moved from the comforts of cynicism and me-ism into action. There is among all of these actors a range of understanding of what is meant by the oft-repeated Emma Goldman quote, “If voting meant anything, they would make it illegal.” Some who worked for Obama are not yet there. They believe that, as it were, the leopard could change its spots. Many who got involved know the limited gains possible within the electoral/two party system and its government. Before Obama, many had worked in free-swinging campaigns against this or that injustice or third party building and settled on lesser goals.

We must organize among the bright- and experience-dulled eyes and all others who for whatever reasons have placed their hopes on and committed their time to Obama. To look at what must be done we must examine Obama himself and the people he mobilized as one inter-locked system. Obama nurtured grass roots volunteerism. He got it. He expressed a vision of grass-roots democratic change. So do we. Change from the bottom up; yet he is now at the top. We must insist on a seeming paradox: The top is the bottom. Hundreds of thousands flocked to this man and this notion. We of the Left must take the “word” for the possibility. The vision — in every ward, town, county, whatever unit can be traversed, say, in 90 minutes — encourage the birth of a group to decide on issues, positions, priorities and to forge an ongoing, working two-way communication with Obama. (The internet may give us virtual groups in addition to geographically defined groups.)

Perhaps we can think of these emerging groups as, (say) New Haven Voices for Change (VC). Each VC group would earn the right promised in the abstract, would earn the right to this two-way communication. I cannot imagine all of the problems and permutations opened up by this vision. I think we who might see this the way I do, and probably have already thought of it and who probably have thought more deeply, ought to get together to think collectively. However, I would also encourage anyone who sees this potential to go ahead and start. You will quickly know more about this than I do or than any collection of people theorizing same.

How to find, how to define, how to keep involvement, how to use our voices to share power (we must dare) with our President, all only must be dimly perceived without the practice that will clear our sight and define and redefine our options. I hope we open up a discussion or better yet, try it.

This entry was posted in Rag Bloggers and tagged Obama Movement, Obama Presidency, The Left, The Movement. Bookmark the permalink.

3 Responses to Bert Garskof on the Obama ‘Movement’ : Shoot Where the Ducks are