This raucous family band offers a dose of variety and potluck every Sunday in South Austin. 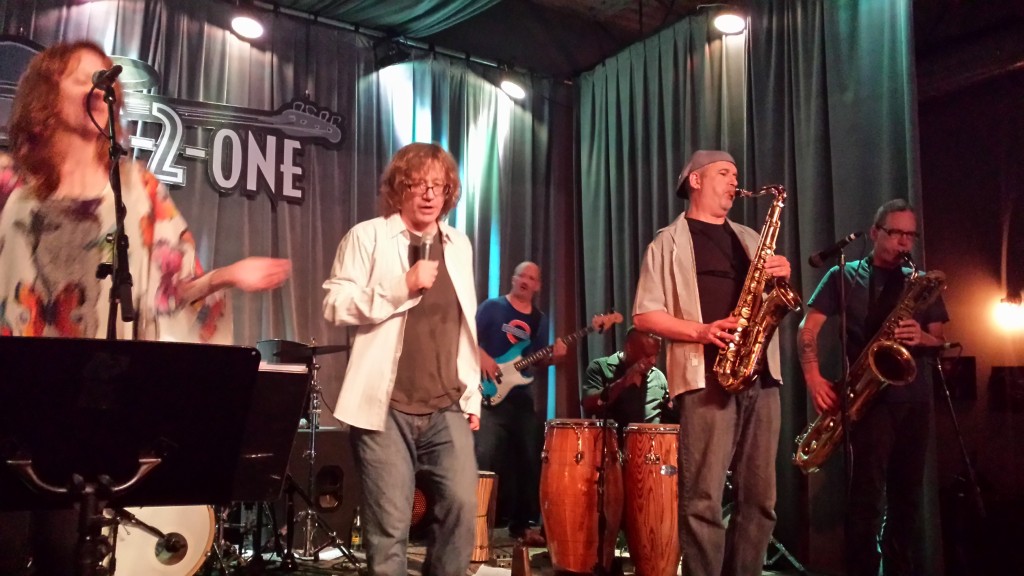 AUSTIN — Patio music is great Austin music, for sure, but it will soon be hot — like it likes to get — and then outdoor music is not so enticing for some of us.

I have no plans to give up live music outside or inside, but I don’t go out every day and I don’t wander into venues just for grins. I need to pace myself, it seems, and so I want three things from my live music experiences these days: to be among friendlies, to be away from the hyped scene crowds, to be physically comfortable.

That’s how we wound up one Sunday last summer down on South Lamar in the dark coolness of the One-2-One, a bar reminiscent of memorable dark, cool dives past. We came for the music, of course, which we knew would be by John Bush, the familiar friendly-faced Greezy Wheels drummer, but we got re-wowed by John Bush the Band guy — plus, there was food.

It’s an old saying: can’t throw a rock in Austin without hitting a first-class musician. That wouldn’t be very nice, of course, and there is already enough reason for our local musicians to feel persecuted, but it’s the idea.

Those of us whose souls are energized and set right by good live music are blessed in our neighborhoods with locally-owned, locally-run venues hosting all kinds of first-rate musical performances at some very reasonable hours for the price of a tip jar donation.

Every musician crowded on that stage that Sunday afternoon at the One-2-One was sure enough fantastic. Because John has been the affable, John Sebastian-type guy smiling from behind the Greezy Wheels drum kit for years, when we followed his name into the a/c we expected good, friendly live music.

But we hadn’t seen him do his own show with those particular musicians before and so had never met the John Bush who drags the mic cord into the spotlight and prowls growly-voiced around the other musicians while they deliver lightning-in-a-bottle, rev-you-up-for-a-day riffs.

John started making music in Dallas, then spent time in New York where he and John Houser played with Edie Brickell and the New Bohemians. Interconnections abound. He has now been settled in Austin for years, where he plays in a number of bands including Greezy Wheels, Patrice Pike, and The Drakes, and stages these John Bush Band gigs.

Plus, he has this place called Cicada Moon studios where he works with musicians who are like family to him. I would say his heart kinda shines through and I like that a lot.

And it’s the reason I am writing this, I suppose, the “family” angle. A good gig in our town should — and will– feel like a family gathering, not the kind with in-laws who hate each other at Thanksgiving but the good kind, the ones that leave you to go home happy you made the scene.

A Google of individual band member names gets you a little bio information, access to free downloads, references to the various other bands they play with and, repetitive descriptive phrases like “a consummate sideman.” The guitar performances are blow-your-socks-off impeccable; Bush himself is a percussionist so the sets include some wonderfully intricate percussion sequences; the horns and keyboards are spot on perfect and Penny Jo’s alto croon is ever exquisite.