Bill Ayers and the Poisonous Nature of American Electoral Politics

What’s most remarkable about this article is the collection of quotes at the end of it from both Democrats and Republicans condemning the university for inviting Ayers to speak in the first place. What hypocrisy: this is a putative academic environment where all views are welcome. Electoral politics in this nation has become so poisoned that it would almost be better to cancel all of it and crown an emperor, or (my personal preference) drop everything and live in absolute anarchy. 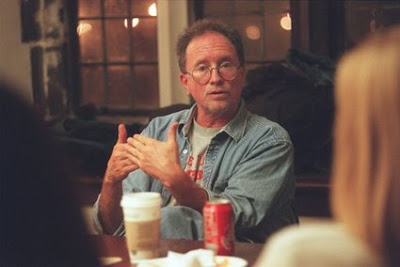 After the McCain campaign has dragged his name through the mud and tried to attach it to Obama’s, Ayers is finding himself shunned even on a university campus.

His address was billed as: “We Are Each Other’s Keepers: Research to Change the World.”

But on October 17, the University of Nebraska-Lincoln canceled the speech.

“The university’s threat assessment group monitored e-mails and other information UNL received regarding Ayers’s scheduled Nov. 15 visit, and identified safety concerns which resulted in the university canceling the event,” the administration said in a press release.

On October 23, the university released further details about these threats.

Mario Scalora, associate professor of psychology, was on the school’s threat assessment team. In an e-mail to the chancellor on the morning of October 17, he cited “substantial security concerns,” though he added, “We do not have any active death threats as yet.”

But a further analysis that he provided did contain thinly veiled death threats.

“Give me a sniper rifle and a good firing position, and I shall move Bill Ayers’ gray matter,” wrote one blogger who identified himself as “Lee Harvey Cornhusker.”

Another blogger wrote, “I wonder what flag he wants on his coffin.”

One caller was described as “very upset” and said there will be “hell to pay” if Ayers is not disinvited within 24 hours.

There was other pressure, as well.

“Some donors threatened to withhold financial support to the university unless Ayers was disinvited,” the Lincoln Journal Star reported, including a foundation that has provided millions.

Many e-mails poured into the paper from people saying they would stop contributing. Kim Morsett wrote: ‘I say to all ALUMS NO MORE $$$$$$$$$ if he speaks.”

Another one said: “This is absolutely disgusting! Whoever made this decision should be removed from their position at UNL. No more contributions from me!!!!!!!!”

Someone named John wrote: “Every year for the past few years, I have donated $5,000 to the University of Nebraska. If Ayers is allowed to set foot on campus, that will end. Not a threat. A promise.”

“I join many Nebraskans in disappointment that Bill Ayers has been invited to the University of Nebraska at Lincoln,” Nelson said. “His past involvement in a violent protest group and incendiary comments are not consistent with the agenda of unity that we need in America today.”

The chancellor of the University of Nebraska at Lincoln, Harvey Perlman, sent out an e-mail to the faculty and staff on October 20 defending the initial invitation to Ayers and bemoaning the fact that the threats of violence impelled him to rescind that invitation.

“Most alarming,” he wrote, “were some responses that were threatening to the security of the campus. . . . The tone and tenor of the e-mails, the phone calls, and the blogs, suggested that the reaction to any Ayers’ visit would represent a significant threat to the safety of the campus. . . . I find it difficult to accept that the actions of a few individuals can deprive this university of its right to select speakers who can contribute to the education of our students. Nonetheless I take seriously the responsibility I have for the safety of members of this community, particularly the students. It seemed cancellation was the most responsible action. This university has always been able to invite and to host controversial speakers from all walks of life and all matters of persuasion. It is unnerving that the apparent escalating passion and violence of recent years makes the exercise of our traditional values more difficult.”

It is a “chilling blow to academic freedom on our campus,” said one, “and there is a lot of frustration and anger from faculty, including some threats to leave.”

This entry was posted in RagBlog and tagged Electoral politics, William Ayers. Bookmark the permalink.