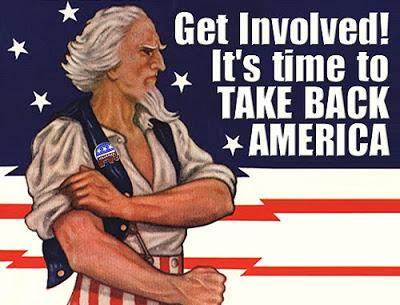 Image from Reckless Eyeballing.
Task for progressives in 2012:
Monkey-wrenching the white united front

It has been striking that many progressives have said so little about race, racism, and the discourse of right-wing populism in the context of the upcoming elections.

In the context of the criticisms that many of us have of the Obama administration for what it has not accomplished, for its advance of a corporate agenda, and for the unacceptable compromises it has made with the Republicans, there is something that I have seen few progressives address.

To borrow from a comment offered by television commentator Tavis Smiley, the 2012 elections are likely to be the most racist that most of us have seen in our lifetimes. Given this, what are the implications?

It has been striking that many progressives, particularly those who have not only written off President Obama but also written off all those who offered critical support to the Obama campaign in 2008, have said so little about race, racism, and the discourse of right-wing populism in the context of the upcoming elections.

We have witnessed the first Black president of the United States questioned about his citizenship and birthplace, yet I have seen precious little from many friends on the left side of the aisle (particularly those so critical of Obama) responding to this. If you put your ear to the ground, however, you hear the murmurings of Black Americans furious that Obama was put in a place where he had to file a petition in order to obtain his Hawaii birth certificate.

The murmurings do not stop there. When Donald Trump and other opportunists started asking questions about how it was that Obama got into Columbia University and Harvard Law School (i.e., was he REALLY qualified to have gotten into those schools?), for most of us enough was enough. Because this was no longer about Obama and it had very little to do with criticisms of Obama and his policies.

The white nationalist backlash is using Obama as the target but they are attempting to create a white united front to, in their minds, take back the United States. Part of this agenda means delegitimizing the democratically elected President, but it also goes towards tampering with election laws and voting processes in state after state.

In case you have not noticed, in many states where there is a Republican majority in control, efforts are underway to restrict voting, whether by further limiting ex-felons from voting, to eliminating same-day voter registration, to the demand for picture identifications at the time of voting, to the shortening of periods of early voting.

The objective is to reduce the potential anti-Republican electorate. This is being done by demagogically and inaccurately crowing about alleged voter fraud. But this happens through the Right racializing alleged voter fraud. In other words, as opposed to a discussion about real voter theft, e.g., the Republican theft of the 2000 election, the right wing uses black and brown characters as the way of convincing segments of the white populace that something needs to be done, otherwise these colored peoples will be taking over.

The racist attacks on Obama, then, fuse with the larger right-wing narrative: the United States of America is being lost to white people. This has been the core of the Birther message, but it has also been the core of the attacks that contributed to the collapse of ACORN, as well as the blitzkrieg effort of the Right to overturn voting rights.

In its more extreme version it is the core of the message that comes out of the fascist and semi-fascist movements among white nationalists such as the Sovereign Citizens (the subject of a segment of the May 15th episode of 60 Minutes).

What we are witnessing is disturbingly similar to the period of the overthrow of Reconstruction and the building of the Jim Crow segregationist system in the South. Appealing to fears among whites, and in a frantic effort to destabilize any efforts at unity between the black and white poor in the South at the end of the 19th century, white Southern elites moved an agenda of voter disenfranchisement, hiding behind various coded concerns such as the literacy of the electorate.

African Americans were completely disenfranchised, and quite ironically, so were many poor whites.

Despite our knowledge of history and awareness of the antics of white right-wing populism, few progressives are discussing the implications of any of this for the 2012 elections. The implications, it would seem to me, are quite profound, and range from what this means about HOW to criticize the Obama administration, to how to ensure that the elections are not outright stolen by the white Right.

Just to be clear before some of my critics start yelling that “Fletcher is covering for Obama,” this column is about racial politics in the USA. The particular flashpoint happens to be Obama but what is at stake, as I have attempted to elaborate, is far more than the political future of a corporate liberal president.

Silence on the part of progressives in the face of this situation, despite our own legitimate criticisms of Obama, misses the larger picture. Yes, we must criticize Obama; yes, we must push this administration; yes, we must protest any retrograde domestic or foreign policies. But in the end, we need to be discussing how this is done in the context of fighting a white, right-wing populism that is arguing that Obama is an alien and that he (and the changing demographics of the USA) represents the end of the white “American Dream.”

We should have no illusions that the Republican candidate for the presidency, irrespective of who gets it, will center their campaign on anything but this one, critical message.

I think it is time to talk about strategy and tactics in the fight for power and against the Right, and not only about matters of policy. Politics is dirty, but it is also very complicated, that is, if one exists in the real world rather than in one’s own playpen.

[BlackCommentator.com editorial board member, Bill Fletcher, Jr., is a Senior Scholar with the Institute for Policy Studies, the immediate past president of TransAfricaForum and co-author of Solidarity Divided: The Crisis in Organized Labor and a New Path toward Social Justice (University of California Press), which examines the crisis of organized labor in the USA. This article was first posted at BlackCommentator.com and was distributed by Progressive America Rising.]