Bill Freeland : A Balanced Budget for All Citizens! 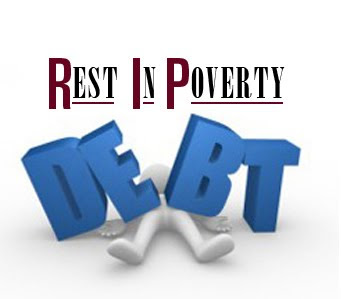 Graphic by Bill Freeland / The Rag Blog.
Proposed:
A balanced budget amendment for all citizens

The guys who now work at bank loan departments and refinance companies would finally have to go out and find honest work.

Like many Americans, I am thrilled by the Republicans’ bold support for a balanced budget amendment.

It’s the best way to get our fiscal house in order, they tell cheering crowds across the country.

But here’s my question: does the proposal go far enough!

Consider: if it’s good to limit new federal spending to only what the government takes in during a given year, why not place that same constitutional restriction on citizens? If Washington has to start living debt-free, why shouldn’t every American have to do the same?

So here’s my simple solution: just as with the government under a balanced budget amendment, individual Americans should no longer be able take on more new debt than they could pay off by the end of each year.

Imagine: every American, every December 31st, with every bill from that year paid in full — just like Uncle Sam!

Here’s some examples of how it would work:

Say you’re a young person about to go off to college but the money you’ve faithfully saved from a sidewalk lemonade stand or mowing lawns simply won’t cover it. Yet, unlike so many students, you don’t want to get a $100,000 bill along with your diploma.

Under this new pay-as-you-go amendment, you would only enroll in the courses you can pay for during each academic year. Result: no student loans — ever! Of course, at that rate, it would probably take at least a dozen years to finish a four- year degree, but you’d be doing your part to fight nanny socialism.

Once out of school, new grads, of course, will want their first new car. But that would mean an expensive auto loan that can take years to pay off.

No more! Thanks to my consumer balanced budget amendment, these young people will escape that debt trap. What they will be required to do instead is to look for a reasonably priced used car, which with any luck will last them until they have saved up enough to buy their dream car for cash.

The next obvious step for these thrifty Americans would be owning a home. But as with their educational and transportation needs, they will have to save before they spend — again, just like Uncle Sam.

That will mean finding suitable rental accommodations, perhaps for decades, since multi-year, debt-creating mortgages would be abolished as un-American. Meanwhile they will develop the moral rigor that only postponed gratification can impart.

Now see yourself in old age. Just like our newly prudent government, downsizing will be the order of the day — including no borrowing allowed against home equity, for example, to pay for nursing home care, etc. That might be considered a downside until you recall that our Founding Fathers never had any such a safety net and yet they managed to build a great nation.

Such a consumer-centered amendment would have other benefits as well. To avoid the temptation to over spend on credit cards, for example, we would simply outlaw that form of “plastic money.” In addition, the amendment would also do away with other sorts of other easy credit. As a result the guys who now work at bank loan departments and refinance companies would finally have to go out and find honest work.

I’m not saying that a return to a nineteenth century financial system will be easy. After all, spending only what you literally have in your pocket will be challenging.

But if we are really serious about solving our debt crisis, public and private — as the balanced budget advocates surely are — this new amendment is what it’s going to take — both from our government and from ourselves!