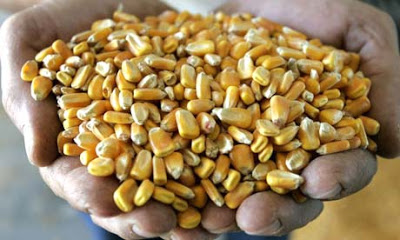 Biofuels have forced global food prices up by 75% – far more than previously estimated – according to a confidential World Bank report obtained by the Guardian.

The damning unpublished assessment is based on the most detailed analysis of the crisis so far, carried out by an internationally-respected economist at global financial body.

The figure emphatically contradicts the US government’s claims that plant-derived fuels contribute less than 3% to food-price rises. It will add to pressure on governments in Washington and across Europe, which have turned to plant-derived fuels to reduce emissions of greenhouse gases and reduce their dependence on imported oil.

Senior development sources believe the report, completed in April, has not been published to avoid embarrassing President George Bush.

“It would put the World Bank in a political hot-spot with the White House,” said one yesterday.

The news comes at a critical point in the world’s negotiations on biofuels policy. Leaders of the G8 industrialised countries meet next week in Hokkaido, Japan, where they will discuss the food crisis and come under intense lobbying from campaigners calling for a moratorium on the use of plant-derived fuels.

It will also put pressure on the British government, which is due to release its own report on the impact of biofuels, the Gallagher Report. The Guardian has previously reported that the British study will state that plant fuels have played a “significant” part in pushing up food prices to record levels. Although it was expected last week, the report has still not been released.

“Political leaders seem intent on suppressing and ignoring the strong evidence that biofuels are a major factor in recent food price rises,” said Robert Bailey, policy adviser at Oxfam. “It is imperative that we have the full picture. While politicians concentrate on keeping industry lobbies happy, people in poor countries cannot afford enough to eat.”

Rising food prices have pushed 100m people worldwide below the poverty line, estimates the World Bank, and have sparked riots from Bangladesh to Egypt. Government ministers here have described higher food and fuel prices as “the first real economic crisis of globalisation”.

President Bush has linked higher food prices to higher demand from India and China, but the leaked World Bank study disputes that: “Rapid income growth in developing countries has not led to large increases in global grain consumption and was not a major factor responsible for the large price increases.”

Even successive droughts in Australia, calculates the report, have had a marginal impact. Instead, it argues that the EU and US drive for biofuels has had by far the biggest impact on food supply and prices.

Since April, all petrol and diesel in Britain has had to include 2.5% from biofuels. The EU has been considering raising that target to 10% by 2020, but is faced with mounting evidence that that will only push food prices higher.

“Without the increase in biofuels, global wheat and maize stocks would not have declined appreciably and price increases due to other factors would have been moderate,” says the report. The basket of food prices examined in the study rose by 140% between 2002 and this February. The report estimates that higher energy and fertiliser prices accounted for an increase of only 15%, while biofuels have been responsible for a 75% jump over that period.

It argues that production of biofuels has distorted food markets in three main ways. First, it has diverted grain away from food for fuel, with over a third of US corn now used to produce ethanol and about half of vegetable oils in the EU going towards the production of biodiesel. Second, farmers have been encouraged to set land aside for biofuel production. Third, it has sparked financial speculation in grains, driving prices up higher.

Other reviews of the food crisis looked at it over a much longer period, or have not linked these three factors, and so arrived at smaller estimates of the impact from biofuels. But the report author, Don Mitchell, is a senior economist at the Bank and has done a detailed, month-by-month analysis of the surge in food prices, which allows much closer examination of the link between biofuels and food supply.

The report points out biofuels derived from sugarcane, which Brazil specializes in, have not had such a dramatic impact.

Supporters of biofuels argue that they are a greener alternative to relying on oil and other fossil fuels, but even that claim has been disputed by some experts, who argue that it does not apply to US production of ethanol from plants.

“It is clear that some biofuels have huge impacts on food prices,” said Dr David King, the government’s former chief scientific adviser, last night. “All we are doing by supporting these is subsidising higher food prices, while doing nothing to tackle climate change.”

This entry was posted in RagBlog and tagged Biofuel, Environment, Global Economy. Bookmark the permalink.