Blame Is an Ugly Word – Let’s Stop Doing It 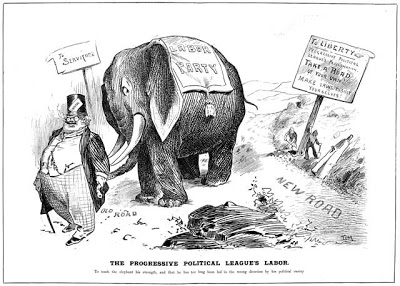 If we have and respect political freedom, then we have a responsibility to only vote for those whose policy positions, values, etc., are what we truly admire and think are what is needed for the country.

A lot of people that I describe as neo-progressives have already started, nervously, to blame those of us who totally reject lesser-evil voting and the two-party system (duopoly) and plutocracy that Barack Obama supporters seem more than willing to sustain.

Neo-progressives are really nothing more than Democrats feeling too ashamed to call themselves Democrats but, instead, rejoice in calling themselves progressives, as if they buck the status quo political system. They do not. They are not genuine political dissidents. They always find a rationale to keep voting for Democrats and for not voting for any third-party or independent candidate, especially in presidential elections.

How do we best serve democracy? That is a central question for me. I reject lesser-evil voting that allows people with an easy conscience to vote for candidates that they know have very serious deficiencies, and not vote for others that do not have much of a chance of winning, even though they represent a more preferred set of policy positions and ideals.

Here is the central lesson I have come to: If democracy is to have real meaning and if people recognize the critical importance of fostering political competition, then clearly we must stop blaming some people for who wins an election, even though they did not vote for that winner.

In other words, it is very damaging to democracy if the concept of a spoiler is applied to some candidates (for taking votes away from some preferred candidate) and if blame is also placed on those who follow their conscience and do not vote for the candidate favored by the left (neo-progressives, liberals, and Democrats).

This year, lesser-evil voters in the millions will vote for Obama. They really do not agree with many of Obama’s positions and views, nor do they necessarily have much confidence that he will deliver true political reforms. That they want change does not make their choice right, certainly not in the long run if one agrees that we must put an end to the two-party plutocracy run mostly to serve the corporate state and the wealthy. Lesser-evil voting got us to where we are today and will not restore American democracy.

I hope there are millions of astute Americans that conclude that neither Obama nor McCain deserve their vote. If they decide not to vote at all or if they vote for some third-party candidate, then they are not to be blamed. They are to be respected as taking democracy seriously and making freedom more than an empty symbolic concept.

If we have and respect political freedom, then we have a responsibility to only vote for those whose policy positions, values, etc., are what we truly admire and think are what is needed for the country.

The lesser-evil voters are the ones making a mockery of democracy. And the people who blame all those not voting for Obama for electing McCain, should that happen, are the ones defiling democracy.

True proponents for change will vote for Ralph Nader or one of the other third-party candidates, if they find that candidate to really be what the country needs. Winning is not the highest priority or the greatest need. Getting votes counted for candidates outside the corrupt two-party system is what is needed for the longer term and keeping hope alive for an eventual political revolution — something that Obama shows no signs of delivering. People who label themselves as independents should not succumb to pressure to vote for Obama mainly because they fear McCain.

If McCain wins, then the only people deserving blame for what results are those that voted for him. And make no mistake; I predict there would be much to blame him and them for. Still, I would feel much joy in seeing Obama with his audacity of arrogance lose. And if he wins, there will be, eventually, much to blame him and his voters for. It is less important to get the first black president than it is to strike a blow against the two-party plutocracy. Anyway, if Obama was a true political messiah he would have, from the very start, proclaimed he wanted to be considered an American, not an African-American.

American democracy has become fake and delusional and our Constitution shredded. And the only people to blame for both are all those who voted for Democrats and Republicans. When will people learn?

Despite revolting conditions, most Americans remain unready to revolt, even the working poor. And the longer that ugly truth remains, the more we need what Thomas Jefferson knew was periodically required, a real political revolution.

Millions of Obamatons would probably welcome putting this on all our currency: “In God and Barack Obama We Trust.” That’s how insane things seem these days, at least to those of us who have not succumbed to all his smiles and empty rhetoric. As to those genuinely believing that McCain would make a great president, being dumb is no better than being delusional.

This entry was posted in RagBlog and tagged Electoral politics, Presidential Campaign. Bookmark the permalink.