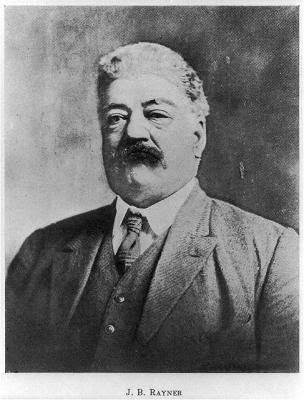 [This is the second section of Part 9 of Bob Feldman’s Rag Blog series on the hidden history of Texas.]

In the decade before the then-Democratic Party-oriented white power structure in Texas solidified its early 20th century system of legalized racial segregation and institutionalized white supremacy and white racism, large numbers of politically dissatisfied Texas farmers of different racial backgrounds had thrown their electoral support to an alternative, populist third-party: the People’s Party of America.

Also known as the Populist Party, the People’s Party had been established in April of 1891 in Cincinnati and had held its first national convention in July 1892 in Omaha, Nebraska.

We meet in the midst of a nation brought to the verge of moral, political, and material ruin. Corruption dominates the ballot-box, the legislature, the Congress… The newspapers are largely subsidized or muzzled; public opinion silenced; business prostrated; our homes covered with mortgages; labor impoverished; and the land concentrating in the hands of the capitalists…

The fruits of the toil of millions are boldly stolen to build up colossal fortunes for a few, unprecedented in the history of mankind… From the same prolific womb of governmental injustice we breed the two great classes — tramps and millionaires…

We have witnessed for more than a quarter of a century the struggle of the two great political parties for power and plunder, while grievous wrongs have been inflicted upon the suffering people. We charge that the controlling influences dominating both these parties have permitted the existing dreadful conditions to develop without serious effort to prevent or restrain them…

They propose to sacrifice our homes, lives and children on the altar of mammon; to destroy the multitude in order to secure corruption funds from the millionaires…

Although the People’s Party of America’s 1892 platform apparently also favored “further restriction of undesirable immigration” to the USA during the early 1890s U.S. economic depression, “the Populist movement was `radical’ in another way… –the inclusion of black Texans,” according to Randolph Campbell’s Gone To Texas. As the same book recalled, the 1891 People’s Party of Texas state convention “elected two African-Americans to the state executive committee” and “the Populist position on race stood in total contrast to that usually taken by the Democratic Party, which had no black leaders.”

So, not surprisingly, during the early 1890s in Texas, “Populists won over an increasing number of black voters through the [efforts of] Negro organizers such as J.B. Rayner and promises of better education, equal political and legal rights, and economic improvement in the midst of a depression” and “attracted about 35 percent of the Negro voters” in Texas in 1894, according to Alwyn Barr’s Black Texans.

By 1892, Texas “had more than 2,000 local Populist clubs and a statewide [Populist] newspaper, the Dallas Southern Mercury” and “on June 23-24,1892, a thousand Populists gathered in Dallas and nominated Thomas L. Nugent for governor,” according to Gone To Texas.

Strongly backed by white small farmers in Texas, People’s Party gubernatorial candidate Nugent won 25 percent of the vote in 1892 — although he “received virtually no support from Mexican-Americans in South Texas ” where “the boss-rule system of politics” was pretty much able to block any Democratic voters from shifting their votes to a third-party alternative candidate.

With increasing electoral support from African-American voters in Texas in 1894, however, Nugent was able to win 36 percent of the state’s votes in the 1894 gubernatorial campaign, and “populist candidates for Texas’s seats in Congress ran strongly in 1894 [and] the party elected 22 members of the state house of representatives and 2 state senators [and] populist organizations such as the Young People’s League of Texas and local glee clubs attracted popular support,” according to Gone To Texas.

But despite the Populist third-party candidate for governor in Texas subsequently even winning 44 percent of the votes in 1896, after a significant number of People’s Party of America national leaders adopted a political strategy of fusion with the Democratic Party in other states, electoral support for the third-party Populist alternative to the state’s white supremacist Democratic Party in Texas began to decline rapidly.