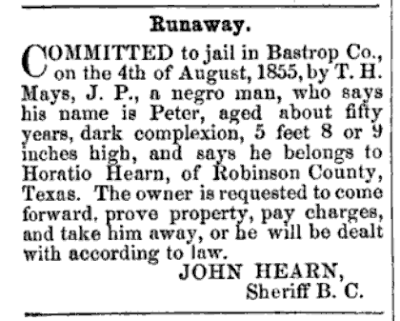 [This is Part 5 of Bob Feldman’s Rag Blog series on the hidden history of Texas.]

Within a few months after Texas became part of the United States, U.S. troops under General Zachary Taylor’s command were already establishing the disputed Rio Grande boundary line as the new southern border between Texas and Mexico; and some U.S. troops were being sent across the Rio Grande, even further south into Mexican territory, by late March 1846.

After a Mexican cavalry unit ambushed some of the U.S. troops that apparently had crossed the Rio Grande in a provocative way on April 25, 1846 (killing 11 U.S. troops, wounding six, and taking 63 more as prisoners), U.S. President Polk used the incident as a pretext to get the U.S. Congress to declare war on Mexico on May 13, 1846.

And after U.S. military troops occupied Mexico City on Sept. 14, 1847 (during a war in which 13,283 U.S. troops died and 4,152 were wounded), the Mexican government was eventually forced to agree to sign the Treaty of Guadalupe Hidalgo on February 2, 1848. As a result of this treaty, “Mexico gave up all claims to Texas,” “agreed to a new frontier with the United States,” and “lost two-fifths of her territory,” according to Robert R. Miller’s book, Mexico: A History.

In 1847, a year after Texas became a state within the USA, around 142,000 people — not counting its remaining Native Americans — were living in Texas. Of the 142,000 non-indigenous residents of Texas in 1847, nearly 39,000 were African-American slaves. Although around 3,000 slaves escaped into Mexico from Texas between 1836 and 1851 (and 1,000 more African-American slaves also escaped into Mexico from Texas between 1851 and 1855), the overall number of enslaved African-Americans who lived in Texas dramatically increased between 1847 and 1860. As Professor Alwyn Barr noted in his essay, “Black Texans During the Civil War”:

Further immigration of slaveholding settlers from the United States and the development of a slave trade by land and water from the southern states brought the slave population in Texas to 182,566 by 1860, along with a small group of free Blacks who numbered less than a thousand… African Americans formed 30 percent of the Texas population on the eve of the Civil War in the Anglo-dominated region that extended a little west of Fort Worth, Austin, and San Antonio…

At least 25 percent of Anglo families owned slaves in Texas. Over 2,000 Texans held 20 or more bondsmen… 60 families owned 100 or more slaves. By 1860 David and Robert Mills stood at the pinnacle of the planter class with 344 bondsmen. Slaves formed majorities of the population in 13 counties… The life span for slaves averaged about 50 years, some five years less than for whites…

Around 95 percent of Texas’s black slaves in 1860 worked without pay on either Texas farms or Texas plantations. According to Alwyn Barr’s Black Texans, “the vast majority of slaves in Texas lived in rural areas.” But “over a thousand” black slaves also “resided in both Galveston and Houston by 1860,” and African-American slaves who were owned mainly by white businessmen and upper-middleclass professionals also lived “in Austin, San Antonio, and other large towns,” according to the same book.

In Austin, for example, according to David Humphrey’s Austin: An Illustrated History:

Slavery was an integral part of the life of the town. Of Austin’s 3,500 inhabitants in 1860, about 1,000 were slaves. While free blacks numbered less than a dozen, enslaved blacks formed almost 30 percent of the population, a greater percentage than in such Texas cities as Houston and Galveston.

More than a third of Austin’s Anglo families owned slaves. Among the town’s prosperous lawyers, merchants, doctors, ministers, and high-government officials, slave-owning was the rule rather than the exception. A handful, such as Episcopal Bishop Alexander Gregg, postmaster William Rust, and physician John Alexander, owned more than 20 slaves…

But among the white residents who weren’t from the Southern states, about 20,000 were German-born, some of whom — like Adolph Douai — were political refugees from the suppressed 1848 revolutionary movement in Germany. Coincidentally, the politically radical Douai was one of the first known Marxists to live in Texas.

According to Herbert Aptheker’s 1989 book, Abolitionism: A Revolutionary Movement, in the early 1850s Douai began publishing the San Antonio Zeiutung — “which described itself as a social-democratic newspaper.” But “within one year of its existence, the Austin State Times (19 May 1854) was suggesting: `The contiguity of the San Antonio River to the Zeitung, we think suggests the suppression of that paper; pitch in.’” And “a year later, the paper closed and Douai fled for his life to Philadelphia,” according to Aptheker’s book.

Nothing much was manufactured inside Texas in 1860, but Texas was the 5th-largest cotton-producing state in the United States; and 90 percent of the cotton grown in Texas was produced by Texas farmers or Texas plantation owners who owned slaves.

About 75 percent of the African-American slaves in Texas then were owned by the wealthiest 15 percent of the people, while the poor whites of Texas — who composed about 25 percent of its white Anglo population by 1860 — only owned 1 percent of the property. So by 1860, not surprisingly, around 67 percent of all state and local political offices in Texas were occupied by Texas property owners who owned slaves.

But according to W.E.B. Du Bois’s Black Reconstruction in America 1860-1880, “the division of the planters and poor whites was less distinct” in Texas “than in many other Southern states” in 1860, and “there was plenty of rich land” where “the poorest white men could get a start.”