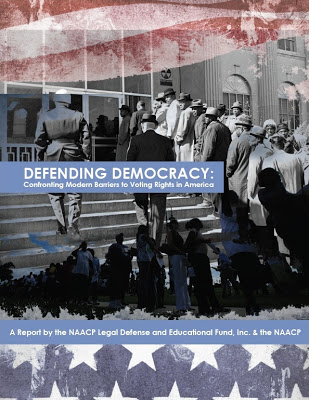 It took two stolen U.S. presidential elections and the prospect of another one coming up in 2012.

For years the Democratic Party and even much of the left press has reacted with scorn for those who’ve reported on it.

But the imperial fraud that has utterly corrupted our electoral process seems finally to be dawning on a broadening core of the American electorate — if it can still be called that.

The shift is highlighted by three major developments:

1. The NAACP goes to the United Nations

In early December, the National Association for the Advancement of Colored People (NAACP), the largest civil rights organization in America, announced that it was petitioning the United Nations over the orchestrated GOP attack on black and Latino voters.

In its landmark report entitled “Defending Democracy: Confronting Modern Barriers to Voting Rights in America,” the NAACP directly takes on the new Jim Crow tactics passed in 14 states that are designed to keep minorities from voting in 2012.

The report analyzes 25 laws that target black, minority and poor voters “unfairly and unnecessarily restrict[ing] the right to vote.” It notes “a coordinated assault on voting rights.”

The Free Press has been reporting on this coordinated assault since the 2000 election, including the heroic struggle of voters in Ohio to postpone the enactment of the draconian House Bill 194 that was the most restrictive voting rights law passed in the United States. (See “Voting rights activists fight back against new Republican Jim Crow attack in Ohio.”)

The NAACP points out that this most recent wave of voter repression is a reaction to the “historic participation of people of color in the 2008 presidential election and substantial minority population growth according to the 2010 consensus.”

It should be no surprise that the states of the old Confederacy — Florida, Georgia, Texas, and North Carolina — are in the forefront of repressing black voters. Three other Jim Crow states with the greatest increase in Latino population — South Carolina, Alabama, and Tennessee — also implemented drastic measures to restrict minority voting.

The report documents that a long-standing tactic under fire since the 1860s — the disenfranchisement of people with felony convictions — is back in vogue. This has been coupled with “severe restrictions” on persons conducting voter registration drives and reducing opportunities for early voting and the use of absentee ballots complete these template legislative acts.

Most of these new Jim Crow tactics were initially drafted as model legislation by the American Legislative Exchange Council (ALEC), a secretive and conservative corporate policy group whose founder, according to the NAACP, is on record in favor of reducing the voting population in order to increase their own “leverage.”

The Brennan Center for Justice estimates that the 25 laws passed in these 14 states could prevent as many as 5 million voters from voting, a number easily exceeding the margin of victory in numerous presidential elections.

Ohio’s HB 194, which awaits a 2012 referendum vote, would disenfranchise an estimated 900,000 in one of our nation’s key battleground states.

An important statistic in all the legislation is that 25% of African Americans lack a state photo identification, as do 15% of Latinos, but by comparison, only 8% of white voters. Other significant Democratic constituents — the elderly of all races and college students — would be disproportionately impacted.

Ohio voters have just repealed a draconian anti-labor law passed by the GOP-dominated legislature and the state’s far-right governor John Kasich. Whether they will do the same to this massive disenfranchisement remains to be seen. But the fact that it’s on a state ballot marks a major leap forward. Ohio activists are also drafting a constitutional amendment that includes revamping the registration, voting, and vote count procedures. (See “Post-Buckeye Election Protection?“) 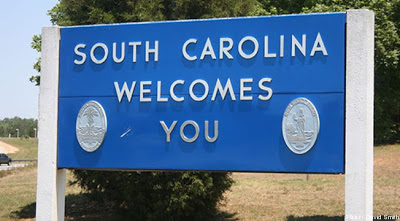 On Friday, December 23, 2011, the U.S. Justice Department called South Carolina’s new voter ID law discriminatory. The finding was based in part on the fact that minorities were almost 20% more likely than whites to be without state-issued photo IDs required for voting. Unlike Ohio, South Carolina remains under the 1965 Voting Rights Act and requires federal pre-approval to any changes in voting laws that may harm minority voters.

The Republican governor of South Carolina Nikki Haley denounced the Justice Department decision as “outrageous” and vowed to do everything in her power to overturn the decision and uphold the integrity of state’s rights under the 10th Amendment.

The U.S. Supreme Court has upheld the requirement of photo ID for voting. Undoubtedly the attempt by U.S. Attorney General Eric Holder to challenge this will go to the most thoroughly corporate-dominated Court in recent memory. The depth of the commitment of the Obama Administration to the issue also remains in doubt.

3. The EAC finally finds that voting machines are programmed to be partisan

The EAC ruled that the ballot scanners made by ES&S electronic voting machine firm failed 10% of the time to read the votes correctly. Ohio is one of 13 states that requires EAC certification before voting machines can be used in elections.

The Cleveland Plain Dealer reported in 2010 that the voting machines in heavily Democratic Cuyahoga County had failed during testing for the 2010 gubernatorial election. Cleveland uses the same Republican-connected ES&S ballot scanners — the DS200 opti-scan system. Ohio’s Mahoning County, home of the Democratic enclave of Youngstown, also uses the DS200s. The same opti-scan system is also used in the key battleground states of Florida, Illionois, Indiana, New York, and Wisconsin.

Voting rights activists fear a repeat of the well-documented vote switching that occurred in Mahoning County in the 2004 presidential election when county election officials admitted that 31 of their machines switched Kerry votes to Bush.

But a flood of articles about these realities — including coverage in The New York Times — seems to indicate the theft of our elections has finally taken a leap into the mainstream of the American mind. Whether that leads to concrete reforms before another presidential election is stolen remains to be seen.

But after more than a decade of ignorance and contempt, it’s about time something gets done to restore a semblance of democracy to the nation that claims to be the world’s oldest.