Bob Fitrakis and Harvey Wasserman : Hell of a Way to Begin a Year 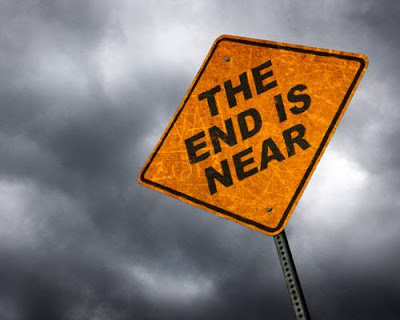 It’s a hell of a way to begin a year many believe will mark the end of the world.

In case you missed it, President Barack Obama has signed a death knell for the Bill of Rights. It’s a hell of a way to begin a year many believe will mark the end of the world.

The National Defense Authorization Act (NDAA) makes a mockery of our basic civil liberties. It shreds the intent of the Founders to establish a nation where essential rights are protected. It puts us all at risk for arbitrary, indefinite incarceration with no real rights to recourse.

The Act authorizes a $626 billion dollar defense budget (which does not include the CIA, special ops, various black box items, etc.). Obama’s signing statement says it does address counterterrorism at home and abroad as well as Defense Department modernization, health care costs, and more.

But it also includes Sections 1021 and 1022, bitterly opposed by the American Civil Liberties Union and Human Rights Watch, among many others. The New York Times urged Obama to veto the bill because of them. The UK-based Guardian said NDAA 2012 allows for indefinite detention of U.S. citizens “without trial [of] American terrorism subjects arrested on U.S. soil, who could then be shipped to Guantanamo Bay.” The Kansas City Star was equally blunt, stating that the NDAA is “trampling the bill of rights in defense’s name.”

Section 1021 reasserts the President’s authority to use the military to detain any person “who was part of or substantially supported al-Qaeda, the Taliban, or associated forces that are engaged in hostilities against the United States or its coalition partners.” It also includes the military’s power to detain anyone who commits a “belligerent act” against the U.S. or its coalition allies under the law of war.

Despite widespread public pressure, Obama did not veto the bill. In his signing statement he said: “I have signed this bill despite having serious reservations with certain provisions that regulate the detention, interrogation, and prosecution of suspected terrorists.”

Citing the Authorization for Use of Military Force (AUMF) passed by the United States Congress on September 14, 2001, the NDAA states that those detained may be detained “without trial, until the end of the hostilities authorized by the [AUMF].” The NDAA also allows trial by military tribunal, or “transfer to the custody or control of the person’s country of origin,” or transfer to “any other foreign country or any other foreign entity.” This last practice is known as “rendition.”

It’s been widely documented that the United States has used rendition as a way to let individuals be tortured outside of U.S. soil. “Extraordinary rendition” — used during the second Bush administration — is the kidnapping and transfer of individuals to a third country for purposes of “enhanced interrogation,” otherwise known as torture.

An amendment to the NDAA offered by Senator Mark Udall forbidding the indefinite detention of U.S. citizens failed by a vote of 37-61. A compromise amendment to preserve current law concerning the detention of U.S. citizens and lawful resident aliens within the United States proposed by Senator Dianne Feinstein passed, but only sparked more controversy.

Feinstein insisted the reference to current law meant that U.S. citizens could not be indefinitely detained, while Senators Carl Levin and John McCain argued that it does allow indefinite detention. Senator Levin cited the Supreme Court as stating that, “There is no bar to this nation’s holding one of its own citizens as an enemy combatant.”

The ACLU stated that, “The statute contains a sweeping worldwide indefinite detention provision… [without] temporal or geographic limitations, and can be used by this and future Presidents to militarily detain people captured far from any battlefield.”

Civil libertarians are calling for the specific repeal of Sections 1021 and 1022, asking elected officials to come out in favor of this repeal. Civil libertarian activists are also calling on local governments to pass ordinances and statutes declaring their municipalities and states “Bill of Rights Enforcement Zones” or “Rendition-free Zones.”

The ACLU believes that “the breadth of the NDAA’s detention authority violates international law because it is not limited to people captured within the context of an actual armed conflict as required by the laws of war.” Sections 1021 and 1022 pose a threat to U.S. citizens on U.S. soil who may be seized and held indefinitely because of so-called “belligerent acts.”

For a long while we have been hearing apocalyptic predictions about the end of the world through solar flares, natural disasters, invasions from outer space, and the like. All that is believed to be slated for December 2012.

But what most of the nation doesn’t realize is that the end of our basic civil liberties, in place since the December 1791, ratification of the Bill of Rights, has already taken place.