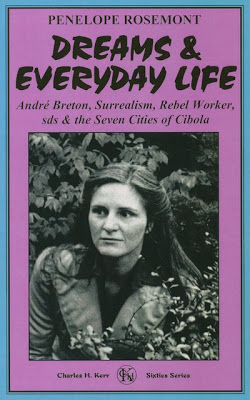 Despite an era made for modern day state and corporate Metternichs there are stirrings, movement, growing discontent. In the words of Buffalo Springfield’s song, “There’s something happening here. What it is ain’t exactly clear.” It’s difficult to define it, but it’s there and it has some folks worried. Today’s sparks are being compared to the sixties New Left.

I recently saw a televised panel discussion making just such comparisons. The pundits argued that the sixties youth were a spoiled generation of a consumerist society who never experienced economic depression and political oppression. Left “leaderless” because of the assassinations of John F. Kennedy, Robert Kennedy, Martin Luther King Jr. the movement spiraled off into excessive radicalism and violence. Of course, what other “insight” could one expect from the defenders of the status quo?

I was fourteen in that tumultuous year of 1968 when student youth congregated in protest at the Democratic Party National convention in Chicago and were brutally clubbed, tear gassed, jailed by the riot of the forces of law and order. In Prague, Czechoslovakia, students and workers rallied in the streets against Red Army tanks of the Soviet Union sent in to crush attempts of democratization. In Paris, students spurred on with the slogans of surrealists and situationists occupied universities and, allied with workers, erected barricades in the streets as the country advanced to a general strike that almost toppled the DeGuallist government order. Worldwide protest against the Vietnam War raised consciousness against colonial order. Black Power, the Black Panther Party of Huey Newton and Bobby Seale openly confronted institutionalized and systematic racism of the state. Women’s Liberation challenged male privilege and white men in suits.

The following years were for me a passage of discovery grappling with and absorbing wide ranging radical thought, ideas, symbols and images so different from those I obtained through osmosis from the elders of Windsor’s left-wing working class Ukrainian-Russian community.

By the time I reached university the New Left train had departed and left the station on the way to derailment. The student rebels had exited the campus and broke into factionalism. Some went off to the factories to join the proletariat and hopefully ferment revolution. Others were swallowed up by increasingly commodified counter-culture. A few would eventually make their peace with capitalism, seeking gain in publicly funded institutions, amused at their youthful endeavors and only speak about their “left-wing principles” in very hushed tones. And by the 1980s the corporate counter-revolution under the various names of Reaganism, Thatcherism, neo-conservatism and neo-liberalism with the correlative growth of state authoritarianism was in full swing.

The actors and activists of that sixties movement have attempted to define and redefine what it was all about. Was there anything here worth preserving? Has any program for dissidence, rebellion and revolution been snuffed out? Is there any hope of resurrection? Paul Buhle and Harvey Pekar’s Students for a Democratic Society: A Graphic History tries to tell some of the stories. One of the chapters focuses on the role of Penelope Rosemont.

Rosemont was at the center of the whirlstorm as an activist in SDS, on its national staff and editor of its theoretical journal Radical America. In Dreams & Everyday Life she recounts her journey to becoming a revolutionary from the first moments she stepped onto the campus of Chicago’s Roosevelt University in 1964.

Writing forty years later her account is a retelling of that personal journey still with the fresh eyes of youth. Artist, writer, editor, surrealist, she remains a revolutionary still captivated with the vision that freedom is worth fighting for.

The philosopher Hegel once asserted that “nothing great in the World has been accomplished without passion.” Rosemont’s book is a passionate remembering. In an era when we are taught that there is no real history because nothing ever changes, that today’s society is the way it has always been and will always be, amen!, remembering becomes a useful and subversive tool.

If one is seeking an analytical and historical text about the rise and fall of the New Left, this is not the book. There are no judgments of people, parties and programs here. No second thoughts or justifications. This is a personal history of a history unfolding — at once a personal diary and the potent weapon of cultural critique against conformity and the mindless drudge of imposed wage work. Rosemont takes us along a journey and trajectory opening dreams and possibilities. In the conscious surrealist activity of aimlessly walking the streets of Chicago directed by chance she discovers the thousands of instances of daily life that exist far beyond the pale of commodity capitalism, those small rebellions, free spaces of action, art, poetry, music and culture, real human relationships that have not been devalued by the cold exchange of cash. The discoveries on the streets are also discoveries of the links to a revolutionary past that reaches back to the Haymarket strikes of 1886, the birth of the IWW, the street corner soapboxing of old socialists and anarchists. History is indeed an unfolding and the past does not simply disappear.

Karl Marx, Mikhail Bakunin, Henry David Thoreau, Ralph Waldo Emerson,
Emma Goldman, Sigmund Freud, Herbert Marcuse are part of the journey that accompany her to meetings with the old rebel Wobblies, to London’s anarchists and the profound influences of Andre Breton and the surrealists of Paris. This very personal account recaptures the youthful sense of marvel, excitement and desire that are too often pushed aside and buried under the dead weight of life’s daily drudgeries. She takes aim at today’s spirit-sucking new world corporate Disney Wal-Mart order of ipods, internet, text messaging, commercial bombardment, official government lies and doublespeak that numb us.

André Breton announced in an early surrealist manifesto that imagination balks at being stifled. As we bend to the vicissitudes of capitalist utilitarianism it will abandon us to a “lustreless life.” Fast approaching the age of 54 I’ll be damned that such a fate lays in store for me. Rosemont’s book provides a good reminder never to let go of radical and revolutionary youthful élan.

Find No Revolution Ever Disappears by Penelope Rosemont at Amazon.com

This entry was posted in Rag Bloggers and tagged Books, Marxism, New Left, SDS, Sixties, Surrealism, The Left, The Movement. Bookmark the permalink.