Raising kids to be radical:
‘Annie Shapiro and the Clothing Workers’ Strike’

Teach, your children well
Their father’s hell
Did slowly go by
And feed them on your dreams
The one they picked
The one you’ll know by.
— Crosby, Stills, Nash and Young

One hundred years ago Hannah Shapiro, known as “Annie” among her fellow workers, sewed pants pockets at one of the Hart, Shaffner, and Marx men’s clothing factories in Chicago. She worked 10 hours a day, unless the foreman demanded more pants produced than usual. She earned four cents for every pocket she sewed.

Annie and her parents came from Russia to the United States in 1905 and the family settled on the west side of Chicago. Her father, a former rabbi, earned a modest living teaching Hebrew and Annie, the oldest of eight children, had to go to work to help support the family. She began working when she was 12 and was employed at HSM, when she was 17.

On a bright and sunny day, September 22, 1910, Annie went to work early in the morning. She was saddened to think that she would not leave work until it was dark. Upon arrival, Annie and her fellow workers were informed by the foreman on the floor that the piece rate for each pocket sewed would be cut from four cents to three and three quarter cents. This was the last straw for Annie who experienced daily indignities at the work place involving work rules and wages. She decided she had had enough and stormed off the job.

As she marched down the stairs from the fifth floor, she heard the tramp of many feet. Her fellow workers followed her off the job. Thus, as a result of the spontaneous leadership of Annie Shapiro the great Hart, Schaffner, and Marx strike of 1910 was launched. Eventually 40,000 workers from job sites around the city would march in solidarity with the HSM workers. Workers would receive support from noted progressive lawyer Clarence Darrow, the Women’s Trade Union League, and after a time, the United Garment Workers Union.

After a month’s general strike, HSM agreed to the establishment of a workers’ grievance committee but refused to recognize a union in the factory. That was to come later with the formation of the Amalgamated Clothing Workers, but workers all around the city learned a valuable lesson: the power of the working class comes from solidarity, organization, and action.

This inspiring story is told in a new book written for kids by children’s author Marlene Targ Brill. The book, Annie Shapiro and the Clothing Workers’ Strike, Millbrook Press, 2011, tells the story of Annie in words and attractive illustrations, and includes a script for children’s use in theatrical performances.

Beyond this being a blatant advertisement for a book written by my sister and about my wife’s aunt, I have been intrigued for a long time about education, consciousness raising, and the importance of transmitting progressive narratives from generation to generation.

For me, this is a vital project, particularly given the general ignorance and denial of history in our culture. Even so-called radical scholars reject “historical narratives,” defending a “post-modern” understanding of the world that emphasizes the here and now and the absolute subjectivity of the world.

Thinking about the question of how to reclaim and communicate progressive history to the young, I came across a recent book by Julia L. Mickenberg, Learning From the Left: Children’s Literature, the Cold War, and Radical Politics in the United States, Oxford Press, 2006. In this book Professor Mickenberg presents a history of the impacts of anti-communism on children’s political culture in the Cold War era. (Also, she and Philip Nel edited a collection of representative children’s stories from this period called Tales for Little Rebels, NYU Press, 2010.)

Paradoxically, as radical novelists, essayists, and journalists were blacklisted from publication outlets and public school and university teachers lost jobs or were censored because of what they taught, a small space was opened up for writers and educators in children’s literature. “Red hunters” were able to purge from education, kindergarten through college, curricula and reading materials that studied and advocated for peace, racial justice, equality, and worker rights. But they ignored the children’s book publishing field.

Mickenberg describes in rich detail the many children’s books that addressed these subjects, and in addition, the array of children’s books on science that presented physics and biology from the standpoint of materialism, dialectics, and evolution.

Mickenberg reports that children of the 1950s read books about African American and white kids befriending each other, kids from different countries engaging in common activities, kids enjoying the environments in which they lived, and in some cases books about active, engaged girls and women. Perhaps most important, many children’s stories emphasized the role of people, particularly young people, in bringing about change. 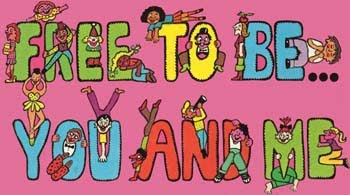 Mickenberg suggests some possible meanings of her research:

The young people in their teens and twenties who joined the Civil Rights Movement and called themselves the “New Left,” who protested the Vietnam War, who formed consciousness-raising groups, and who imagined a kind of “liberation” for their own children through books like Free to be You and Me (1974) had grown up in an age marked by conformity and the repression of dissent. Yet they also managed to find material promoting interracial friendship, critical thinking, “science for the citizen,” and a “working-class Americanism.” Through trade books, many children learned a version of history that was left out of their textbooks, and they found stories that encouraged them to trust their imaginations and to believe that the impossible was possible.

The task of progressives today is to pass along the stories of myriad Annie Shapiro’s to young people. History and consciousness, after all, can be a material force. “Teach your children…”