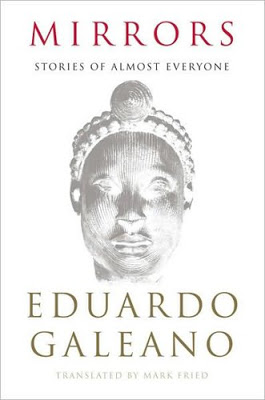 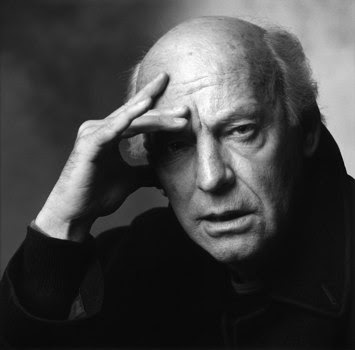 From Hugo Chavez to Barack Obama and to you, too…

He doesn’t have a full beard like Che, doesn’t smoke big cigars like Fidel, or write novels as popular as A Hundred Years of Solitude, but Eduardo Galeano is an icon in Latin America, beloved by readers from Venezuela and Peru to Chile and his own native Uruguay where he was born in 1940, and from where he was exiled for a time because of his radical politics.

There’s no real mystery about the romance that exists between the author and the continent that he has claimed as his own literary territory — without being possessive about it, of course. Galeano speaks and writes in Spanish. He’s a native speaker and native speakers usually win hands down. He knows the gory history of Latin America from the 16th century to the present day to which many other historians have turned a blind eye, and he sees the world from a Latin American point of view, which is all to rare in the profession of history. In Caracas, Buenos Aires, Lima, and all over South America, Galeano is the sort of anti-Yankee imperialist that Latin Americans have loved since the days of Simon Bolivar, and perhaps before that.

No, he’s not as iconic as Che; there are not yet Eduardo Galeano t-shirts that depict the author with his balding head — which is often so shiny it looks polished — and his whimsical smile that makes him so endearing. But there might be t-shirts one day. After all in May, Venezuelan President Hugo Chavez handed Obama a copy of Galeano’s Open Veins of Latin America, which has a kicker of a subtitle — “Five Centuries of the Pillage of a Continent.”

Almost overnight the book, which first appeared in 1973, became a bestseller in the United States, and made Monthly Review Press, the small, leftwing publishing house that put it into print in English very happy, indeed. “We are delighted that the book will be bought and read by new readers,” Monthly Review’s Michael Yates told me. “Galeano’s book shines the light of day on the hidden history of Latin America, revealing truths that we need to know.” In the three weeks after Chavez gave Obama a copy of the book it sold about 1,500 copies a day — a small miracle because Open Veins offers a scalding account of the pillage of the continent that might even shock Obama, who is no slouch when it comes to history.

Galeano’s new book, Mirrors, which is a collection of very short — none more than a page long — essays and vignettes — is published by Nation Books, and parts of Mirrors were published in The Nation this spring. It’s a Nation-kind of book: a book for readers who are disgruntled with the current political and economic mess (or is it a crisis?) who want seismographic changes. The Nation is a good niche for Galeano; he was an editor and journalist in Uruguay and in Argentina, too, after he was forced into exile. He’d be a most reliable Latin American correspondent for The Nation today. Like most Nation readers that I know, he detests dictators, lies, prisons, and torturers, and like most Nation readers he’s not ready to take up arms himself and storm the barricades right now, though he might have done so in his youth. A humanist through and through, he believes in old-fashioned things like human dignity, human rights and the majesty of the human imagination.

Recently, Amy Goodman feted Galeano on her radio show Democracy Now, and sounded in fact like a Galleano groupie, if not a sycophant. But what the heck, every renowned Latin American author deserves his or her fervid fans, and if Goodman wants to shower him with adoration I say let her. On his coast-to-coast tour from New York to Berkeley Galeano was also feted by enthusiastic audiences, which shows, I suppose, that there are many North Americans who see the world through Latin eyes, and who want more of their fellow citizens to understand the toll that those five centuries of pillage has taken on human beings.

Reviewers in national magazines like Harpers have found Mirrors too ideological for their taste, and have largely dismissed it as a left-wing screed. That only makes Latin American readers hug it even more closely to their hearts than they might otherwise have done. One San Francisco Latina journalist, and host on a Spanish-speaking radio station — whom I interviewed — couldn’t hold back her enthusiasm. “I love Eduardo,” she said. “He gives voice to those who are hardly heard, and he illuminates those who have been living in darkness. I feel that we must do something to persuade English speakers to hear him and to see his point of view.”

Galeano’s most enthusiastic fans in the U.S. literary world tend to be Latin Americans, such as Isabel Allende, who was born in Chile and who has lived in California since 1987. “There is a mysterious power in Galeano’s story telling,” she says. “He uses his craft to invade the privacy of the reader’s mind, to persuade him or her to read and to continue reading to the very end, to surrender to the charm of his writing and the power of his idealism.” The word “invade” sounds awfully loaded to me. Knowing Allende, and her work I’m sure that she meant it to be. The word “invade” cannot help but stir up memories of the armed invasion of a whole continent that did not ask to be invaded by the Spanish, the Dutch, the British, the Portuguese, the English and the Yankees to the North who thought of Latin America as their rightful property and ripe for despoiling.

Where Allende, and other Latina authors such as Sandra Cisneros, find charm, gringo critics sometimes feel threatened. That is understandable. Mirrors is at times an angry book that aims to invade the mind of the complacent reader and to overturn his or her fundamental assumptions about North and South, power and powerlessness, Anglos and Latinos. Yes, Mirrors points an accusatory finger at social and racial injustice. It denounces the United States for the War in Iraq. But it is not anti-American. It is a lyrical book with loving tributes to American jazz, Mark Twain, Sitting Bull, Emily Dickinson, and Rosa Parks. Latin Americans, like Pablo Neruda and Isabel Allende, have often had a way of seeing the best of North America, and the best in North Americans, and Galeano belongs to this tradition.

Moreover, Mirrors is at its beating heart an exhilarating book about the origin of things — beauty, fire, the postal service, hell, sugar, and the loving embrace between men and women that seems to make mere mortals feel like gods and goddesses. Using words sparingly, and with maximum power, Galeano gathers his subject matter from around the world, and from prehistoric times to the present. Again and again, he goes back to the beginnings of things — not the endings — and his emphasis on beginnings makes this a hopeful book. It is also a kind of literary olive branch extended from South to North. It is a peace offering from a world that has existed largely in darkness and in silence to a world of blinding brightness and deafening noise that sometimes seems determined to drown out the sounds of other cultures. Perhaps if readers in the United States were to embrace Galeano’s generous new book that does not beg or entreat, but asks resolutely for equal treatment, it might open the way to a new age, and lead to an era of mutual respect.

It might be that that is precisely what President Hugo Chavez of Venezuela had in mind when he handed a copy of Galeano’s Open Veins of Latin America to Barack Obama. In person, as well as in print, Galeano tends to be hopeful about the possibilities for social change. When I asked him for his view of the future he said, “I have written my books, especially my last one, Mirrors, to try to show that no place is more important than any other place, and that no person is more important than another person. Our collective memory has been mutilated by the controllers of the world who day-after-day mutilate our present reality. For real change, the dominant countries have to begin to learn to substitute the word friendship for the word leadership.”

[Jonah Raskin is the author most recently of Field Days: A Year of
Farming, Eating and Drinking Wine in California.]

Find ‘Mirrors: Stories of Almost Anyone,’ by Eduardo Galeano at Amazon.com