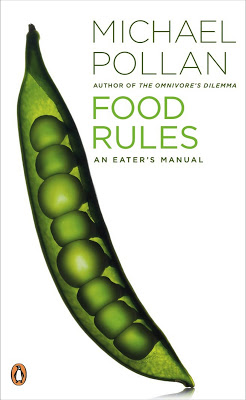 We can decide what we want to eat!
Michael Pollan: America’s new Food Czar

A few years ago, Berkeley, California, super chef Alice Waters of Chez Panisse fame suggested that Michael Pollan and Eric Schlosser run for president and vice president, respectively. That didn’t happen, of course, and who knows what might have occurred if they had campaigned for public office. Perhaps the American public would know more about industrial farming and about the fast food industry than it does now.

Schlosser, the author of Fast Food Nation, has largely disappeared from view for the moment. But Pollan, who has written half-a-dozen books, is more visible than ever before. In fact, he seems to have taken it upon himself to become America’s new food czar. On The Daily Show the first week of January he was certainly acting like the food czar and repeated his familiar mantra to Jon Stewart. “Eat food. Not too much. Mostly plants,” he said.

In his latest book, Food Rules, which has just been published in a mass market, paperback edition, he sets out 64 rules about eating and diet. Pollan probably has as much of a right as anyone else in America to tell eaters what to put into their bodies and what to avoid.

In Botany of Desire (2001), he described the fascinating history and evolution of four plants — apples, marijuana, tulips, and potatoes — and their integral connections to human wants and needs. In Omnivore’s Dilemma (2006), he exposed the pernicious place of corn in agribusiness, and the noxious dependency on corn syrup. He also poked holes in the halo that Whole Foods, the nation-wide food chain, was trying to wear, as though it was a spiritual institution, not a business for profit.

Then, in In Defense of Food (2008), subtitled “An Eater’s Manifesto,” Pollan took on “nutritionism,” and what he calls “the Western Diet.” At the end of that book, he offered 23 suggestions about eating properly, such as “Avoid Food Products that Make Health Claims,” “Shop the Periphery of the Supermarket and Stay Out of the Middle,” and “Eat Mostly Plants, Especially Leaves.”

For his latest book, Food Rules (2010), he has taken his original two dozen suggestions, and boiled them down to their essence. He has also added 41 additional suggestions, such as “Serve a proper portion and don’t go back for seconds,” and stirred them all together to produce a small stew of a book. Food Rules is largely nifty packaging, or rather repackaging. It doesn’t add much that’s new. Pollan’s publisher, Penguin, has also distilled his 64 rules to 10, and has printed them on bookmarks available in stores.

It’s true that Pollan has a certain healthy sense of humor about his rules. “Food Rules” is after all a playful title, and on the last page the author urges readers and eaters to “Break the Rules Once In a While.” Still, Pollan seems to take himself much too seriously. Do Americans really need 64 rules? Probably not! Who is going to remember all 64 and abide by them? Not many people.

Moreover, Pollan doesn’t see that for nearly every one of his rules there are valid exceptions. Sometimes seconds are very much in order. Sometimes it even feels good to pig out at least once in a while. Granted, leaves — lettuce leaves and spinach leaves — are good for us. But so are root vegetables. Yams, carrots, turnips, and parsnips are wonderful, nutritious and tasty.

Rules, even food rules, have always been broken; perhaps they’re made to be broken. Pollan’s 64 rules surely will be broken time and again, and while some eaters no doubt appreciate guidelines, the American diet probably won’t really improve until Americans take charge of their own eating habits and don’t turn to so-called experts for advice. The country doesn’t need drug czars or food czars, whether they’re self-appointed or appointed to office by a president.

Pollan can be very astute about the food industry, but at times he can also be blind, as when he suggests that Americans “buy a freezer,” and also “pay more, eat less.” The trouble with those two suggestions is that increasingly Americans can’t afford to buy a freezer or to pay more for food.

More Americans are hungry today than they have been in the last decade. Hunger is afoot in the land. More Americans are also relying on food stamps. In the light of those hard realities, Pollan’s suggestions seem like they’re aimed at the middle and upper classes — and are meant for people who can afford freezers.

He’s certainly not as oblivious to hunger as the 18th-century person who said, “Let them eat cake.” (Historians say it probably wasn’t Marie Antoinette.) But sometimes Pollan’s food rules can seem silly, and oblivious to the needs and wants of hungry Americans dependent on food stamps for their very survival.

[Jonah Raskin is the author of Field Days: A Year of Farming, Eating, and Drinking Wine in California (University of California Press).]