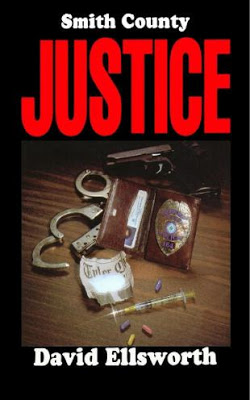 Authorities in Smith County (Tyler) might not be happy to learn that Smith County Justice, a book alleging systemic corruption and unusually harsh sentences in the county — that virtually disappeared after its 1985 publication — is now available online. For free.

Since the book appeared on Wikileaks earlier this year, it’s gained quite a following. (For those who want the original hardcover, four used copies are available on Amazon – starting at $595.)

Critics have long pointed to Smith County as one of the worst examples of “Texas-style” justice. It’s the county where a jury gave a guy 16 years for stealing a candy bar. (Fortunately, that sentence was overturned and a new trial was ordered. But that kinda gives you an idea of what Smith County juries are all about.)

The folks at Wikileaks were kind enough to explain why they think this book needs to be available:

The guilty authorities in Smith County have never acknowledged the evil of their ways or expressed remorse for the lives they ruined. Instead, legal and public relations firms have been engaged to mount a campaign to watch the used book markets for any used copies that might appear. Whenever such copies are found they are usually bought at whatever price is required and destroyed. As a result, used copies today have become rare and expensive. Eventually, almost all original printed editions can be expected to disappear.

Part of Ellsworth’s book focuses on a notoriously bogus series of drug busts in the late 1970s, which eventually became the basis for a novel and the 1991 movie Rush. But Smith County seemingly continued its time-honored tradition well after Ellsworth’s book came out, perhaps best illustrated in the case of Kerry Max Cook, who was tried four times in Smith County for the 1977 rape and murder of a 21-year-old woman. Cook spent about 20 years in prison – 13 on death row – before prosecutors allowed him to plead “no contest” for a time-served sentence. (Yes, it’s extremely confusing. It is apparently the only instance in a Texas death penalty case where the defendant was allowed to maintain innocence while technically being convicted). Kerry later recounted his prison experiences, which included being forced into sexual slavery, in his book Chasing Justice.

Hopefully, there won’t be any more scandals coming down the pike – but in case there are, you might want to download the book so you can brush up on your Smith County history.