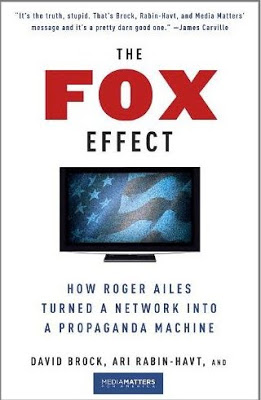 Sometimes education is not the answer, at least if the question is one that involves politics. A 2008 Pew report supports this proposition. What one believes about political issues is determined more by one’s view of the world than by facts.

There is more emotion involved with political beliefs than reasoning says the Pew study and another study by Dan Kahan at Yale University. Researcher and author George Lakoff suggests that people with authoritarian and individualistic orientations are less likely than others are to accept facts that are contrary to their emotional state.

More education does not fix this disconnect. Other researchers from Dartmouth and George Washington University have found that better-educated Republicans are more resistant to facts that aren’t emotionally satisfying than are their less well-educated compatriots.

Examples of this include the widespread (and false) belief among conservatives that the 2010 healthcare bill included “death panels,” the ridiculous proposition that Barack Obama is a Muslim, and the widespread right-wing fabrication that Obama is not a U.S. citizen. We’ll get to global warming in a minute.

Now, we have a new book that argues that the deliberate misrepresentation of facts by Fox News strengthens the conservative views of Republicans and poisons our political discourse.

The title of the new book by Ari Rabin-Hayt, David Brock, and their colleagues at Media Matters for America explains clearly its premise: “The Fox Effect: How Roger Ailes Turned a Network into a Propaganda Machine.” In case you were wondering whether these authors are nothing but a bunch of lefties and Democrats, the personal journey of David Brock might convince you otherwise.

Before Clinton’s presidency was over, Brock had his own Damascus Road experience and denounced his right-wing colleagues and himself for their sewer antics and dishonesty. Since that time, he has devoted himself to exposing conservative disinformation and misinformation, and was a founder of Media Matters for America.

Brock and Rabin-Hayt’s new book draws from memos leaked by disaffected Fox News employees to show that Fox is not just another news organization, but a propaganda mill whose purpose is to change the Republican Party into a political institution that satisfies the basest instincts of the neoconservatives who embody Fox News.

The Fox News Channel is in a real sense the alter ego of its president, Roger Ailes, who began his political career working for Richard Nixon and George H. W. Bush, for whom he produced the misleading, but politically brilliant, Willie Horton ad that shut down any chance Michael Dukakis may have had to become President.

To understand how close Fox News and Roger Ailes are to Republican Party politics, consider that in the week leading up to the first Tea Party events, Fox ran 100 promotional spots, all free. This largess fits in with Ailes’s desire to turn the party over to anti-government, libertarian, neoconservative forces. What Fox supports and promotes influences Republicans’ political beliefs more than the facts do. A clear example of this is the debate about global warming.

Their views have been so shaped by disinformation and propaganda broadcast by Fox News that they think there is no scientific consensus about climate change, a demonstrably untrue assertion. Now, the scientific consensus could be wrong, but there can be no doubt that such a consensus exists. Only dishonest reporters claim otherwise.

Fox viewers also believe that their taxes have increased under Barack Obama’s presidency, another position easily refuted, but one repeated so often on Fox that its viewers accept it as true. As Ari Rabin-Hayt says, all they need do is look at their own tax returns and they will see this proposition is false.

In a very real sense, Fox News is like the older brother of a friend of mine. When they argued as they were growing up, the older brother would make up facts so that he could win the argument. It didn’t matter to him that what he said was pure make-believe. He insisted that it was true, that he had read it somewhere, or that someone in authority provided the information — so he could win the argument.

The authors of The Fox Effect acknowledge that Roger Ailes is brilliant as a producer of Fox News. But he has devoted his brilliance to harming the world by poisoning the arena where much public discourse occurs today — the air waves of cable television.

Fox’s productions are excellent largely because Ailes insists on having high production values, utilizing great graphics and sets. Rabin-Hayt says that Fox News is more visually and auditorily appealing than other cable outlets.

Fox was the originator of the now-ubiquitous crawl — the news ticker that appears at the bottom of television screens during shows. Ailes created the crawl in the aftermath of the 9/11 tragedy when the news was coming in too fast to cover in only one way.

According to the authors of The Fox Effect, Fox News presenters and commentators don’t present false information by accident. They do so intentionally. The head of Fox’s news division in Washington, Bill Sammon, has acknowledged that five days before the 2008 election, he went on air and called Obama a socialist even though he knew it wasn’t true.

This false allegation was repeated on 30 Fox segments just before the election. If the essence of good journalism is presenting the truth, what can you say about someone who has acknowledged in writing that he lied for political purposes on a news show?

The authors of The Fox Effect believe that the fundamental problem with Fox News is that it destroys our national debate because its commentators and producers refuse to stipulate what the known facts are.

For instance, we can’t debate about whether the cost of fixing climate change will be worth the expense of transforming our economy in fundamental ways, if that would be necessary to correct the problem of global warming, because Fox (and its adherents) will not stipulate the scientific consensus about the fact that we have man-made climate change.

Whether we should move our economy, for instance, away from carbon-based energy can’t be discussed because Fox will not acknowledge the core facts that would lead to that discussion.

According to the authors, Fox doesn’t necessarily create lies — like the one about death panels during the health care debate — but it amplifies and gives a forum to such lies. In Rabin-Hayt’s view, Fox “launders” the lies.

Because Fox’s lies have been exposed, Fox now has as much credibility as a political party has; that is, it is suspect. Fox has been the key propaganda arm of the Republican Party for many years and gave the Tea Party element of the Republicans more cachet than the Tea Party would ever have mustered on its own.

As a letter-writer to The New York Times put it:

“By passing off conservative jihadism as ‘fair and balanced’ reporting, Ailes and Fox have diminished the journalistic enterprise itself, contributing mightily to a communications universe in which research, facts and dialogue are seen as soft, boring and ineffectual compared with fear-mongering, Bible-thumping and race-baiting. Honest debate becomes impossible, and the entire marketplace of ideas on which a functioning democratic society depends is put at risk.”

Just the point made by The Fox Effect.

This is why I have jokingly said that “friends don’t let friends watch Fox News,” at least not without adult supervision.