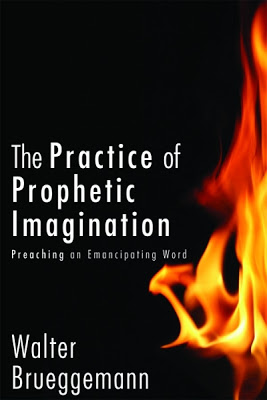 Does God take sides in the elections? Is there a voters’ guide hiding in our holy books? Should we pray for electoral inspiration?

Secular people tend to answer an emphatic “NO” to those questions, as do most progressive religious folk. Because religious fundamentalists so often present an easy-to-caricature version of faith-based politics — even to the point of implying that God would want us to vote for certain candidates — it’s tempting to want to banish all talk of the divine from political life.

But a blanket claim that “religion and politics don’t mix” misunderstands the inevitable connection between the two. Whether secular or religious, our political judgments are always rooted in first principles — claims about what it means to be human that can’t be reduced to evidence and logic.

Should people act purely out of self-interest, or is solidarity with others just as important? Do we owe loyalty to a nation-state? Under what conditions, if any, is the taking of a human life justified? What is the appropriate relationship of human beings to the larger living world?

These basic moral/spiritual questions underlie everyone’s politics, and our answers are shaped by the philosophical and/or theological systems in which we find inspiration and insight. Since everyone’s political positions reflect their foundational commitments, it doesn’t seem fair to say that those grounded in a secular philosophy can draw on their traditions, but people whose political outlooks are rooted in religion have to mute themselves.

Rather than trying to bracket religion out of politics, we should be discussing how religious traditions can play a role in a healthy politics, and one productive place to start in the context of the Christian tradition is Walter Brueggemann’s new book, The Practice of Prophetic Imagination: Preaching an Emancipatory Word.

Building on the book for which he is most known — The Prophetic Imagination, first published in 1978 with a second edition in 2001 — Brueggemann moves beyond sectarian politics and self-satisfied religion to ask difficult questions about our relationship to power. He makes it clear that taking the prophetic tradition seriously means being willing to make those around us — and ourselves — uncomfortable.

In that earlier book, Brueggemann argued that the tradition of prophecy demands more of us than a self-indulgent expression of righteous indignation over injustice or vague calls for social justice, what he calls “a liberal understanding of prophecy” that can serve as “an attractive and face-saving device for any excessive abrasiveness in the service of almost any cause.”

Brueggemann wants more from those who claim to stand in the prophetic tradition, which he asserts is rooted in resistance to the dominance of a “royal consciousness” that produces numbness in people. Prophetic ministry, Brueggemann argues in that first book, seeks to “penetrate the numbness in order to face the body of death in which we are caught” and “penetrate despair so that new futures can be believed in and embraced by us.”

And make no mistake, Brueggemann’s concern is not the royal culture of Biblical days but dominant culture of the contemporary United States and its quest for endless material acquisition and constant expansion of power.

Brueggemann also makes it clear that the prophet is not a finger-wagging scold. The task of prophetic ministry is to bring to public expression “the dread of endings, the collapse of our self-madness, the barriers and pecking orders that secure us at each other’s expense, and the fearful practice of eating off the table of a hungry brother or sister.”

In other words, prophets speak the language of mourning, “that crying in pathos,” that provides “the ultimate form of criticism, for it announces the sure end of the whole royal arrangement.”

More than three decades after the publication of that book, Brueggemann returns to explore the implications of taking seriously the prophetic imagination, specifically for clergy. But while the book is aimed at preachers and their struggles to bring the prophetic imagination alive in a congregation, Brueggemann’s words are relevant to any citizen concerned about the health of our politics and the state of the world.

The new book begins by arguing that the gospel narrative of social transformation, justice, and compassion is in direct conflict with the dominant narrative of the United States: “therapeutic, technological, consumerist militarism” that “is committed to the notion of self-invention in the pursuit of self-sufficiency.”

The logic and goals of that dominant culture foster “competitive productivity, motivated by pervasive anxiety about having enough, or being enough, or being in control.” All this bolsters notions of “US exceptionalism that gives warrant to the usurpatious pursuit of commodities in the name of freedom, at the expense of the neighbor.”

Right out of the gate, Brueggemann makes it clear that he is going to critique not just the problems of the moment but the political, economic, and social systems from which those problems emerge, and that to speak frankly about those systems means taking risks.

Preachers who put the articulation of this prophetic imagination at the center of their work — and he makes it clear that preachers don’t have to claim to be prophets but should see themselves as “handler[s] of the prophetic tradition” — will most likely encounter intense resistance to the message. The dominant narrative does dominate, after all, and critics are rarely embraced.

Just as the prophets struggled to persuade a royal culture that preferred to ignore the message, so do contemporary preachers need to connect the dots and make a case that goes against the grain. Central to this process is that dot-connecting, that naming of reality.

“Prophetic preaching does not put people in crisis. Rather it names and makes palpable the crisis already pulsing among us,” Brueggemann writes. “When the dots are connected, it will require naming the defining sins among us of environmental abuse, neighborly disregard, long-term racism, self-indulgent consumerism, all the staples from those ancient truthtellers translated into our time and place.”

What masks those sins, Brueggemann writes, is “a totalizing ideology of exceptionalism that precludes critique of our entitlements and self-regard,” and the prophetic imagination helps us see that.

Once we accept this critique of the systems that surround us, the next step is dealing with a sense of loss and the accompanying grief as we let go of the illusions that come with wealth and power. “That function of prophetic preaching is important because in a society of buoyant denial as ours is, there is no venue for public grief,” he writes. “It is required, in the dominant narrative, to rush past loss to confident ‘recovery’ according to a tight ideology of success.”

Brueggemann does not suggest we stay mired in grief; when society’s denial has been penetrated, prophetic preaching has the task of giving voice to “hope-filled possibility.” But he reminds us to be careful not to jump too quickly into an empty hope:

“Hope can, of course, be spoken too soon. And when spoken too soon, it may too soon overcome the loss and short-circuit the indispensable embrace of guilt and loss. The new possibility is always on the horizon for prophetic preachers. But good sense and theological courage are required to know when to say what.”

This is our task — the tearing down of systems inconsistent with our values and the building up of something new, dismantling and restoration — not only for preachers seeking to be handlers of the prophetic tradition, but for anyone interested in facing honestly our political, economic, and social problems.

Again, Brueggemann’s goal in the book isn’t to advocate for specific politicians, parties, or political programs but to articulate the underlying values that should inform our political thinking. He seeks to confront truth (against denial) and articulate hope (against despair) in the face of a “denying, despairing, totalizing ideology” that presents itself as the only game in town.

While it is difficult for many people to let go of the dominant ideology, Brueggemann argues that people “yearn and trust for more than the empire can offer. We yearn for abundance and transformation and restoration. We yearn beyond the possible.”

Brueggemann’s analysis may resonate with many progressive people who aren’t churchgoers or don’t consider themselves spiritual in any sense, but who may ask whether his arguments need to draw on a religious tradition. Wouldn’t most of his arguments make just as much sense in the language of secular politics? I think they would, but there is great value in Brueggemann’s approach.

First, whatever any one person’s beliefs, the dominant religion in the United States is Christianity; around three-quarters of the U.S. population identifies as Christian in some sense. The stories of that tradition are the stories of our culture, and the struggle over that interpretation is crucial to political and social life.

Even more important is the fact that church is still a place where people come to think about these basic questions. Even in the most timid church, the question of “what are people for?” is on the agenda, and hence there is potential to challenge the dominant culture’s values.

“The local congregation continues to be a matrix for emancipatory, subversive utterance that is not amenable to totalizing ideology,” Brueggemann writes.

“People continue to sit and listen attentively to the exposition of the word. People still entertain the odd thought, in spite of the reductionisms of modernity, that God is a real character and the defining agent in the life of the world. People still gather in church to hear and struggle with what is no on offer anywhere else.”

Brueggemann’s invocation of “God” may put off secular people, who assume that any use of the term implies supernatural claims about God as an actual being that directs the universe. But that is not the only way to understand God, of course. In fact, one of the greatest conversation-starting aspects of this approach is the always provocative question, “What do you mean by God?” When someone cites God, we can — and should — ask: Is God a being, entity, or force in the world? Is God the name humans use for that which is beyond our understanding? What is God to you?

Rather than closing down conversation along sectarian lines, our religious traditions have the capacity to open up the conversations about meaning that are difficult to have in a privatized, depoliticized, mass-mediated, mass-medicated world.

To ask whether we should understand our world through a religious or secular lens is to misunderstand both — it’s not an either/or proposition. We have the tools of modernity and science to help us understand what we can understand about the material world. We have faith traditions that remind us of the limits of our understanding.

In the church I attend, St. Andrew’s, (a progressive Presbyterian congregation), those two approaches are not at odds but part of the same project — to understand a world facing multiple crises, drawing on the best of religious and secular traditions, struggling together to solve the problems that can be solved and to face the problems that may be beyond solutions

In a world in collapse, these realities often seem too painful to bear and the work before us often seems overwhelming. The prophetic tradition offers a language for understanding that pain and finding the collective strength to continue.