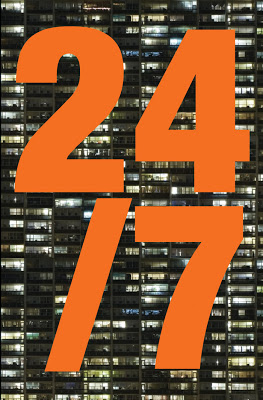 Most of us are familiar with the fact that the global financial markets run 24 hours a day and seven days a week with just a few exceptions. This is due in part to the incredible improvements in technology which have enabled trading to occur at rocket speed and across national borders. Also important in this scenario is the loosening of laws restricting financial trading to domestic markets.

The combination of these phenomena has helped create a world where the machinations of capital never stop, with the consequence that the insecurity natural to capitalism is enhanced exponentially. Economies are more fragile, jobs more temporary, and working people’s lives even less meaningful.

The only members of the capitalist economy and society that benefits in both the short and long term are those at the top: the executives at financial houses, corporations, and media outlets and those entities’ owners.

A new book simply titled 24/7: Late Capitalism and the Ends of Sleep, addresses this latest modification of the capitalist world. The author, Jonathan Crary, begins his essay with a description of some ongoing attempts by scientists and military services to create a medication that eliminates the need for sleep from the human body.

Unlike amphetamine-type drugs, which wear one’s body out by keeping it going beyond its natural ability, these drugs would just eliminate the need for the body to rest. Not only would this create an ideal soldier (hence the military’s participation in the research) it would also create the ideal worker, whether that worker is a well-paid trader at the NYSE or an assembler on a factory floor in China.

Crary moves past his anecdote to examine the relationship between regulated time and capitalism. He explains how once time was mechanized capitalism was also bound to come along. Or was it the other way around?

Chicken and egg questions aside, it can be safely stated that capitalism has certainly decided how we spend our time since it began to dominate our lives and how we perceive them. Given this fact, Crary continues his discussion of sleep, stating that it may be the only bodily function that modern capital cannot colonize. Indeed, it may be the only aspect left in modern society’s daily routine that can truly be considered part of what philosopher Hannah Arendt called the private sphere.

Arendt is but one of the twentieth century philosophers Crary refers to in this intelligent and intriguing discussion of how modern monopoly capitalism insinuates itself into the most intimate aspects of our lives. Another is the Frankfurt School essayist and New Left thinker Herbert Marcuse, who wrote extensively on the nature of freedom in modern society and was among the first to conclude that the modern capitalist economy had taken away our freedom and replaced it with a freedom of choice between different consumer goods that were in reality essentially the same product.

Besides philosophers, Crary introduces the reader to filmmakers and artists and his particular perception of their works in relation to the ever-increasing commodification of our time and the subsequent loss of independence the modern citizen has experienced. He also examines the increasing use of medicinal sleeping aids and their relation to the 24/7 capitalist express.

Tangentially, he discusses the current pharmaceutical determination to designate every human psychology that differs from what is good for that express as outside the norm and therefore requiring some kind of pharmaceutical solution.

24/7 is a masterful exploration of the place of human individuals and their dreams, and the future of the species in today’s age of nonstop neoliberal capitalism and its multitude of manifestations. The text provides a historical survey of capitalism’s growing encroachment on individual human life and the reasons this occurs, yet emphasizes the current scenario where that encroachment has increased in a manner previously impossible, but now matter of course thanks to today’s technological advances.

While a philosophical treatise, it rarely wanders into a verbal density that would render it unreadable. In other words, it definitely will not put the reader to sleep.