BOOKS / Ron Jacobs : In a World Without Reason 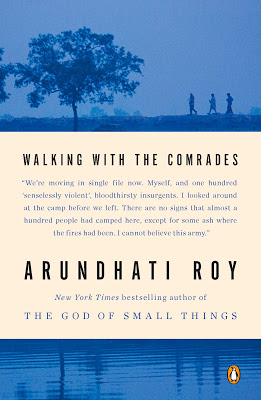 Paranoia, hedonism, and resistance:
In a world without reason

I had a summer job once that involved watering pot plants twice a day. One of a few different positions I held in the industry during the 1980s, it paid the least and smelled the best.

The grow area was in the woods of the Pacific Northwest and our operation was but one of many. Despite the fact that I smoked a fair amount of weed back then, I was rarely paranoid when going about my job. Planes flying above me maybe taking pictures? No problem. Cops on the road three miles from the patch? Still no problem. Plants missing stalks where the day before there had been buds the length of my hand. Must be deer.

No matter what, my mindset at the time did not allow for paranoia. Perhaps this was related to my recent move from the streets of Berkeley, California where my street politics and small-time dealing combined with an in-your-face attitude towards authority figures (especially the cops that walked the Telegraph Ave. beat) made me a pretty paranoid cat.

Getting stopped and frisked a few times a week by big cops with guns and fairly menacing mugs will do that to a person; just ask the thousands of Blacks and Latinos in New York City (or any other urban area in North America).

Anyhow, the contrast between the streets of Berkeley and Oakland and the benevolence of the Olympic coniferous realms on the waters of the lake made me considerably less paranoid.

T.C. Boyle is a writer with whom I have a mixed relationship. A fan of his back cover dandyish author photos, I have found only a couple of his books to be up my alley. Both of them have something to do with the wake of the Sixties counterculture.

Drop City does a wonderful job chronicling the life of a group of misfit adventurers in their attempt to homestead in Alaska. Budding Prospects, the book I am recommending here, is a rollicking, paranoid and delightful horticultural adventure. The story takes place in the 1980s and involves a get-rich-quick scheme launched by four men with varying levels of commitment and a number of attributes that prevent most of them from working at any regular job for very long.

At turns hilarious as a Bugs Bunny cartoon seems when one is stoned on really good weed and at other times a tale of paranoia gone wild (also similar to an experience one might have when stoned on really good herb), the book is an entertaining look at the early days of marijuana growing in California.

When I lived in California, the woods a couple hours north of San Francisco were beginning to produce some mighty fine weed. The locals watched hippies and others move into the area. Within a year, many of those hippies had some nice new pickups, so the locals got into the growing business, too. When I would drive up with friends going to make a purchase for the city folks I would get left at a bar in town. Money flowed freely and every hardware store had a variety of scissors and other implements used primarily by growers and their helpers.

I have no idea what it is like in the area now, but the last year I was there in the 1980s people were fearful of the DEA helicopters, which had begun flying regular missions over the area. Budding Prospects captures this fear while simultaneously making light of it in a way many a pot smoker would understand.

Something not quite as light, but from around the same time period, is Michael Moorcock’s King of the City. Moorcock, a very prolific British writer probably best known for his numerous science fiction and fantasy novels, is also something of an anti-capitalist and anarchist. Although I have read some of his sci-fi (mostly when I was in junior high), I do not recall much of it.

King of the City, on the other hand, is unforgettable. The story of a group of friends from the London slums, this novel is really about the commodification of everything. Rock and roll to social services; London’s bridges to NGOs; public housing and politicians.

One of the friends is a photographer who began as the photographer equivalent of an investigative journalist and ends up working for a tabloid. Another is a billionaire businessman who owns politicians, journalists, and half of London, not to mention several other parts of the world. Another friend is a woman who is also the photographer’s cousin. She has loved, lost and made a name for herself as a superstar, society woma,n and goddess of goodwill to the world’s poor. The final friend is a former rock musician whose paranoia overwhelms him.

The beginnings of this quartet’s connections were in the public housing projects known as the Huguenots in the novel. Their bonds increased while they played in a successful rock band known as Deep Fix based somewhat on Moorcock’s flings with the bands Hawkwind and Blue Oyster Cult, not to mention his own outfit known as Deep Fix (the name of the group in the novel). Their story ends in a mind-altering spectacle on a bridge over the Thames.

Like David Peace in his masterwork GB84, Moorcock portrays the Thatcher years and the reign of brutal capitalism they ushered in. Also like Peace, the message is clear, when everything is for sale; anything of worth no longer has any value. Escape seems a very viable response.

This point is brought home quite vividly by Arundhati Roy in her 2011 release titled Walking With the Comrades. This journalistic essay describing Roy’s stay with some members of the elusive, yet powerful Communist Party of India (Maoist) or the Naxalites as they are commonly known, is an indictment of an India where corporate money has usurped even the illusion of democracy.

In a prose that is simultaneously gentle and harsh, Roy describes the situation of India’s vast millions vis a vis the ruling classes and their corporate masters. She tells the story of the forgotten tribal peoples whose lands are being illegally taken away and turned over to mining conglomerates intent on profits and their accompanying destruction.

Of course, nothing is what it is called. Schools attacked by the guerrillas are really barracks for the special security police whose mission is to destroy any opposition to corporate capital. Human rights commissions are agencies whose primary mission is to call massacres by right wing paramilitaries resettlements. The Maoists are called the greatest threat to democracy when it is the corporations that have rendered it obsolete.

Not only is Mother India revealed as the near epitome of neoliberal exploitation, but also as an unabashed manipulator of colonialist language. George Orwell would certainly be proud.

These three books explore a world where the powerful are in control and the hold of the wealthy on the economy renders millions redundant in that economy. More people than ever truly have nothing left to lose, except for their freedom (and conversely, their chains, as the saying goes).

This reality is what fuels the paranoia of the dope growers, the hedonism of Moorcock’s rockers, and the resistance of the Maoists. In the world of corporate fascism, each response is as reasonable as the other.