Books : Tangled Up in Dylan 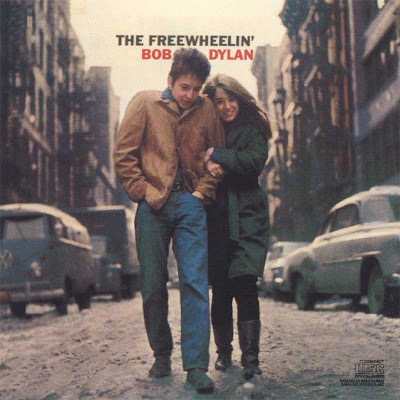 Suze Rotolo, the musician’s first muse, has written an entertaining memoir about their love affair that is also a remarkable portrait of living and making art in the 1960s.
By Stephanie Zacharek / April 26, 2008

Face it: The art — or is it more of a science? — of dissecting Bob Dylan is a man’s game. Most of the Dylan scholars (both the smart and the lame ones), the rock critics who have collectively spent several lifetimes wrestling with his lyrics, the civilian gasbags who hold forth at dinner parties whenever his name is even mentioned, are men. I used to have an officemate who, whenever he wanted to take a break from doing actual work (which was shockingly often), would march into my office singing some random Dylan lyric and challenge me to name which song it came from. I know women who love Dylan’s music as much as anyone else does, but I’ve never met one who felt the need to be a walking, talking sack of trivia.

So whether she knows it or not — and I suspect she does — Suze Rotolo has taken something of a risk in writing a memoir of the time she spent in the early ’60s as the girlfriend of the Great Man. There are going to be people out there who think she’s just cashing in on her role as a handmaiden to genius. But “A Freewheelin’ Time: A Memoir of Greenwich Village in the Sixties” is only partly about Dylan. Rotolo has written a perceptive, entertaining and often touching book about a remarkable era in recent American cultural history, about a way of living, of making art, that couldn’t have happened at any other time or in any other place.

This is about as far from a juicy tell-all as a memoir can get: Rotolo does share some private details of the story of her romance with Dylan — the two met in 1961, when Rotolo was 17 and Dylan was 20, and were a couple for some four years — but her approach is so sensitive, discreet and affectionate that she never comes off as opportunistic. This is an honest book about a great love affair, set against the folk music revival of the early 1960s, but its sense of time and place is so vivid that it’s also another kind of love story: one about a very special pocket of New York, in the days when impoverished artists, and not just supermodels, could afford to live there.

Read all of it here. / salon.com
The Rag Blog

This entry was posted in RagBlog and tagged Books, Music, Popular Culture, Sixties. Bookmark the permalink.