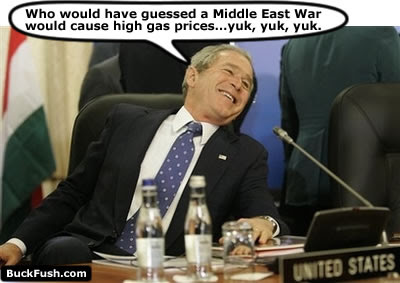 WASHINGTON — President Bush has set a record he’d presumably prefer to avoid: the highest disapproval rating of any president in the 70-year history of the Gallup Poll.

In a USA TODAY/Gallup Poll taken recently, 28% of Americans approve of the job Bush is doing; 69% disapprove. The approval rating matches the low point of his presidency, and the disapproval sets a new high for any president since Franklin Roosevelt.

The previous record of 67% was reached by Harry Truman in January 1952, when the United States was enmeshed in the Korean War.

Bush’s rating has worsened amid “collapsing optimism about the economy,” says Charles Franklin, a political scientist at the University of Wisconsin-Madison who studies presidential approval. Record gas prices and a wave of home foreclosures have fueled voter angst.

Bush also holds the record for the other extreme: the highest approval rating of any president in Gallup’s history. In September 2001, in the days after the 9/11 attacks, Bush’s approval spiked to 90%. In another record, the percentage of Americans who say the invasion of Iraq was a mistake reached a new high, 63%, in the latest poll.

Assessments of Bush’s presidency are harsh. By 69%-27%, those polled say Bush’s tenure in general has been a failure, not a success.

Low approval ratings make it more difficult for presidents to maneuver, limiting their ability to get legislation passed or boost candidates in congressional elections.

“The president understands war and the slowdown in the economy weigh down public opinion, but the situation in Iraq is improving, and the economy is about to get a big boost from the stimulus package,” White House spokesman Scott Stanzel said.

Bush has had dismal ratings through most of his second term. His approval rating hasn’t reached as high as 50% since May 2005. He has been steadily below 40% since September 2006.

Views of Bush divide sharply along party lines. Among Republicans, 66% approve and 32% disapprove. Disapproval is nearly universal — 91% — among Democrats. Of independents, 23% approve, 72% disapprove of the job he’s doing.

This entry was posted in RagBlog and tagged Bush, Economy, U.S. Government. Bookmark the permalink.