BushCo : Remember Them When You Lose Your Home 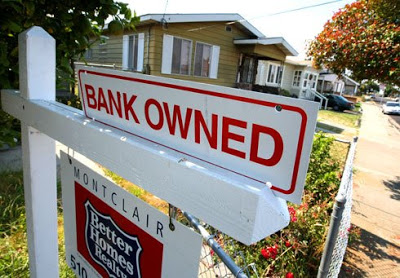 One of the most ignored aspects of the subprime mortgage catastrophe is the extremely active role the Bush administration played in creating it.

Last February, I pointed out an op-ed piece in the Washington Post that was written by then New York governor Eliot Spitzer, just before those unseemly events at the Mayflower Hotel dislodged him from office.

Spitzer revealed that not only did the Bush administration do nothing to prevent the subprime mortgage crisis, it actually “embarked on an aggressive and unprecedented campaign to prevent states from protecting their residents from the very problems to which the federal government was turning a blind eye.” When predatory lending practices became so prevalent five years ago that attorneys general in all 50 states started to take action against the banks responsible for the crisis, for the first time in its history Bush used the federal Office of the Comptroller of the Currency as a tool against consumers.

Some diligent lawyer in the administration dug up a clause from an 1863 banking act that gave the OCC the power to preempt all state predatory lending laws: “The OCC also promulgated new rules that prevented states from enforcing any of their own consumer protection laws against national banks. The federal government’s actions were so egregious and so unprecedented that all 50 state attorneys general, and all 50 state banking superintendents, actively fought the new rules. But the unanimous opposition of the 50 states did not deter, or even slow, the Bush administration in its goal of protecting the banks.”

This is an amazing example of federal intervention on behalf of the pure greed of America’s banks. And as far as I can tell, it has received virtually no coverage by the leading national newspapers or any television network.

This week, the Wall Street Journal did report on a smaller example of the federal government’s active role in creating the crisis. Mark Maremont wrote that after the Federal Deposit Insurance Company seized the assets of Superior Bank FSB, then a national subprime lender based in Hinsdale, Illinois, the FDIC “continued to run the bank’s subprime mortgage business for months as it looked for a buyer. With FDIC people supervising day-to-day operations, Superior funded more than 6,700 new subprime loans worth more than $550 million, according to federal mortgage data.”

“The FDIC then sold a big chunk of the loans to another bank. That loan pool was afflicted by the same problems for which regulators have faulted the industry: lending to unqualified borrowers, inflated appraisals, and poor verification of borrowers’ incomes, according to a written report from a government-hired expert. The report said that many of the loans never should have been made in the first place.”

In another fine story this week, titled “Unraveling Reagan,” the Journal reported on the only good effect of this scandal: a long overdue resurgence of government regulation of the financial sector.

Written by Bob Davis, Damian Paletta, and Rebecca Smith, the story described “a new wave of government regulation of business and the economy.”

“Federal and state governments alike are increasingly hands-on in their effort to deal with failing businesses, plunging house prices, worthless mortgages, and soaring energy prices. The steps add up to a major challenge to the movement toward deregulation that has defined American governance for much of the past quarter-century since the ‘Reagan Revolution’ of the early 1980s. In fact, some proponents today of a bigger oversight role for government are Republican heirs to the legacy of President Reagan.”

The housing and financial crisis may be finishing off the Reagan Revolution, the movement of smaller government and lighter regulation that has defined governance for the past 25 years. On Thursday, the government’s role in policing the financial markets took center stage at a House Financial Services Committee hearing.

“There’s a backlash against the laissez-faire, ‘isn’t it wonderful how creative markets are’ viewpoint,” says former Fed vice chairman Alan Blinder, a Democrat. “Markets are creative, but sometimes the creativity leads to strange and dangerous directions.”

What this scandal really proves is that the intellectual bankruptcy of the neocons reflected by the invasion of Iraq has a perfect mirror image in their obsession with deregulation of the economy. If a new Democratic president is elected with enhanced majorities in the House and Senate, he will have the opportunity to emulate everything Franklin Roosevelt did in the ’30s in response to the last great American binge of greed—the one that led to the crash of 1929.

This entry was posted in RagBlog and tagged Bush Administration, Economy. Bookmark the permalink.